30 June 2016 at 11:22 am
Sue Ash
It’s time the Australian Government sees social housing as an essential – and ideal – investment in the future of the country, writes Sue Ash chair of UnitingCare Australia’s Social Policy Network.

Opinion:It’s time the Australian Government sees social housing as an essential – and ideal – investment in the future of the country, writes Sue Ash chair of UnitingCare Australia’s Social Policy Network.

$10 billion spent over five years could house 100,000 homeless people, and deliver jobs and growth as well.

Evidence increasingly suggests it’s time to recognise that social housing is essential infrastructure for Australia, and an ideal investment for government and business.

On any given night, around 100,000 Australians are homeless. That’s one in 200 of us, and more than a quarter of them are under the age of 18. At the same time, affordable housing is increasingly out-of-reach for the less well-off in Australia.

Australia has a strong track record of delivering infrastructure where it is needed and will do the most good. Telecommunications, for example, was recognised very early as an essential tool in linking Australians with family, friends and business. It was also recognised that government investment was required to make it happen across our vast and diverse nation: no private investor would take on the scale of risk involved.

The evidence of the returns on government investment in infrastructure essential to economic growth and social welfare such as roads, railways, airports, the electricity grid, schools and hospitals, is all around us.

Housing and homelessness are two sides of the same coin. By alleviating the housing shortage for the poorest and most vulnerable members of our community, we also work towards reducing the number of Australians who sleep under a bridge or inside an industrial dump bin.

From 1994 to 2014, household renters experienced a 62 per cent increase in average weekly housing costs, after adjustment for inflation. But Newstart allowances haven’t increased in real terms since 1996. In the same period, minimum wages fell from 55 per cent to 40 per cent as a proportion of average wage. In other words, while rent increased, real income at the bottom of the range fell.

It’s time Australia looked at social housing as economic and community infrastructure – a necessary investment in the future of the country. Looked at another way, a lack of housing costs society in the same way as poor internet speeds, but the effects are much more dramatic and cruel.

Growing up in a secure and safe environment is vital for the long term prospects of young Australians getting an education and then a job, which in turn is good for growth. The social and economic costs of long term housing insecurity and welfare dependency are exponentially greater for government and taxpayers.

And because large infrastructure projects, which social housing should be, generate consistent rental income over a long period, they are ideal for a joint venture with the private sector. Indeed, the private sector has the potential to be more responsive to the needs of the community in terms of design, location, financing and maintenance.

This is not a revolutionary proposal. The federal government drove massive programs of housing construction after both world wars as part of broader efforts to stimulate the economy.

From 1981 to 1996, public rental stock increased by about 100,000 additional dwellings. Unfortunately, the period from 1996 to 2011 saw a decline in stock of 12,000 dwellings. If construction levels had matched the earlier period, the total public housing supply would be 200,000 dwellings higher today. This estimate is not far short of the National Housing Supply Council’s estimate of housing supply shortfall in Australia.

A recent report cited a range of studies that have documented the failure of the private rental sector to cater for the needs of low income renters. That study estimates a national shortage of 187,000 dwellings for the lowest income quintile.

Furthermore, recent research shows that problems of housing affordability displaces many of the country’s most vulnerable into areas with fewer opportunities. In other words, once the worse off in our community slide over the edge, it’s extraordinarily difficult to climb back up. The larger this problem becomes, the more it works as an anchor on the Australian economy.

It is also important that social housing be part of a web of other services assisting the most vulnerable, such as community mental health services, clinical mental health support, financial counselling, addiction treatment and rehabilitation services, employment services, and so on. Community services can also provide other ancillary support for disadvantaged households, such as emergency relief, assistance with various types of counselling, and life skills.

This support should be offered in concert with the bricks and mortar of affordable housing, providing a complete package to lift people from poverty and disadvantage.

Recent St Vincent de Paul Society research suggests $10 billion spent over five years on new housing stock would put a roof over the head of most of the 100,000 who are currently homeless.

Ultimately, we believe that a truly national investment strategy including urban, rural, remote and Indigenous communities, is required, ensuring that the funds available for affordable housing and homelessness services are tied to measurable outcomes.

UnitingCare Australia is convening a national forum on housing and homelessness in October, and stands ready to work with government and other stakeholders to deliver the innovative solutions required to address what has become a national crisis.

About the author: Sue Ash AO is chief executive officer of UnitingCare West and chair of the Social Policy Network of UnitingCare Australia. She was previously CEO of the Western Australian Council of Social Services 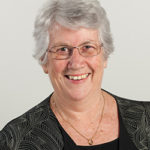