Influencing the Influencers | How to engage with decision makers.

× The live session has passed. Catch up by downloading the post-webinar pack below.

PURCHASE MATERIALS FOR THIS WEBINAR

The Post Webinar Pack is now available for purchase. It includes:

Audio and video recordings, slide decks and webinar books for the webinar. The webinar book is a tool designed to ensure your learnings last. It includes the session’s transcript with corresponding slides, the live chat stream and presenter notes.

Influencing decision-makers is at the heart of successful advocacy, but is your organisation working as strategically and effectively as possible to achieve your aims?

In this 60-minute webinar, four highly experienced operators will give provide their insights and work through a hypothetical case to demonstrate how to: 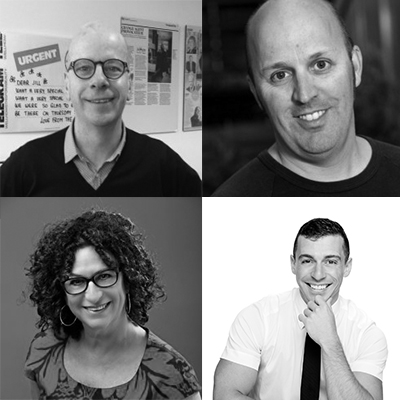 Karen Mahlab, Founder Pro Bono Australia Karen Mahlab been an innovator in opening the channels of connection between communities, not-for-profit organisations, volunteers, philanthropy and business. She is a passionate believer in the power of community and connection. She established Pro Bono Australia in 1999 as a for-purpose business. Since then it has developed into the major national "hub for the common good", with close to one million Australians who want to volunteer, give, get a job or read the latest news and information about Australia’s civil society using Pro Bono Australia's services. Pro Bono Australia became a registered B Corp in 2014. Karen sits on a wide variety of private and not-for-profit boards and committees. She was awarded Member of the Order of Australia (AM) Queen's Birthday 2015 for contribution to the Australian not-for-profit sector and innovation in philanthropy. John Spierings, Executive Officer Reichstein Foundation, and former Prime Ministerial Adviser. Before joining Reichstein Foundation in 2013, John spent more than four and a half years as a senior adviser to former prime minister Julia Gillard with responsibilities for higher education, skills, industry, innovation, science, research and employment policy issues. He worked as a researcher and policy advocate in education and training with the Dusseldorp Skills Forum between 1998 and 2008. John has a PhD in Australian economic history, focused on business management in Australia between the wars. He has previously worked at Adelaide, Monash and Melbourne universities. He was a Councillor at the City of St Kilda between 1990 and 1994, being Mayor in 1992-93. He has a long standing interest in social justice, community development and social policy issues. Neil Pharoah, Government Affairs Consultant Neil Pharaoh has led public policy, advocacy, and business issue campaigns for corporations, foundations, and non-for-profit organisations. His five years as chair of the ALP’s core national rights organisation for social justice and equality issues, Rainbow Labor, saw more than 200 significant LGBTI legislative and regulatory changes. Neil’s deep knowledge of government relations positions him as a leading authority on the intersection of civil society, business and government. His work has resulted in major policy and program shifts across all levels of Australian government. Neil has developed and executed the strategic frameworks, corporate social responsibility and advocacy initiatives for a major international and Australian businesses including Samsung, Shell, Accenture, Westpac, and Bank of Melbourne.He serves on the United Nations Development Program (UNDP) panel on Civics and Democracy, and was the Australian Co-Chair of the Nexus Global Philanthropy Movement. In 2014, he stood for a seat in the State Parliament in Victoria, Australia and, while narrowly losing the marginal seat campaign, brings a deep understanding of electoral dynamics and its application in the Australian government’s decision-making processes. Mark Wakeham, CEO Environment Victoria. Environment Victoria is one of Australia’s leading environmental non-government organisations, which focuses on campaigns for a safe climate, healthy rivers and sustainable production, consumption and communities. Prior to that he worked as an Energy campaigner for Greenpeace Australia Pacific for three years where he helped build a movement of Australians wanting climate change action and successfully worked for the introduction of renewable energy and energy efficiency targets in Victoria, New South Wales and nationally. He has worked in the solar industry and also as Coordinator of the Environment Centre of the Northern Territory; a lecturer at the Northern Territory University, and was an Army radio operator. Mark has degrees in Economics, Australian History and Adult Education, as well as a large student debt.