Location : Australia (Can be located anywhere in Australia)

IHA is a public company limited by guarantee and is governed by a constitution in accordance with the Corporations Act 2001 (Cth).  As such, IHA is required to implement and maintain a Board of Directors in accordance with its constitution.  The Corporations Act and IHA Constitution provides the Board with the power to appoint committees, and to delegate to such committees any of the authority of the Board.  Committee members may include a combination of IHA Director(s), IHA Portfolio Director(s), Board appointed person(s) or MA elected person(s).

IHA seeks to appoint the following representatives to the IHA Nomination Committee:

–   Board appointed member (one independent position).

Whilst the above committee member roles are not directors of the company, IHA’s expectations are that the role has the same duties and responsibilities as a director role and therefore this application form has been drafted accordingly. The term for a Committee Member is two (2) years.

The two Independent Nomination Committee members shall be individuals with no association or connection to organised ice hockey in Australia and have no active role in ice hockey or in businesses that benefit financially from ice hockey for at least two (2) years prior to becoming a member of the Committee.

The role requires preparing for and attending quarterly committee meetings, considering applications for vacant Elected Director positions to determine Eligible Director Candidates, selection of individuals to be appointed to the Board as Appointed Directors or under a Casual Vacancy, and advising the Board and the Voting Members in relation to the matrix of skills that it considers should be held by the Directors.  Additional ad hoc meetings, candidate review and reporting as requested by the Board may be required.

The role is a volunteer role with authorised expenses reimbursed.  IHA has embraced virtual board meetings and as such face-to-face meetings are kept to a minimum.

Download the application form, complete and return to office@iha.org.au

We are looking to recruit a new volunteer with Marketing exp...

As an Oracle Cloud Engineer you will lead on cloud technolog... 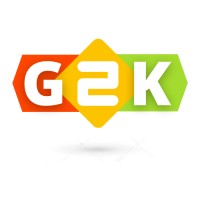