Boards need to be concerned about human rights, quality and safeguarding

28 July 2020 at 7:00 am
Alan Hough
Recent royal commissions have shown us that when it comes to human rights, boards must take responsibility for the people their organisations support, writes Alan Hough from Purpose at Work, in the first in a three-part series.

Print
Boards need to be concerned about human rights, quality and safeguarding
28 July 2020 at 7:00 am

Recent royal commissions have shown us that when it comes to human rights, boards must take responsibility for the people their organisations support, writes Alan Hough from Purpose at Work, in the first in a three-part series.

SafeWork SA is reported to be investigating the board members of Integrity Care SA, the provider of services to the late Annie Smith, who is said to have died in appalling circumstances. Although SafeWork SA has declined to comment on the focus of its inquiry, it has confirmed that the inquiry exists. The Adelaide Advertiser reports that the inquiry into the directors of Integrity Care will focus on legal and regulatory compliance. Presumably this will include inquiring into if the directors exercised due diligence as required by work health and safety law.

For some time, royal commissions, commissions of inquiry and regulators have been stating that boards of directors of human service organisations are responsible for their organisation observing and promoting the human rights of the people the organisation supports, and for the quality and safety of services being delivered.

As the Royal Commission into Child Sex Abuse said, “if the problems we have identified are to be adequately addressed, changes must be made to the culture, structure and governance practices” of organisations.

The Aged Care Royal Commission has called board chairs – as well as CEOs – to the witness box, had a week of hearings dedicated to governance, and flagged that more investigations of boards and governance are to follow.

The Disability Royal Commission has been asking questions about whether board members have been trained in the human rights approach, and about the inclusion of people with disability on boards and executive teams.

Even the Banking Royal Commission argued that boards must accept responsibility for what happens at the frontline: “There can be no doubt that the primary responsibility for misconduct… lies with the entities concerned and those who managed and controlled those entities: their boards and senior management… The task of the board is overall superintendence of the company, not its day-to-day management. But an integral part of that task is being able and willing to challenge management on key issues, and doing that whenever necessary.”

Some regulators, such as the Aged Care Quality and Safety Commissioner, have been active in talking about the responsibilities of boards. Commissioner Janet Anderson recently stated:

“[Let’s take] ‘adverse events’. Now, you don’t need to know about every single adverse event, but how many of them have occurred? What are the circumstances in which they have occurred? What has been learned from that occurrence? And what has taken place, if anything was necessary, to ensure that systemically… it will not happen again? That is absolutely squarely the role of boards and board members.”

If overseas experience is any guide, we can expect other regulators to become increasingly demanding. As the English Charity Commission said after its recent review of the Royal National Institute of Blind People: “Protecting people and safeguarding responsibilities should be a governance priority for all charities…. [boards of directors] must take reasonable steps to protect people who come into contact with their charity from harm. Protecting people from harm is not an overhead to be minimised, it is a fundamental and integral part of operating as a charity for the public benefit.”

These developments challenge the practices of those boards that have historically been more focused on financial and strategy issues than on service delivery. But as the Chinese proverb states, “The fish rots from the head”.

If our human service organisations are to stop the abuse and neglect of the people they support, we need co-leadership to improve human rights, quality and safeguarding. There needs to be involvement and leadership from clients, frontline staff, managers, the executive team, and the board. 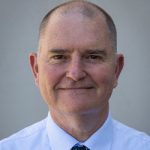 Alan Hough is a director at Purpose at Work.

Is winding up on your board’s agenda? Maybe it should be.