2 July 2020 at 7:00 am
Daryl Jones
Over the last few months, a number of significant issues have been happening in the NFP sector. Daryl Jones from HLB Mann Judd Brisbane outlines some of the things you should be aware of.

Over the last few months, a number of significant issues have been happening in the NFP sector. Daryl Jones from HLB Mann Judd Brisbane outlines some of the things you should be aware of.

The government introduced a number of changes and confirmed existing arrangements already announced. In summary:

On 13 May 2020, Senator Zed Seselja, assistant minister for finance, charities and electoral matters, announced that the government remains committed to reforming the administration and oversight of DGRs. However, given legislative delays brought on by the COVID-19 pandemic, three reforms that were scheduled to be implemented from 1 July 2020 have been delayed.

On 31 May 2018, a panel chaired by Patrick McClure AO handed the assistant minister to the treasurer its report “Strengthening for Purpose: The Australian Charities and Not-For-Profits Commission Legislation Review”.

The report makes 30 recommendations to strengthen the ACNC’s legislative framework that focus on issues including the ACNCs objects, functions and powers, the overall regulatory framework, and red tape reduction for charities.

The government response to the report was released on 6 March 2020, its key responses being: 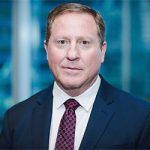