How business can engage in the fight against modern slavery

3 March 2021 at 7:00 am
Kate Carroll
By working with suppliers businesses can help raise awareness of modern slavery and better understand the structures that allow it to thrive, writes Kate Carroll, sustainability manager at Beyond Bank Australia.

Print
How business can engage in the fight against modern slavery
3 March 2021 at 7:00 am

By working with suppliers businesses can help raise awareness of modern slavery and better understand the structures that allow it to thrive, writes Kate Carroll, sustainability manager at Beyond Bank Australia.

Modern slavery is a reality that has been so well hidden that many would not have thought it a problem until the introduction of modern slavery legislation abroad, and more recently here in 2018. Even still, many people remain oblivious to the link in their everyday lives through the products they buy.

It’s a problem that persists and thrives deep within opaque and complex global supply chains. Where the distance between what we buy and where it actually comes from allows us to dissociate ourselves from this enquiry.

Modern slavery describes situations where coercion, threats or deception are used to exploit victims and undermine their freedom. It includes eight types of serious exploitation including; trafficking in persons, slavery, servitude, forced marriage, forced labour, debt bondage, deceptive recruiting for labour or services and the worst forms of child labour. There are approximately 40 million victims of modern slavery globally, the majority of which are women and girls.

The intent of the Modern Slavery Act is to address this issue by asking the business community to take responsibility for increasing transparency within their operations and supply chains.

Think of it like a relay race to better understand how workers are treated. In this case the baton is actually a torch, and each supplier is being asked to pass that torch to their direct suppliers in order to shine a light of transparency along the supply chain – until it reaches the most remote and darkest parts. This solution can only work however if each business plays their part.

At Beyond Bank this is our approach to help play our part to eliminate modern slavery. We believe that supplier engagement is key to helping increase transparency. By working with and building on the relationships we have with our suppliers we can work together to raise awareness of the issue and better understand the structures that allow it to thrive.

Every organisation has a role to play to help address this issue whether they are for profit or not for profit.

Firstly, by having clear expectations of the standards you expect from suppliers – this may involve working with other like-minded organisations or having a code of conduct that clearly outlines those expectations.

Secondly, by raising awareness and helping educate suppliers (particularly those not required to comply with the modern slavery legislation) and smaller businesses that may not have awareness of the issue. We believe that by deepening our relationships with suppliers and engaging with them in a meaningful way, we can help to equip them to address the issue whilst effectively managing the risk for our own business.

Next, by understanding the industries you engage with that may have a higher risk of modern slavery and asking questions of those suppliers to better understand how they treat their workers. This may include, for example, understanding that your suppliers do not:

Finally, when an issue has been identified – working with the supplier, rather than terminating a relationship, ensures that incidences of modern slavery are rectified and remediated where possible instead of being passed over.

Our suppliers are an extension of our organisation and should reflect our values and the standards that we set for our own business. Engaging with suppliers and working collaboratively with them to not only address modern slavery risk but also other ESG challenges is an effective way that business can create positive and lasting change.

The choices we take today can have a positive impact on society. To find out more about what Beyond Bank is doing in the fight against modern slavery you can read our first modern slavery statement here. 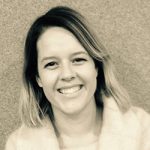 Kate Carroll is the sustainability manager at Beyond Bank Australia.