The seven deadly crisis sins – and how to avoid them

17 August 2021 at 7:00 am
Mark Forbes
No matter the size of your organisation, having a crisis plan should save damage down the track, writes Icon Reputation director and award-winning journalist Mark Forbes, sharing the seven crisis sins all NFPs should be wary of.

No matter the size of your organisation, having a crisis plan should save damage down the track, writes Icon Reputation director and award-winning journalist Mark Forbes, sharing the seven crisis sins all NFPs should be wary of.

Sifting through the aftermath of crises helps identify their most common culprits. As we explore in Icon Reputation’s e-book, Surviving Crisis, understanding the triggers leading to a crisis is essential to reducing the likelihood of others occurring.

An estimated 80 per cent of crises can be anticipated and responses planned to deal with them, but a surprising number of organisations don’t have a crisis plan, or if they do they never test it.

There are seven common “deadly crisis sins” across all organisations – from large corporates to the smallest not for profits – that we should be wary of:

As digitisation and artificial intelligence reaches new heights, it’s important not to let emotional intelligence take a backseat in an organisation.

Failing to recognise and adhere to the responsibilities inherent in a social licence to operate is an unsustainable mindset. It displays a lack of moral agency that will exacerbate a crisis, rather than combat it. Ethics are just as important before a crisis as it is after the event breaks.

This comes under an even brighter spotlight for NFPs. For example, the Oxfam scandal that involved aid workers acting exploitatively in Haiti back in 2018 is still used as a case study in the media today.

With moral decision-making, it’s essential that an element of sound reasoning is included and egoistic behaviour is avoided.

They say rules are made to be broken, but when it comes to abiding by environmental or financial legislation, it’s necessary to play by the directive. Failing to do so is one of the most common causes of crisis.

Even if a leader believes they are above the law there should be structures and processes to ensure it is complied with. Employees aren’t expected to know every law, but knowing when to seek out professional advice is essential.

Having policies in place is one thing, but more important is ensuring your staff, volunteers, board and others understand them.

Our world, and corporate culture, is ever-changing yet some organisations may resist the pull to new social expectations. This can create jarring and awkward positioning.

A lack of diversity, inclusion and equity weaken a brand’s culture, which came to the fore during the Black Lives Matter movement. Organisations the world over were criticised for advocating for the rights of people of colour on Instagram, without backing it up through real action.

Awareness of changing cultural expectations, and adapting, is needed to reduce risk of crisis.

According to the AusCERT Cyber Security Survey, over 60 per cent of organisations in Australia do not have the resources necessary to respond to cybersecurity attacks. Data breaches have become frequent in Australia in recent times.

Cyber attacks can impact any business or government. Recent targets ranged from the Australian Parliament to major companies like Nine Network and TollGroup, as well as state-based NFPs such as UnitingCare Queensland. Security breaches can be especially devastating for charities as they suggest they cannot protect the financial details of donors.

If confidential documents and details have been exposed it’s important to understand that the impact goes beyond the organisation and will deeply affect the personal lives of employees, donors and other related stakeholders. As this leads to a lack of trust, funding and partnerships can be impacted.

The failure to deliver on promises is bound to leave an organisation in hot water. Discrepancy between expectation and reality causes stakeholders and the general public to distrust the organisation. In 2019, basketball fans who attended Australia versus team USA were sorely disappointed with seating arrangements at Docklands Stadium. The disconnect between what the event promised and the outcome resulted in an outcry from fans on social media and notably, Russell Crowe.

6. Not tracking the conversation

Organisations can walk into a crisis by not listening to key stakeholders. Internally, employee unrest may occur as a result of poor wages and working conditions. Externally, customers may take issue with the quality of a product or service.

It’s crucial for an organisation to track and assess the dialogue of all stakeholders and the general public. It’s possible to intervene on an issue before it goes viral. Gaining insight on what people are saying about your organisation and your brand will help build the best strategy to engage with stakeholders.

An estimated 80 per cent of crises can be anticipated and responses planned to deal with them, but a surprising number of organisations don’t have a crisis plan, or if they do they never test it. No matter the size of your organisation, having a crisis plan in place will save damage down the track.

A lack of preparation can mean many organisations will delay accepting they are in crisis, and fail to quickly make the critical immediate responses.

Never believe your organisation is exempt from a crisis, no matter how confident you are in its operation. Recognising triggers of crisis and being able to confidently apply a crisis plan will limit the temptation to use denial as a response.

Want to read more? Get a free copy of the full e-book.

Icon Reputation partners with organisations and their leaders to shape and defend reputation through powerful media influence, multi-channel thinking and data-informed tactics. Part of the multi-award-winning Icon Agency group, Icon Reputation is headed by Mark Forbes, former editor-in-chief of The Age. 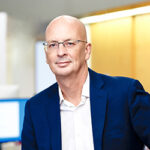 Director of Icon Reputation, Mark Forbes is a Walkley-award-winning journalist and former editor-in-chief of The Age. He has also worked at Four Corners and Channel Seven, in the federal and state parliament press galleries and as an overseas correspondent. Mark brings almost 30 years’ experience to his communications advice, which includes issues management, crisis communications, interview coaching and media relations.

Australian charity of the year revealed