21 January 2016 at 11:23 am
Barbara Pesel
Having a well thought-out digital strategy with planned content and scheduled distribution means an organisation can show its true self to the world, writes specialist NFP communications strategist, Barbara Pesel.

Having a well thought-out digital strategy with planned content and scheduled distribution means an organisation can show its true self to the world, writes specialist NFP communications strategist, Barbara Pesel.

You understand that communicating with stakeholders and growing relationships is crucial to your organisation’s success. After all, a Not for Profit would be nothing without its loyal supporters.

While using social media in an ad-hoc fashion is one way to maintain communication with your audience and remain top-of-mind, it is certainly not the most effective approach.

It makes sense that more and more NFPs are turning to social media. It’s cost-effective, easy to set-up and relatively straight-forward to maintain. Even Pope Francis is doing it… @pontifex as he is known to 7.9 million followers via his Twitter handle.

But, for the more ad-hoc social media users out there, imagine how much more you could say with your 140 characters if you only took the time to plan.

Of course, this kind of planning requires a little extra time and effort – resources that are scarce in the NFP sector. Corporations usually have strong strategic plans underlying their digital communications programs, but Not for Profits can be tempted to cut corners. However, implementing a strategic approach in this area can have real, tangible benefits that will pay off in the long-term.

Strategic planning affords an organisation the opportunity to look at the big picture and figure out the steps needed to achieve long-term success.

Taking the time to plan will encourage you to consider the points-of-view and reactions of all stakeholders to your scheduled activities. It is important to remember that each post will impact different people in different ways. How will what you post affect people emotionally? How will it impact on business people and potential donors?

Identifying the pitfalls and second-guessing the possible reactions play a crucial role in the process. Once you have a clear understanding of the potential risks, you will be well equipped to manage them, if and when they occur.

Well-planned, appropriate, timely activity can help secure ongoing sponsorship, rather than generating one-off donations. It can also transform a passive audience into a community of engaged supporters and advocates that are able to communicate directly with one another.

When dealing with sensitive or controversial community issues, as so many NFPs do, there is always room for things to go wrong. These are issues that people feel incredibly passionate about and, the likelihood is they will take any opportunity to get vocal.

By ensuring your organisation has planned for the worst case scenario, it can swiftly take a proactive approach when issues arise.

Being prepared for a crisis is more important than ever before when you consider the ever increasing dominance of social media. Today, everybody is a journalist and everybody has a platform to vent. Within seconds, we can connect to a worldwide audience and share news, views, grievances and everything else in between. It is essential, therefore, that when a crisis manifests you become part of the conversation early, with clearly thought-out messages.

There’s a reason why, after thousands of years, storytelling still has the power to move and influence. Consistent communication with stakeholders through social media gives organisations the opportunity to tell their story over time.

For example, making a donation is no longer the end of the story as far as the donor is concerned. They expect to be kept in the loop about the positive outcomes resulting from their donation – what has their generosity helped achieve? Social media provides you the opportunity to continue telling the story and, at the same time, remain accountable to your supporters.

Having a well thought-out digital strategy with planned content and scheduled distribution means an organisation can show its true self to the world. And remember, everything an organisation says should come from its core reason for being. I like to call this the DNA.

In my own business, I make it a priority to practice what I preach – insisting that we walk the talk when it comes to approaching social media in a structured and strategic manner.

We make a point of tweeting about our areas of specialisation – such as education and the Not for Profit space – as well as communications issues. We also have a blog schedule, and stick to it – if not religiously, then as a matter of priority.

I know from personal experience that it’s challenging to create and stick to a strategic social media plan amid the deadlines, pressure and shortage of time, but, thanks to the excellent social media analytical tools available, I also know it works.

If you’re starting small, there are lots of simple tactics you can employ to set the ball rolling in establishing your online presence. Your organisation is bound to be a mine of potential content. Highlight the stories of donors and volunteers; interact regularly with relevant organisations, people and pages; send Tweets directly to key influencers with specific “asks”, share pertinent facts and stats, ask your audience questions to stimulate interaction and, importantly, make sure you respond to every interaction.

I’m sure you will be aware of the ALS Ice Bucket Challenge that took the internet by storm in 2014. How much strategy was involved is debatable, but it is a great demonstrator of what can be achieved via social media through clever thinking and capturing the imagination of the public.

During my career, I have witnessed the game-changing shift from a media with a single voice talking to the masses to a media which provides everybody with a voice. And since the dawn of social media, I have become acutely aware of how good communications can effect real change in the community.

About the author: Barbara Pesel has more than 25 years experience in corporate communications with a focus on issues management, stakeholder engagement and strategic planning. She founded Pesel & Carr in 1997. Follow her on Twitter and LinkedIn. 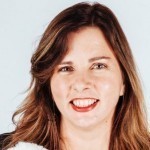 Barbara Pesel is the founder of Pesel & Carr and has more than 25 years experience in corporate communications.