29 February 2016 at 9:48 am
Di Armbrust
Employees taking annual leave is good for an organisation, but many people do not take it as often as they should. Author and HR specialist Di Armbrust explores the reasons why. We all like to …

Print
Five Reasons Why Annual Leave is not Taken and How to Manage it
29 February 2016 at 9:48 am

Employees taking annual leave is good for an organisation, but many people do not take it as often as they should. Author and HR specialist Di Armbrust explores the reasons why.

Not so states Traveller Magazine. They report 11 per cent of Australians in 2014 did not take annual leave.

Even though annual leave is an entitlement for those who work full-time or part-time. The presumption is, for the most part, employees will take their annual leave so they can have an adequate rest from their job and on their return be more productive.

There is no prescribed manner for the amount of annual leave that should be taken in one block. Best practice suggests at least one block of three weeks is good for employees. Why? They take one week to wind down, one week to enjoy their break and then the third week is preparing themselves to come back to work.

So why don’t people take annual leave? There are a number of reasons for not taking it. Some relate to the way humans think and behave while others are a real concern for organisations.

There are five main reasons that need to be considered.

Sufferers of imposter syndrome live in fear of being exposed as frauds. They think if someone else does their job they will be exposed as not being as good as they really are.

The reality for these people is that they are usually really good at their job, and because of their “perfectionist” way of thinking, the little things that go wrong become big things. They can’t help but think they will be exposed. While they know they do a really good job, they don’t think what they do and how they do it as anything special.

People who suffer from imposter syndrome need reassurance that they are doing a fantastic job. They need to be encouraged to take annual leave and to know that they will be sorely missed. When they return from leave let them know that they were missed.

People who are lazy and/or are pushed for time can take short cuts. These short cuts often result in the use of “bandaids” to quickly fix issues. These people know that their “bandaid” will fix an issue temporarily and therefore won’t be exposed – at least in the short-term.

Often they have the view that they will return and fix the “bandaid” in the future. Rarely does this occur – either because they forget or they are too busy. Having somebody relieve them in their role when they take annual leave can expose their “bandaids” so they choose not to take annual leave – or only take a small amount.

These people with a “cover up mentality” generally have the interests of the organisation at heart however can end up creating a long-term problem.

As with all employees, they need to be encouraged, or in some cases, requested to take their annual leave. If you find that an employee is using “bandaids”, advise them that “bandaids” aren’t acceptable. However, if the culture is one that accepts people using “bandaids”, there is a systemic issue which needs to be addressed.

Another reason people do not take annual leave is because their identity is inextricably entwined with their role. For many of us, work is a defining aspect of our life and we feel important whilst we are doing our job.

Removing ourselves from what gives us our identity can create anxiety as we feel less important. These people can work long hours to continue the feeling of importance.

When they leave to go home or take annual leave they feel their importance diminishes as they deal with everyday life.

These employees need to be encouraged to take leave. Announcing an important job that you want them to do on their return once they are rested will assist to ease the anxiety they feel.

An employee who doesn’t take annual leave could have committed a fraud. By taking annual leave, they know that the fraud is likely to be detected.

According to a KPMG report, fraud is on the rise and organisations are at risk if they don’t have good controls in place.

Employees who have committed a fraud are unlikely to take annual leave even if encouraged. They will have a reason why they “can’t” for everything that you suggest. Therefore, if an employee cannot be encouraged to take annual leave, you may need to enact the provisions of any Award or industrial legislation that apply to your organisation to formally advise the employee to take leave.

Employees will sometimes not take leave because their manager is a hard taskmaster and thinks poorly of anyone who takes annual leave. The manager instils this in the culture generally by what they say and how they say it.

Organisations need to review annual leave reports to determine whether employees in any particular department are not taking annual leave, or if they are taking it, whether it is sufficient or not.

This may help find managers who are not performing optimally because they don’t understand the need to look after the welfare of their employees. Employees who work for such managers often find themselves burning out over time which is a risk to an organisation.

The shortcomings of a poor management style need to be overcome through feedback and if necessary, through a good performance management process.

The taking of annual leave is important for the health and wellbeing of employees. It is also equally important for organisations so their risk is managed.

About the Author: Di Armbrust is a senior HR consultant based in Brisbane and the author of The 2% Effect – Removing Complexity and Managing for High Performance. She is a Certified Professional member of the Australian Human Resources Institute and is a Commissioner for Declarations in Queensland. Armbrust is a recipient of a Pride in Workmanship Award from the Rotary Club. 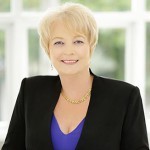 Di Armbrust is a senior HR consultant based in Brisbane and the author of The 2% Effect – Removing Complexity and Managing for High Performance.