8 March 2016 at 9:59 am
Joe Saxton
The UK charity sector has had 12 months unlike any other under the spotlight – in the eyes of the media, public and politicians – and rarely for the right reasons, writes Joe Saxton from nfpSynergy.

Print
Blog: Ten Things UK Charities Need to do to Restore Reputation
8 March 2016 at 9:59 am

The UK charity sector has had 12 months unlike any other under the spotlight – in the eyes of the media, public and politicians – and rarely for the right reasons, writes Joe Saxton from nfpSynergy.

The UK Not for Profit sector has been riddled with controversy over fundraising techniques and governance. Saxton says the response of the sector has been varied, and largely ineffective.

Here Saxton looks at the state of the UK sector and shares his blueprint on how to re-establish the sector’s reputation as well as modernise the sector for the 21st century.

2. Trusteeship needs a revolution
The standard of charity trusteeship needs to be higher, both through better trustees and better practices. The code of good governance for the sector is at best treading water (though Northern Ireland has just relaunched its code), and at worst moribund.

3. Better media messages and spokespeople
The sector’s performance in the face of media stories has been patchy to put it mildly. When the big stories have broken the sector has been unable to effectively counter the accusations made against us. We need better messages and a breadth of articulate spokespeople.

4. Forget our good works
Because we are the charity sector, there is a tendency to believe that doing good works makes us different, and that we can operate to a different set of criteria to the public or private sectors because of this. We must never let the good work of the sector make us feel we can do things that other sectors wouldn’t be able to get away with.

6. Develop a thirst for scrutiny
We need a culture change in the sector in which we welcome scrutiny. We need to embrace criticism, not instinctively reject it, not least because it is one of the ways we understand the gaps between what we do, and how we are seen.

7. Create a standards office for charities
There have been many attempts to find a way to evaluate the performance of charities. We need a kind of Ofsted for Charities (the UK Government’s Office for Standards in Education, Children’s Services and Skills) which would have a set of key criteria about how charities were working. These could include: governance, financial management, effectiveness of mission delivery, fundraising, communications and so on. It wouldn’t be perfect or easy, but it would be an improvement.

8. Better charity metrics and clearer charity accounts
We need to provide clearer and better information to help people judge charities, both on how they spend their money and how well they do their job. This means changes to charity accounts, and also better ways of charities summarising the difference they have made. It also means a change in attitude by those who think that simple metrics are crass and inappropriate.

9. Get the message across about our good works
In apparent contradiction to the point above, we need to make sure that we are in the news for the amazing works that charities do. The media coverage of charities is divided into the terrible and the angelic, the former we have seen so much of recently. We need to find ways to make the coverage of the fascinating work that charities do normal, not exceptional.

10. Comprehensive stakeholder research
One of the weaknesses is that the sector seems to do little research in how different stakeholder groups see charities and the sector. We need some comprehensive research to help the sector know where it is going wrong and what it is doing right to rebuild public trust.

And wrapping it all together: Create a 10 year plan
During the last year, there was too much knee-jerk response by the sector to the media coverage. All the evidence is that the media and politicians will continue digging for dirt for the foreseeable future. This means there are no short-term fixes to the situation we are in. We need a 10 year plan to tackle it and not a series of sticking-plaster solutions.

About the author: Joe Saxton is “Driver of Ideas” at nfpSynergy – a consultancy based in the UK. He has been the chair of four different charities and founded two. He has sat on the boards or sub-committees of four more charities and also has experience from numerous other charities where he has worked with the trustee boards as either a consultant to the organisation or as a senior member of staff.

This is an edited extract from Joe Saxton’s blueprint for restoring the charity sector’s reputation report. The full report is a download from his website. 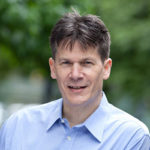