8 March 2016 at 9:23 am
Tabitha Lovett
Although often seen as the domain of wealthy patriarchs, women have historically taken a leading role in the establishment of philanthropic foundations, and on International Women’s Day, Tabitha Lovett, from Equity Trustees, outlines the actions …

Although often seen as the domain of wealthy patriarchs, women have historically taken a leading role in the establishment of philanthropic foundations, and on International Women’s Day, Tabitha Lovett, from Equity Trustees, outlines the actions of women – both as donors and recipients – of funding.

Women tend to outlive men and when they build and inherit wealth they often decide to use it to give back to the community. Those who establish foundations often tell us they do not want to just sit on a fortune but rather see it as a responsibility of their wealth to help others less fortunate and contribute to the greater good.

When deciding on where to direct philanthropic trust distributions in a way that will specifically support women, the focus is most often towards health and creating opportunity through education.

Over the 2015 calendar year, the 450 charitable trusts managed by Equity Trustees (with more than $1.8 billion in funds under management) distributed close to $70 million to charitable causes following the directions and wishes of the trusts’ founders.

Health and medical research is the most common sector to receive philanthropic funds – with half of the money distributed to this category. Next most popular was children and youth (13 per cent), followed by material aid and welfare in Australia (11 per cent) and animals and environment (8 per cent).

While many of the programs funded benefit both men and women, when looking at the programs that have the specific intention of benefiting women, grants are often directed towards projects which seek to empower women through education and employment.

The ways in which these trusts have distributed over decades often reflects cultural norms and priorities of the time.

For example, the Felton Bequest established in 1904, divides its income annually between Victorian charitable organisations that benefit women and children and the National Gallery of Victoria (NGV) to purchase works of art.

At the time of its establishment, it provided the NGV with access to funds greater than those of London’s National and Tate Galleries combined and is the most valuable bequest ever made to the arts in Australia with the current value of its gifts now exceeding $2 billion.

At the turn of the 20th century the charitable organisations assisting women and children often had as their mission the welfare of unwed mothers, spinsters and widows.

In today’s environment with the serious consequences of domestic violence and child abuse attracting greater public attention – the Felton Bequest Committee and other trusts – are seeing an increase in requests to fund programs that seek to prevent violence and abuse, help victims escape and educate men to speak out against it.

The advancement of women through education has always been a popular area of focus for the charitable foundations, and women philanthropists are often interested in funding education to further the prospects for other women.

The Mary Jane Lewis Scholarship Foundation is a good example of this development. It provides scholarships of $10,000 a year for three years for young women to undertake an undergraduate degree at the University of Melbourne.

The Foundation was established in 2004 by the Dafydd Lewis Trust managed by Equity Trustees, which was set up 70 years ago to support young men to attend university before female attendance was the norm.

Named after the wife of Dafydd Lewis, the Foundation has granted 22 scholarships to young women.

During the program a scholar will also receive financial literacy training, a life and career skills workshop, a visit of interest to a significant and usually inaccessible iconic Melbourne location and she is connected with a mentor in her final year of study.

When discretion regarding the decision on education funding is left to Equity Trustees most often consideration is given to helping as many women as possible with the funds available.

For instance, we increasingly have to make decisions around the best way to fund educational opportunities for women. It may involve funding a program designed to encourage young women to maintain attendance at their local high school and complete their secondary education rather than providing a scholarship for just one talented student to attend a private school.

With the health system under continued pressure and ongoing cuts to funding, it doesn’t surprise us that bequests to women’s hospitals are another popular option for those wanting to advance the cause of women.

There is increasing pressure on existing health services, and often government funding does not keep up with demand. A large number of the charitable trusts were established to benefit hospitals and medical research institutions.

It is not necessary to be a millionaire to be a philanthropist. With a seed amount of $20,000, families and individuals can establish their own charitable fund through a public ancillary foundation, such as the Equity Trustees Charitable Foundation – and join many others with the same desire to give back to the community and advance charitable causes. Collectively, they can grow philanthropy in Australia – incrementally, but powerfully.

About the author: Tabitha Lovett is the General Manager, Philanthropy at Equity Trustees. She joined the firm in 2009 and is responsible for managing the charitable trusts that EQT administers on behalf of benefactors. Prior to joining EQT, Lovett was grants manager at the Victoria Law Foundation and the manager of the Public Interest Law Clearing House (PILCH). She has also worked as a solicitor in the construction practice of Mallesons Stephen Jaques. 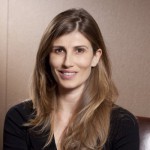 Tabitha Lovett is the General Manager of Philanthropy at Equity Trustees