Ownership Disruption In the Sharing Economy

Who would have thought that terms like disruption, innovation and entrepreneurship would become part of the mainstream public policy discussion in Australia about the future growth of our economy and broader society? The prime minister is talking about it and federally the Labor Party has a shadow portfolio for digital innovation and startups.

The politicians and commentators have only just caught up with the way people are living and working today. Social media, professional networking and online workplace collaboration tools have had a massive impact on the way we communicate with each other, including in the workplace. These technologies by their very nature change relationships from vertical, hierarchical and rigid to horizontal, flat and agile. We can see the old lines of authority and ways of doing business melting away.

A perfect example is the rising popularity of coworking spaces. Freelancers in these new places of work get on with their individual contracted work and then almost organically associate with others for mutual benefit. These places bring together people who don’t just rent a space to work but can eat in communal space, share knowledge and skills in workshops and collaborate on projects. Sure, this can happen in good workplaces but the relationships in a coworking space emerge from carefully curated interactions rather than from arbitrarily formed workplace organisation.

Online platforms like Uber and Airbnb allow us to gain economic benefit from our underutilised cars and homes. Airtasker does a similar thing but it is our work time that is for hire. These companies don’t provide taxis, hotel rooms or employees but they provide ways for people to communicate with each other online allowing them to connect, to share access to untapped resources or capacity for economic benefit.

Despite the development of new ways of doing business, we know not all is well in our economy. We have very high levels of underemployment. Not all of the contracted work in gig economy is fun – it can be precarious in nature making it hard to make a living, and have enough time to rest. The online sharing platforms are extracting huge profit from the relationships they facilitate. The ownership structure is similar to an old-fashioned company. External investors own while the sharing generates the profit.

The old industries are packing up shop. The car industry is leaving town. What will happen to the communities left behind? According to an ACU forum I attended, when this happened in Detroit the city went bankrupt and the garbage service is now funded by philanthropy. As a nation we now realise that startups and entrepreneurship are no longer the preserve of the people of the past like the late messrs Christopher Skase and Alan Bond. We need new enterprise to replace the old in places like Broadmeadows and Geelong.

However, something seems missing from the conversation. What if the people who work in the new forms of enterprise actually had an ownership stake in the business that they are building? This is already starting to happen. For example, Sydney-based Cooperative Home Care provides services to older people with disability or chronic illness via self-managed care crews who own the enterprise. However, there are also Uber-like startups in this space that offer similar work without the sense of dignity that employee ownership with cooperation can provide.

It is estimated that almost half of the University of Melbourne’s Melbourne Accelerator Program (MAP) startup alumni companies use some form of employee share scheme. This seems natural enough – you build the startup as co-owners; why not keep it that way? This approach challenges business as usual.

Internationally, according to the US-based National Center for Employee Ownership, 37 of the 73 companies with stock on the Fortune 2016 Best Companies to Work For list have some kind of broad-based employee share ownership plan (27 employers are partnerships, Not for Profits, or subsidiaries of foreign corporations).

So, what better employee engagement than employee ownership? The innovation stays on board. No productivity carrots and sticks are needed; in an employee-owned enterprise we own both. Research says with some certainty that when ownership and participative management are combined, substantial gains result. The difference is that this generates mutual benefit.

From employee share schemes in large companies through to employee owned cooperatives, employee ownership can result in more cohesive, engaged and productive workplaces contributing to economic development and national wellbeing.

About the author: Antony McMullen coordinates membership and communication for Employee Ownership Australia and New Zealand and is involved in two upcoming conferences on Sharing the Employee Ownership Future and Platform Cooperativism – how to make the “Uber” economy work for people. He is also a part-time policy consultant with Catholic Social Services Victoria.

Antony can be contacted via email antony.mcmullen@employeeownership.com.au 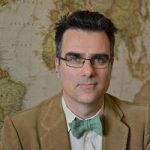 Antony McMullen is a co-op founder, director and developer.