15 June 2016 at 10:19 am
Savannah Holliday
Koky Saly, who came to Australia as a refugee, has created a business making and selling backpacks used from recycled materials to help fund education and schools in Cambodia, writes Savannah Holliday in this week’s Spotlight on Social Enterprise.

Koky Saly, who came to Australia as a refugee, has created a business making and selling backpacks used from recycled materials to help fund education and schools in Cambodia, writes Savannah Holliday in this week’s Spotlight on Social Enterprise.

BeeKeeper makes backpacks and other products from recycled fabric sourced from Cambodia and Australia. From each backpack sold, $7 to $10 goes towards supporting an English language program in one of the schools that Koky Saly built in rural Cambodia.

BeeKeeper was set up to provide funding for Saly’s other organisation BabyTree Projects. BabyTree Projects was Saly’s first project, and he has built five schools to date and has contributed to a solar project, providing electricity in the homes of some of the students that attend his school.

The inspiration to undertake such a project came as a result of Saly wanting to help rebuild Cambodia.

Saly and his family came to Australia as refugees from Cambodia in 1980. He was born during the Khmer Rouge regime in a temple that had been converted into a prison camp for pregnant women. This is where his mother was kept and where he spent the first three years of his life.

“When I grew up and finished my university studies I did a bit of fundraising and I felt ready to go back to Cambodia to help change and rebuild the country,” Saly said.

“My dad sat me down and said, Koky there’s a village in Cambodia that will give you land for free on the condition that you build a school for them because they don’t have one. I thought that was incredible. I decided to tell all my friends who were fundraisers and had a mindset that they wanted to change the world and so I said all you need to do is fundraise, I’ll organise the other side of it.”

Saly and his friends ran a successful crowdfunding campaign, and then lived in Cambodia for three months and helped to build a school along with local builders and the community.

“I returned to Australia thinking that’s it, that’s done, I’ve done my bit. But I got letters from other villages asking for help, they would like schools too,” he said.

“And so I thought if I was going to do this properly, to build more schools I had to set up a proper organisation and so we did and that’s how BabyTree was born.”

BabyTree Projects is dedicated to creating quality education in Cambodia. BabyTree sets up the development and practical side of Saly’s projects, while BeeKeeper provides the funding.

“BeeKeeper got started to try to solve an issue in my life and that was fundraising. We had already built four schools by the time I got to the stage where I thought [about] how I could make it a bit more sustainable without having to fundraise for the rest of my life,” he said.

In 2014, a crowdfunding campaign raised over $25,000. In March 2015 BeeKeeper launched online, and on 25 February this year they were given a pop-up shop space in Melbourne’s CBD.

Saly has moved away from labelling BeeKeeper as a social enterprise. He instead wants to reclaim the term business for the Not for Profit world.

“Business doesn’t have to mean just ‘for profit’, all business should behave differently,” he said.

“I think businesses that don’t play their part in helping the world through their social impact work or reducing their impact… should be called ‘bad businesses’ or something else. We shouldn’t have to say we’re a social enterprise, we’re a business and that’s the norm.”

Saly said BeeKeeper had been vital to the continuing funding of BabyTree Projects, supporting worthwhile and quality programs within the schools.

“A portion of whatever product we develop [will support BabyTree], be it an app or the bags, I’m writing a novel so it could be proceeds from my novel,” he said.

“Now it is backpacks, and backpacks sends across roughly, $7 to $10 per bag to the English program and education. Not just any, but a good quality education.”

In addition to backpacks, BeeKeeper is now making iPad and tablet covers. This added product was developed to help fill the gaps in the funding of other vital components that assist with children’s education.

“By purchasing an iPad cover or future products people are supporting this project and buying time for children to do their homework in the evening.

“We’ve got about 10 houses that a solar pack has been installed into. We have a waiting list of homes and people waiting to get onto it. It’s huge actually, and the desire for energy has blown my mind. Soon it will also fund employment in the community.” 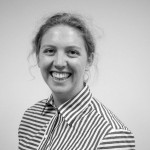