Could the Idea of a Universal Basic Income Work in Australia?

6 June 2016 at 9:53 am
Mark Liddiard
With Finland set to become the world’s first country to introduce a universal basic income, Mark Liddiard, senior lecturer in social policy at Curtin University, asks whether a politician could conceivably sell such an idea in Australia, in this article first published in The Conversation.

Print
Could the Idea of a Universal Basic Income Work in Australia?
6 June 2016 at 9:53 am

With Finland set to become the world’s first country to introduce a universal basic income, Mark Liddiard, senior lecturer in social policy at Curtin University, asks whether a politician could conceivably sell such an idea in Australia, in this article first published in The Conversation.

From next year, Finland will become the first country in the world to introduce a universal basic income, a bold policy idea that gives every citizen a basic obligation-free living wage to meet their living costs.

At first glance, the concept of a universal basic income seems both costly and at odds with our prevailing sense of conditionality. That is, what benefit to individuals or society as a whole can possibly flow from letting the idle live in uninterrupted idleness? And how could any politician conceivably sell such an idea in Australia, where the divisive narrative of “lifters and leaners” has been a key plank in justifying recent welfare cuts?

But we know that welfare tapers – or the loss of welfare income for each dollar earnt in the labour market – can often be steep enough to ensure that work does not pay, or pays so little extra for a full week of work, that it discourages job seekers. With a universal basic income, those who want to work keep job income on top of their basic income.

An added advantage is dramatically reducing the costs of administering ever more complex welfare benefit systems. In Australia the cost of administering Centrelink is around $3 billion, so simplification can offer huge potential savings, as pointed out in last year’s Review of Australia’s Welfare System report.

Of course, setting up a basic income scheme is not without cost in itself – approximately 1 per cent of GDP according to modelling. In a landscape of debt and deficit, policy-makers are seeking to cut public spending on welfare, not expand it, even if Australia’s economic circumstances are far more favorable than other economies. Yet a universal basic income can be a potent vehicle for enhancing consumer spending, raising economic growth and generating employment.

As we recently saw with the reception of Duncan Storrar on the ABC’s Q&A program, politicians ignore the economic contribution of poorer households at their peril. Poorer households do not simply pay tax when they go to the shops or fill their car with fuel but, as shown by the recent NATSEM modelling around raising GST, they pay proportionately more of their disposable income under regressive taxes than the wealthy. The reality is that poorer households are critically important as economic consumers.

As the Eurozone, the UK and Australia all face the growing challenge of deflation, we must grapple with how to generate economic growth when traditional monetary policies such as cutting interest rates – and even more unorthodox approaches like quantitative easing – have ostensibly failed.

Giving every citizen a basic income is one possible solution. An historical challenge to the concept of a universal basic income has been the impact on inflation. But with deflationary pressures engulfing global economies in 2016, the challenge is how to generate consumption.

Still, intriguing challenges remain. Finland, like many Scandinavian countries, offers comprehensive child care and other welfare services free at the point of provision. For more privatised welfare states, such as Australia, this presents some challenges. Modelling suggests that some groups, such as single parents with childcare costs, for instance, may be worse off without adjustments.

A greater challenge may be the prevailing vilification of welfare claimants, which has been a key narrative in selling welfare cuts in Australia, so moving to a scenario where all are offered unconditional money is difficult to see.

Yet ironically we know that Australians broadly support more, rather than less, public spending. While there appears to have been a recent decline in support for more spending on welfare benefits, 40 per cent would also like to see more spending on social security benefits. In the same way that most of us want to see business pay more, rather than less tax, it may be that Australian politicians are currently out-of-step with public attitudes.

The recurrent Coalition mantra that growing the economic pie is key, not how the pie is split up, is a case in point. Generating economic growth to raise revenue to pay for public spending is certainly important. But so is sharing the spoils of that economic growth, as we see with the growing focus upon widening inequality in Australia and internationally.

The language of “lifters and leaners” may help to sell welfare cuts but works less well in the context of the working poor – those in insecure employment faced with low and stagnating wages for whom the recent pre-election budget offered nothing, as Duncan Storrar’s appearance on Q&A and his broader reception made clear.

A system whereby the “strivers” get enough to live on – and also get to keep whatever else they earn – while the “skivers” do not starve but are tangibly worse off – may prove to be attractive to an increasingly disaffected electorate.

About the author: Mark Liddiard is a senior lecturer in Social Policy at Curtin University. He has more than 20 years experience of Australian and British social policy research. He has specialised in the areas of both housing policy and cultural policy but also has a particular interest in international policy responses to the Global Financial Crisis. 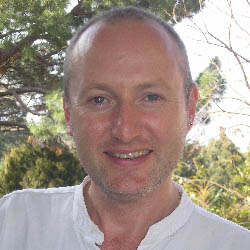