A Look at the Tactics Behind STREATs Record-Breaking Crowdfunding Campaign

1 June 2016 at 10:57 am
Prashan Paramanathan
Running a successful crowdfunding campaign requires planning, creativity and dedication, and it’s much harder than it seems. CEO of Chuffed.org Prashan Paramanathan explores how social enterprise STREAT turned a $4,000 donation into $80,000.

Print
A Look at the Tactics Behind STREATs Record-Breaking Crowdfunding Campaign
1 June 2016 at 10:57 am

Running a successful crowdfunding campaign requires planning, creativity and dedication, and it’s much harder than it seems. CEO of Chuffed.org Prashan Paramanathan explores how social enterprise STREAT turned a $4,000 donation into $80,000.

The Not for Profit sector has seen a boom in crowdfunding over the last two years. In a fundraising environment where growing any channel by 10 to 15 per cent per annum is seen as good, the volume of donations going through crowdfunding on social-cause-focused platforms like Chuffed.org, is getting close to tripling in size every year.

For outsiders, it looks somewhat magical. It appears like all these campaigns are taking off and getting their own momentum. Traditional sector commentators talk about it being about a shift to digital, mobile and social media driving the growth, leading to the omnipresent conclusion that we need to innovate and move our fundraising to digital quicker.

Luckily for us, organisations like Melbourne-based social enterprise, STREAT, are leading the way in not just running compelling campaigns, but sharing how they actually work. In 2012, STREAT ran what was then one of Australia’s biggest social enterprise crowdfunding campaigns, raising $41,000, which was matched by a corporate partner, GPT Group.

In collaboration with social cause crowdfunding platform, Chuffed.org, STREAT is releasing a three-part podcast series detailing exactly how they did it and how they’re putting the lessons they learnt from the first campaign into building their next. It’s a unique insight into the thinking of founder and CEO, Rebecca Scott and her team.

The first episode, available here, delves into how a $4,000 donation and an offhand comment by one of their investors, Danny Almagor, turned into their $41,000 campaign. While it appeared like it was all smooth sailing from the outside, the podcast reveals three defining moments that others wouldn’t have seen:

The second and third episodes, which will be released shortly, dig into STREAT’s next campaign. In it STREAT debates how to sell a complicated project, why they chose a keep-what-you-raise campaign this time, how much detail donors actually want about financials and what channels actually work for crowdfunding.

These types of debates aren’t unique to STREAT. They’re happening in thousands of Not for Profits and social enterprises across the country. What is unique is that STREAT is sharing the evolution of their crowdfunding journey and revealing exactly how these debates play out. The hope is that others can copy what STREAT has done, adapting it to their own organisations and improving it in the process.

If those organisations then share what they’re doing, we may go a long way in getting to the core of what makes a compelling experience for donors.

About the author: Prashan Paramanathan is founder and CEO of Chuffed.org, an international crowdfunding platform designed for social enterprises, community groups and Not for Profits. 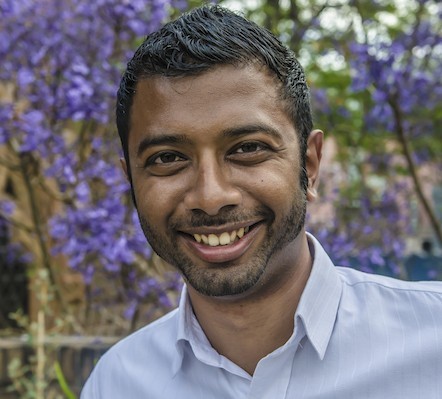