7 June 2016 at 9:17 am
Gregory Melleuish
Australia needs a proper debate about the meaning of fairness writes Gregory Melleuish Associate Professor with the School of History and Politics at the University of Wollongong in this article first published in The Conversation.

Print
Unclear About Fairness, Australia’s Major Parties Focus on Expediency
7 June 2016 at 9:17 am

Australia needs a proper debate about the meaning of fairness, writes Gregory Melleuish, Associate Professor with the School of History and Politics at the University of Wollongong in this article first published in The Conversation.

Both of Australia’s major parties have variously used “fairness” to describe key policies and in their election pitches. Labor leader Bill Shorten emphasised the concept in Sunday’s first leaders’ debate, while Treasurer Scott Morrison said the superannuation changes announced in the May budget were done in the name of fairness.

This harks back to a good old Australian tradition where things are judged by whether they are “fair and reasonable”.

The only problem with an appeal to fairness is there is no single understanding of what the word means. In The Righteous Mind, social psychologist Jonathan Haidt distinguished between two fundamentally different ways in which the word fairness is used.

For people on the Left, fairness means equality, ensuring goods are distributed so the poor and disadvantaged are helped. For the Right, fairness means proportionality. This means if someone does the work and puts in the effort, they should be rewarded accordingly.

Fairness as proportionality is best summed up by the story of The Little Red Hen, apparently a favourite of former British prime minister Margaret Thatcher.

In this story, the Little Red Hen sets about planting grain, then harvesting it, milling it and eventually baking bread. At each stage she asks the Rat and the Cat for help and they decline – except when the bread is finally baked. They then volunteer to help eat it, at which stage the Little Red Hen says she shall eat it herself.

Fairness as proportionality focuses both on reward for effort and the problem of the free rider, the person who has an “entitlement” mentality; they should get something even though they do nothing. Such people do exist, and it is unfair for them to be rewarded for someone else’s effort.

That there are people in genuine need does not exclude the reality of free riders, although in practice it may be difficult at times to distinguish between the two groups.

The real problem is how to reconcile these two ideas of fairness as they would appear to be in conflict. No-one would wish to see people starve or live a miserable life. But, at the same time, no-one would wish to see individuals work hard only to have their earnings plundered by the government to provide for people some of whom are free riders, who expect to take without giving.

Australia’s two sides of politics are defined by which idea of fairness they give priority.

Returning to Morrison’s superannuation policy, the puzzling thing for most Liberal supporters is that it appears to be an expression of the ideal of fairness as equality, and that it is a slap in the face for those who see fairness in terms of proportionality.

The changes have sent the message that Morrison and the government do not favour the Little Red Hens of this world. By implication, they are thus more interested in the Rats and the Cats – the free riders.

This is a matter of great importance for this country. If Australia is both to be a prosperous place and to embody the ideal of being “fair and reasonable”, then our leaders need to have a proper understanding of what fairness means. At present, such an understanding is missing.

There is very little informed discussion about what is meant by “fairness”. Yet, as Haidt has argued in the American case, it is fundamental for understanding political values.

In the absence of a proper debate, what Australians seem to get is expediency: political parties do what is easiest and least likely – at least on the surface – to lose votes.

The Liberal Party is supported largely by those who give precedence to fairness as proportionality. On this basis they should be the party that applies what is best described as the “Little Red Hen test”. They should be able to communicate clearly what that notion of fairness means with regard to particular policies.

The first is eligibility for the pension. It is difficult to see how someone who has had their house grow massively in value over the years has done anything, in terms of real effort, to earn that increase. They have not grown the wheat, nor harvested it, nor made the bread.

On that basis, there would appear to be no reason for not including the value of a residence when assessing eligibility for the pension.

We need a proper debate about the meaning of fairness in this country. It is odd that a Liberal-led government does not seem to understand, or appreciate, that fairness as proportionality is a real form of fairness and that to trample on it risks losing the support of many of its natural constituency.

Expediency currently seems to be trumping principle in our political life. The public will continue to despise the political class until such time as it returns to discussing fairness, in its many meanings, as the basis of what policies they seek to implement.

About the author: Gregory Melleuish is Associate Professor with the School of History and Politics at the University of Wollongong and receives funding from the Australian Research Council. He is a member of the Academic Advisory Board of the Menzies Research Centre.

This article was first published in The Conversation. 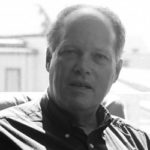 For the New Turnbull Government, a Mantra of Courage and Compromise