5 July 2016 at 10:35 am
Naomi Barson
Melbourne social enterprise STREAT has raised more than $95,000 in the first three weeks of its latest crowdfunding campaign. Naomi Barson, campaign manager at STREAT, explores the three key decisions that helped it succeed.

When executed well, crowdfunding looks simple. The story is inspiring, the target is bold and people quickly become part of a movement creating positive change in the community. However, behind the scenes, it’s often the case that a range of decisions need to be made in short time frames by team members who may have divergent viewpoints. When it seems that a number of campaign ideas will be valid, how do teams extract the gold that will make a campaign succeed? And what is the logical decision making process that a campaign manager needs to follow?

Home STREAT Home, which has achieved over 95 per cent of its target within its first three weeks, has been hugely successful. The second in a three-part podcast series, available here, looks into how STREAT created a $100,000 campaign to help finish building its new $4 million home. It focuses on three critical decision-making points.

The STREAT team debated the merits of the key campaign story line; should it focus on a high level vision or a more tangible explanation of where the money would be spent. There was a healthy tension between the two camps, one person advocating for a clear description of what was needed to build Home STREAT Home, with another more passionate about creating a storyline to facilitate emotional engagement and a sense of connection. The truth is that donors need both; they require a level of budget transparency to establish credibility as well as a big aspirational vision to inspire them that you are attempting to do something bold. In candid detail STREAT delves into this process, reflecting on how they made the decision they ultimately did.

As with most crowdfunders, STREAT had a range of storyline options to consider. A number of these could have worked equally well, and different team members had different approaches to identifying and isolating a key theme. Together, the team pursued a number of techniques to uncover the “gold” and ensure they did not miss any opportunities. The campaign vision had to resonate well within the organisation as well as being something their audience could connect with.

When creating the campaign rewards, STREAT capitalised on the learnings from their first crowdfunding campaign. They employed long-term thinking and aimed to create rewards that would help to influence and shape customer behaviour in the lead up to the significant expansion of their business. From baking classes to function packages, donors are invited to support the commercial operations of the newly expanded STREAT hospitality businesses.

These three critical campaign elements, and the related debates and decisions, are not unique to STREAT. In fact, they’re happening in thousands of Not for Profits and social enterprises across the country. What is unique is that STREAT is sharing the evolution of their crowdfunding journey. We are revealing the internal conversations to inspire others crowdfunders to adapt these learnings to their own organisation, and to hopefully improve the process along the way.

About the author: Naomi Barson is currently campaign manager at social enterprise STREAT. Barson has also worked at SEEK since 2007, holding corporate communications roles, managing SEEK’s Indigenous diversity initiative and has most recently launched the company’s workplace giving program, Small Change. Prior to SEEK, Naomi held a number of marketing roles at Shell Australia, where she was also involved in its Social Investment Network. 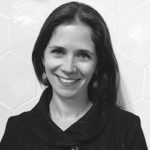 Naomi Barson is the marketing manager for GoodCompany. She was previously currently campaign manager at social enterprise STREAT.