Reimagining NSW: How the Care Economy Could Help Unclog Our Cities

1 August 2016 at 10:41 am
Ben Spies-Butcher
The rise of care is the biggest economic story of our time and could help create more rural jobs, writes Ben Spies-Butcher, a lecturer in economy and society, in the department of sociology at Macquarie University, in this article which first appeared in The Conversation.

Print
Reimagining NSW: How the Care Economy Could Help Unclog Our Cities
1 August 2016 at 10:41 am

The rise of care is the biggest economic story of our time and could help create more rural jobs, writes Ben Spies-Butcher, a lecturer in economy and society, in the department of sociology at Macquarie University, in this article which first appeared in The Conversation.

The NSW economy is in reasonable shape. But it is also increasingly centralised, leading to congestion and housing affordability problems.

We need to decentralise our economy

Australia escaped the worst of the global financial crisis that is still plaguing much of Europe, and the end of the mining boom has done little to slow down the state’s economy. But the boom is largely at the centre, concentrated in our biggest city.

The boom is not just in Sydney – it is at the very centre of the city. Over the past five years, 40 per cent of all jobs growth in Sydney took place within the City of Sydney council boundaries – an area that covers just 150,000 of Sydney’s four million residents.

This reflects the changing face of the economy, where the industries that built regional Australia are employing relatively fewer people over time. Many of the industries that are growing – especially finance and some creative industries – like to cluster at the heart of outward-looking, diverse and globally integrated metropolises.

But this model of development raises a number of challenges. People need to live near employment. As the industrial structure has changed, so have house prices. In 1980 a house in the centre of Sydney cost about twice as one 40 kilometres away; by 2010 it was more than three times the price. A similar trend has emerged with traffic congestion. Global cities need top-notch planning or they quickly become very unequal and congested.

So what is driving centralisation? The industries that traditionally provided the lifeblood of the regions have changed dramatically. Industries such as agriculture and manufacturing employ fewer people now than a decade ago.

Even the mining boom brought less local economic benefit than often thought. As economist John Quiggin has pointed out, mining might earn substantial export dollars, but it is also run using largely imported capital – and often temporary fly-in-fly-out workers – so many of the benefits flow straight back out of the communities hosting the mine.

Recent analysis of the NSW Government’s Evocities program – designed to encourage families from Sydney to move to regional centres – highlights an important opportunity. Cheaper housing is a major drawcard, but so too are jobs. It is not surprising that the largest migration was to the town with the lowest unemployment rate, Dubbo.

The rise of care

One industry is driving jobs growth, and has created more new jobs than any other sector since 2000 – health care and social assistance. And that is only set to grow further.

The rise of care is the biggest economic story of our time – but one that is rarely celebrated.

Read any of the federal government’s intergenerational reports and you can see economists tend to view rising healthcare needs as a burden rather than a source of employment and well-being.

Yet health and other care services add directly to wellbeing, help build communities and provide quality jobs with career prospects.

Importantly, those jobs are decentralised. Recent research in the UK suggests an increase in health and education spending helped revitalise northern England after mining and manufacturing employment declined during the Thatcher era.

Because care and education are delivered according to need, they can naturally cluster outside the big cities. Often the same centres in need of more care workers are those with high local unemployment.

The biggest challenge is ensuring our economic system recognises the value of care work. A recent equal pay case established that care is underpaid because it has been seen as “women’s work”. Paying decent wages and shifting social attitudes about the gendered nature of work open up enormous potential for employment.

Other ways to boost regional economies

Another opportunity comes from a similarly counter-intuitive economic trend. Recent research by the Productivity Commission has highlighted that in many sectors of manufacturing, conventional measures of productivity are actually falling. Yet these are the same (few) areas where employment is growing. So what’s going on?

The switch to artisan-style manufacturing is a great opportunity for the regions. It allows us to “value add” to agricultural production. That means more local jobs and the kinds of local food cultures that attract younger workers.

It is not just bread – wine, cheese, pickles and beer all have the same dynamic. This is already happening in places such as Orange. The success of the Australian wine industry also attests to how public policy can support cooperation between diverse producers.

The NBN is helping (as its recent report on future jobs outlines), but we have let our regional rail network wither. Closing some lines and operating others at a fraction of their potential speed because of poorly maintained tracks hasn’t helped.

It is possible to spread economic success outside of NSW big cities, but it might mean thinking a little outside the box.

About the author: Ben Spies-Butcher is senior lecturer in economy and society in the department of sociology. Spies-Butcher completed his PhD in economics at the University of Sydney while working in the non-government sector on issues of human rights. His research focuses on the economics and politics of social and environmental policy, and political participation. He teaches courses on economic sociology and political sociology at undergraduate and postgraduate level. He is a board member of Shelter NSW, a research associate at the Retirement Policy and Research Centre at the University of Auckland, and on the Policy Advisory Group for the Council on the Ageing NSW. His most recent coauthored book is Market Society published by Cambridge University Press. 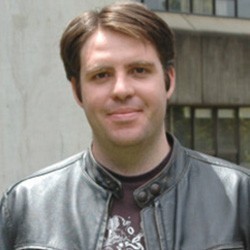 Lecturer in economy and society, in the department of sociology at Macquarie University