Rough Sleeping – An Issue that Needs a Collective Response

4 August 2016 at 11:38 am
Heather Holst
While policy leadership and financial investment is needed from local, state and federal governments, the corporate and philanthropic sectors also have an important role to play in addressing Australia’s homelessness issues, writes Dr Heather Holst, deputy CEO of Launch Housing.

Print
Rough Sleeping – An Issue that Needs a Collective Response
4 August 2016 at 11:38 am

While policy leadership and financial investment is needed from local, state and federal governments, the corporate and philanthropic sectors also have an important role to play in addressing Australia’s homelessness issues, writes Dr Heather Holst, deputy CEO of Launch Housing.

As we come to the end of Homelessness Week it’s timely to reflect on the dramatic increase in rough sleeping in Melbourne’s CBD and outer suburbs in the last few months.

The City of Melbourne Street Count conducted in May this year (led by Launch Housing with the support of volunteers from the homelessness sector) identified 247 people sleeping rough in the CBD. This was a 74 per cent increase on the last street count conducted in 2014 which identified 140 people sleeping rough in the same area.

The profile of rough sleepers has increased in line with the dramatic rise in their visibility on our city streets. The media has taken an increased interest in the issue and local businesses, and community members are concerned and confronted by the desperate situation. By and large people want to help find solutions to this serious and growing social problem.

A lot of people are genuinely confused about why so many people are now living on our streets. There are many reasons people come to this very drastic end of homelessness but the single most significant factor is the lack of secure and affordable housing in Melbourne and indeed nationally. For too long we have been obsessed with home ownership and seen a steep rise in the cost of housing – in both homeownership and the private rental market.

When you add to this the steady demise of public housing stock and increasing poverty afflicting people on income support payments and in low paid jobs it is no wonder we have rising levels of homelessness and rough sleeping.

The solutions are known to those of us who work in the housing and homelessness sector. We need investment in bricks and mortar to keep pace with the demand for affordable housing. This responsibility falls to all of us. While policy leadership and financial investment is needed from local, state and federal governments the corporate and philanthropic sectors also have an important role to play in ensuring we maintain a decent society.

Since 2011 Melbourne has enjoyed top billing as the most liveable city in the world. We enjoy a high level of social stability, good healthcare and education, culture, environment and infrastructure according to the Economic Intelligence Unit’s Global Liveability Index. Interestingly enough access to safe and secure shelter is not one of the key indicators although it certainly should be.

Not unlike other major cities in western industrial nations Melbourne has a range of luxury accommodation available to tourists and locals who can afford the luxury of a weekend inner city break. You can even experience glamping on the rooftop of one such hotel at the moment. The irony of inviting people to experience the wonder of a Melbourne skyline view under the cover of a luxury tent is not lost on people experiencing homelessness who are happy to find a dry doorway to spend the night.

There is nothing wrong with having the means to spend a night in luxury accommodation – who wouldn’t like the idea of an escape from the daily realities of life. But there is something wrong when a society as wealthy as ours can’t provide decent and long-term homes for the most vulnerable in our communities.

Rough sleeping is the tip of the iceberg when it comes to counting the homeless in our midst. Around 5 to 6 per cent of the more than 22,000 who experience homelessness on any given night in Victoria are sleeping rough. The rest are hidden. These are the people who are relying on the generosity of family and friends – they are women and children sleeping on couches because they can’t return to a violent and abusive home.

They are the older women and men who have worked all of their lives in low paid jobs and suddenly find themselves without work and unable to pay rent in the private market. They are the people who live precariously in rooming houses, caravan parks and cheap motels. Or sleep in cars in some of the more secluded parkland areas in our suburbs.

They are all entitled to shelter but they are being denied this right because we simply haven’t paid enough attention to our collective responsibility to demand that everyone be afforded the basic dignity of having somewhere safe to sleep at night.

I think we have an opportunity right now to do something meaningful and long lasting in addressing homelessness. The Census is taking place on 9 August and we will undoubtedly see a steep increase in the number of people experiencing homelessness.

We have yet to see any commitment from the federal government in relation to a long term plan for affordable housing but we are hopeful the community will demand they too contribute to the solutions we urgently need.

About the author: Dr Heather Holst is the deputy CEO of homeless and housing service provider Launch Housing. The organisation was formed from the merger of two of Melbourne’s largest and homelessness services, HomeGround Services and Hanover, in July 2015. 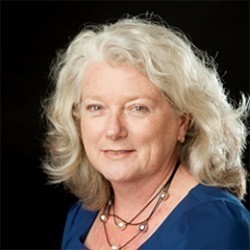