Effective Altruism Is Changing How We Think About Charity

Print
Effective Altruism Is Changing How We Think About Charity
27 September 2016 at 8:46 am

From 2003, almost 3,000 school girls in Western Australia were given electronic baby dolls to create the experience of being a mother. The researchers hoped that it would reduce teenage pregnancy rates. Some level of skepticism might be expected, but you might be surprised by just how poorly it performed. According to a recent study published in The Lancet, this intervention had the opposite effect to what was intended: it actually increased pregnancy rates.

Unfortunately, this is not an isolated event. There are countless examples of well-intended social interventions which sound like great ideas but have fallen flat (such as Scared Straight, which inadvertently increased crime rates instead of decreasing them). David Anderson, previously assistant director at the Coalition for Evidence-Based Policy (now working at the Arnold Foundation), has said that as many as “75 per cent or more [of social programs evaluated] turn out to produce small or no effects, and, in some cases negative effects”.

It is hard, as individuals, to determine which programs will work, let alone which programs are the best. There are too many charities and just too much information for any one person to work it all out. Luckily, independent charity evaluators are emerging to research the cost effectiveness of charities so that donors can make informed choices. Historically, evaluators have focused too strongly on overhead costs, which may have little bearing on the actual good that a charity can do. GiveWell (for poverty and global health charities) and Animal Charity Evaluators (for animal charities) have undertaken research to pick the best charities, focusing on finding evidence-based programs with a high social impact.

Effective altruism is a growing movement of people who want to combine the heart and the head to make the world a better place. Too often, we see kind-hearted people have their generous donation wasted because the program ended up having an undesired effect. The recent social intervention with electronic baby dolls is no exception. Effective altruism simply involves asking yourself: “How can I, as an individual with limited time, resources and money, do the most good that I can?” This is a difficult question and doesn’t have an easy answer, but by asking it, being honest and using evidence and reason to make our decisions, we can begin to enhance the positive impact we have on the world.

One way of doing a lot of good that is pursued by many effective altruists is called “earning to give”, which involves taking a high-paid job – for example in finance, consulting or computer science – in order to donate more to the most effective causes. Some have criticised this approach and instead encouraged direct work and involvement in the Not for Profit sector. To be fair to these critics, it is true that good leaders in charity are not easy to find. But the point is that earning to give is another option – one of many paths open to each of us – and it might be just as impactful or even more so.

Imagine being able to donate $1 million in the first few years of your career. This is exactly what Matt Wage has done by taking a job on Wall Street after his philosophy degree rather than entering academia or the Not for Profit sector. This way, one could potentially coax several good charity leaders out of private sector roles. As a simple example, imagine how much worse off the world would be had Bill Gates gone into charity without making several billion dollars first. According to some estimates, by 2012 Gates had already given away over US$28 billion and saved close to six million lives. Billionaire Dustin Moskovitz has taken on board the principles of effective altruism and has pledged to put the money he earned co-founding Facebook and Asana to good use, and founded the philanthropic organisation Good Ventures with his wife Cari.

However, effective altruists certainly don’t neglect the importance of doing direct work through a career. Not for Profit 80,000 Hours researches the most high impact careers and provides coaching for people at all stages of their working life to help them pick a career that has the best mix of personal fit and social impact. While earning to give gets a lot of attention, 80,000 Hours doesn’t recommend that every altruistically minded person goes into the private sector to earn and donate a large sum of money (80,000 Hours suggests that under 20 per cent of people should earn to give). It depends on a range of things, including skills and personal fit.

In 2014, Australians gave over $6.8 billion to charity. We are a generous people, and we should certainly be proud of this. But we need to make sure that $6.8 billion is spent as effectively as possible. GiveWell estimates that, for an average of around $4,600, a donor can save a human life by giving to the Against Malaria Foundation. This is one of the best opportunities we have to directly help people today, and we shouldn’t take that opportunity lightly.

Effective Altruism Australia exists to help Australian donors maximise the impact of their donations by using the research of charity evaluators such as GiveWell to identify the best giving opportunities.

Good intentions alone will not pave a path to a better world. They must be combined with evidence and sound reason so that we can take advantage of the best opportunities for doing good that lay before us.

About the author: Michael Dello-Iacovo is the acting CEO for Effective Altruism Australia, and is a PhD candidate at the University of New South Wales where he is looking at the uses of geophysics for space resource utilisation and asteroid risk mitigation. Dello-Iacovo co-founded The Life You Can Save Adelaide and has previously worked with Santos as a geophysicist and Charity Science as a research analyst. 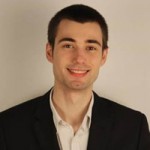