Soon, We Could All Be Billionaires…

1 September 2016 at 10:15 am
Kathleen Birchley
Thinking big is the first step towards solving the world’s biggest problems, writes communications expert at Aurecon, Kathleen Birchley in their blog – Just Imagine.

In 2014, the ice bucket challenge saw our Facebook feeds swamped with friends and strangers enthusiastically dumping buckets of ice water over their heads in the name of raising awareness for ALS, a fatal neurological disease that attacks the nerve cells.

The challenge was dubbed a “social media blockbuster” and resulted in the ALS Association receiving $31.5 million in donations in 2015, compared to $1.9 million during the same time period (29 July to 20 August) the year before. Harnessing the snowball effect of cause marketing, coupled with narcissistic desire for social media virality, celebrities, sports teams and individuals jumped on the bandwagon to prove that through the power of emergent technology, you and I can, quite literally, change the world.

During the same year, Brain Games host Jason Silva launched the #RedefineBillionaire campaign. He aspired to motivate individuals to creatively address our current world problems and simultaneously give new and improved meaning to the word “billionaire”. He explains that billionaires of the future could be anyone “who will positively affect the lives of a billion people”. Delivered in his trademark, machine-gun style as one of his “shots of philosophical espresso”, Silva invited anyone to solve unnamed global issues by embracing technology and using it in new transcendental ways.

Even before this, John Kluge wrote how we should redefine what a successful billionaire looks like in terms of the quantifiable good they do in the world. Jack Sim continued the conversation by asking us to “redefine the meaning of success based on relevance rather than the amassing of money”, and asked us to hold up Nobel Laureate Malala Yousafzai as an example of what can be achieved on a global scale without money being the driving factor of success. Although impossible to accurately quantify her humanitarian influence, it’s safe to say that she’s touched the lives of a billion people in a positive way through her advocacy and activism for the equal educational rights of women.

But a billion is a lot of people. There are currently over 7.4 billion of us on the planet and counting! (Seriously, have you ever watched the population counter tick over and not been concerned for the uncertain future of these newborns?) It means that to achieve this new billionaire status, you need to have an effect on over 13 per cent of the global population.

Before the internet, news travelled slowly and was really only focused on what happened in our local vicinity, which could be reported in a reasonable amount of time.

Fast forward to 2016 and we have global news and information being constantly streamed to most people with a mobile device, a total of 5.4 billion people will have mobile phones worldwide by 2020. The impact of what is happening around the world and the impact on the lives of billions of people is instantaneous. In a world where knowledge is power, does increase in awareness bring with it a need for increasing responsibility?

The internet gives so many of us a voice (not always a face). Crowdfunding for charity is a powerful example of the gratifying impact of the sum of individuals.

There’s a need to recalibrate our brains. We need to leap forward from thinking about what occurs in our local vicinity to thinking “big” (on a macro scale) about what the impact of our actions could have on the rest of the people we share the planet with.

Our actions all have “reactions” and by thinking of our own interests at the expense of the person beside you (or the other side of the world from you), you consign yourself to disaster because if everyone else acted in that way, then you too could become vulnerable.

We are the creators of today’s emergent technologies that shape our future, and with the fluidity of today’s social realms, we need to consider the sentiment behind what we create and what we give a voice to. This is what we will become tomorrow.

There are so many “billion people” problems to solve… poverty (hunger), climate change, drought, education, equitable health and equal opportunity. The list goes on, but they all have one commonality: thinking “big” is the first step toward tackling each of them.

Today, our interconnectivity has allowed us a far better understanding of consequential impact. Simply by acting with a conscience, you are acting to help enhance a billion people’s lives every day. And, if we all did so, we could all take a share in this new “billionaire” status.

About the author: Kathleen Birchley is the executive assistant to the global head of marketing and communications at Aurecon where she leads and supports business critical functions as well as supporting the broader team of 30-plus people, spread across several countries, to work effectively and efficiently. This post originally appeared on Aurecon’s Just Imagine blog. 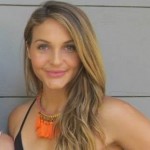