The Establishment’s Not the Only One On Notice

In the weeks after Trump was elected, months after Brexit, a conversation on how to navigate growing scepticism was no doubt topical. We’re fast seeing the rise of politics where citizens are voting out against what is – against the vulnerability they’re experiencing and the establishments that are meant to protect them.

While we see this evolve at a political level, it’s time to consider how these frustrations are also affecting our businesses. Are they too being painted with a similar brush, questioning corporate authenticity, greed and hollow promises like other institutions?

Polling conducted by Essential Media from March 2013 to July 2014 shows that amidst heightened political turmoil trust levels plummeted. This was a period in which Rudd contested Gillard for leadership, Australia elected the Abbott government and we faced one of the harshest federal budgets seen in years.

This climate not only affected trust in parliament, but also broader institutions with the Reserve Bank, the High Court and the ABC all dropping by over 20 per cent. Charities too were no exception, dropping 10 per cent. And while politicians regularly rank among the lowest in public perception, bankers, lawyers and real-estate agents also struggle.

In March this year, business groups sat under 27 per cent – significantly lower than the public service and on par with federal parliament. Meanwhile the 2016 Edelman Trust Barometer reported trust in Australia’s business sector dropped by 13 points to the past year.

As Tim Costello raised at the Australia We Want report launch late last month, a national dialogue of blame and fear – whether it’s through media or parliament – cuts into our social fabric, divides and disillusions us as whole communities, and, from where I stand, this not only affects how we vote as citizens, but infiltrates how we behave as employees. The loyalty we display as consumers and the investments we make as shareholders.

Tuffrey indeed raised this, emphasising that while CSR has never been more sophisticated, trust levels indicate it hasn’t been enough. Managing director of Meliora Group, Jill Riseley, noted that Australians are not only conscious consumers, they are also some of the most mistrusting. The problem is, it doesn’t matter what community advancements companies make when the message taken to consumers means less than the social post it’s made on.

If we are going to duck public scepticism, and rebuild employee / consumer loyalty in this environment, we need to return to our corporate purpose and embody this in all that we do. The business sector plays a valuable role in our society that companies should be proud of. Offering services and products as efficiently as possible is something that’s led exceptional developments in areas of health, science and physical wellbeing, domestically and abroad.

Getting back to how our companies are offering value to the community and expressing it authentically in is the next step for Australian companies. This may mean adapting operations. As Tuffrey raised, it’s not enough to grant funds to the local charity and meanwhile deny local government of corporate tax. It’s not enough to say that you’re after a more caring and just world, and yet make extravagant bonuses and squirm at the thought of employee entitlements.

Building an authentic voice also involves being transparent and, at times, vulnerable when we don’t achieve our purpose as well as we could have, or owning when we have mistakenly caused harm along the way. It also means developing CSR programs that are genuine expressions of what the business is trying to achieve, who your workforce is and what your company stands for – something that we strongly work towards at Good2Give with the companies we work with.

Rather than turning to the safety of polished PR avenues, corporate vulnerability and authenticity is needed more than ever – not least to preserve reputation and profits, but also to help restore trust in our society. This is a great opportunity for companies to help build more than an economy but a society that trusts the institutions it relies on, and the communities that we work, live and play in.

About the Author: Lisa Grinham is the CEO of Good2Give, a not-for-profit organisation that works with companies to encourage corporate community investment. Lisa tweets at @lisagrinham. 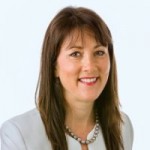