15 November 2016 at 10:34 am
Tania Burstin
It’s time for government to take fundraising reform seriously, writes Tania Burstin the founder of crowdfunding organisation, mycause, who is urging the not-for-profit sector to support the #fixfundraising campaign.

It’s time for government to take fundraising reform seriously, writes Tania Burstin the founder of crowdfunding organisation, mycause, who is urging the not-for-profit sector to support the #fixfundraising campaign.

mycause has signed up to support the #fixfundraising campaign – an initiative of Justice Connect.

Fundraising is currently regulated by every state, along with the national Australian Charities and Not-for-profits Commission (ACNC).

With charities employing more than one million people, it’s time for the government to take reform in the sector seriously. With the rise in personal crowdfunding, there has never been a more pertinent time to #fixfundraising.

As an online crowdfunding and fundraising organisation, mycause works with Australian charities and personal fundraisers. As a third-party provider, mycause is treated differently by each state, depending on each regulatory body’s interpretation of the relevant state regulation.

As an organisation we straddle multiple facets of the regulatory framework. Our charitable entity is regulated as a charity across Australia. Our business is regulated with the ACNC as a trader, a fundraiser or a third party in each state, while our crowdfunding is regulated by a regime we have specifically developed with our Victorian state regulator.

The compliance regime required for charities and other related organisations is excessive, making it almost impossible to meet regulation and function properly within their own state or territory. The legal inconsistencies across the country also make it incredibly difficult for charities to expand their reach and assist more Australians. This red tape serves as a barrier to fundraising and is ineffective at adequately regulating the sector.

The current mode of practice, where charities and organisations are forced to comply with multiple layers of regulation written pre-internet is, in short, a redundant form of operation.

There are three potential solutions:

Not-for-profit Law, a program of Justice Connect, advocates for an improved legal and regulatory framework for the not-for-profit sector and for law reform. The program considers the effect of regulation on not-for-profit organisations and how to apply certain provisions of the ACL to all fundraising activities.

We agree with director of Justice Connect Susan Woodward, who suggests that minor but critical amendments should be made to the ACL. These adjustments would consequently make the existing legislation suit the needs of the not-for-profit sector. The ACL represents a modern, principles-based approach to the regulation of both people and organisations.

One set of national guidelines or regulation would provide all stakeholders with a clear understanding of what is and what is not compliant activity. The effective and appropriate regulation of not-for-profit organisations would support well-run charities, giving the sector an opportunity to truly thrive.

With Commonwealth legislation in place, the states and territories could save their resources to ensure charities are compliant and support the organisations working so hard to improve their respective communities.

We want to be part of the solution to #fixfundraising and ensure that charities and NFPs are able to get their important work done efficiently. Our campaign creators and donors should also have confidence in a national regulatory framework – that’s why we have signed on to support the #fixfundraising campaign and that’s why you should too. Sign here.

About the author: Tania Burstin introduced the concept of online cause-funding in 2007. She is currently managing and directing mycause.com.au which is an online fundraising platform for charity and personal causes. 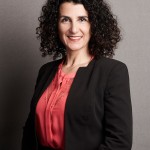 Tania Burstin introduced the concept of online causefunding in 2007. She is currently managing and directing mycause.com.au which is an online fundraising platform for charity and personal causes