Print
Trust, Trump and Warning Signs for Australian Institutions
30 November 2016 at 8:10 am

They say hindsight has 20/20 vision. Trust was a key theme in the recent US election and many voters were sending a clear message that they didn’t trust government, big business or mainstream media.

Few predicted Trump’s win but there were field markers which of course now seem like obvious signs.

The Edelman Trust Barometer measures trust in the institutions of government, business, media and NGOs across 28 countries. Earlier this year the 2016 results found an increasing gap in levels of trust between “informed publics” (tertiary educated, top 25 per cent household income and reader of business news) and “general publics” in most countries surveyed. The largest gap in levels of trust between the two groups occurred in the US followed by the UK (think Brexit).

And Australia shouldn’t be complacent. Australia had the fifth largest gap in trust in institutions (business, government, NGOs and media) between informed publics and the mass population (behind the US, UK, France and India). A key difference in the public trust gap between Australia and the US / UK is that it was not seemingly linked to income inequality.

Institutions broadly shouldn’t be celebrating. In Australia, business is trusted to do the right thing more than government and the media. The NGO sector is Australia’s most trusted institution (but not by much – only five points above business and more than 40 per cent of general public don’t trust NGOs).

For business, a key driver to building trust is corporate sustainability or corporate social responsibility (CSR). According to Edelman, 11 of the 16 drivers of trust are directly linked to responsible business (works to protect and improve the environment, addresses society’s needs in everyday business, is transparent etc). But Edelman’s research coupled with other studies show the gap between what is expected of companies (in a CSR context) and perceptions of company performance continues to grow.

There is a theory circulating that the middle-class in Australia is dividing. If true, this should concern every part of society and be of particular concern to those in institutions in which trust is lacking. Business, like other institutions, need to actively and strategically work to build trust with the broader public which takes time and effort and can’t be achieved within a financial year or quarterly sales cycle.

Business only truly thrives when everyone benefits (healthy high streets need healthy back streets) and corporate Australia has an important role to play in continuing to build a more inclusive and fairer society for all.

About the author: Jill Riseley is the founder and managing director of sustainability advisory firm Meliora Group 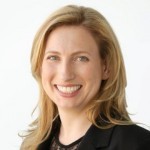 Jill Riseley is the founder and Managing Director of Meliora Group, a strategic advisory firm specialising in corporate sustainability.