13 December 2016 at 10:36 am
Alan Morris
Growing numbers of pensioners in private rental accommodation are using much of their income to pay for housing, writes Alan Morris, author and chair professor at University of Technology Sydney in this article which was first published in The Conversation.

Print
Why Secure and Affordable Housing is an Increasing Worry for Age Pensioners
13 December 2016 at 10:36 am

Growing numbers of pensioners in private rental accommodation are using much of their income to pay for housing, writes Alan Morris, author and chair professor at University of Technology Sydney in this article which was first published in The Conversation.

The average housing costs of older (65-plus) outright homeowners in lone-person households were $38 a week in 2013/14, the Australian Bureau of Statistics calculated, compared to $103 for older social housing tenants and $232 for older private renters.

Fortunately, over the last several decades almost all Australians who depend on the age pension for their income have been outright homeowners, and their housing costs have thus usually represented a small proportion of their pension. However, this situation is changing and the significance of this is profound.

Drawing on 125 in-depth interviews conducted in Sydney and regional New South Wales (discussed in detail in my book, The Australian Dream: Housing Experiences of Older Australians), it is evident that these substantial differences in housing costs combined with differing levels of tenure security have a fundamental impact on the capacity of Australians dependent solely or primarily on the age pension to lead a decent life.

The interviews I conducted with the older homeowners, particularly with couple households, indicated that provided they did not have extraordinary expenses (high medical bills, excessive smoking and or drinking, having to look after a child etc.), they managed reasonably well on the age pension. They could run a car, engage in modest leisure activities, travel and even save.

Although the housing costs of older social housing tenants are high relative to homeowners, the fact that their rent is pegged at 25 per cent of their income means they have a fair amount of disposable income after paying for their accommodation.

Betty, a social housing tenant, summed up their situation: “In public housing you see, even if they’ve only got the old age pension, nothing else, because their rent is only a quarter [of their income], they manage, most of them quite well. People who don’t manage are the ones who drink, smoke a lot… or who have an illness that requires heavy expenditure on medication.”

In addition, historically, older social housing tenants have had guaranteed security of tenure.

John spoke of the enormous benefits of this security: “When you know your accommodation is right, this is especially when you’re older, you can pursue other interests. You’re more relaxed and I do feel, I really feel you’re in for a longer life you know… I’m quite content and I think it’s just wonderful that the government does supply these houses.”

Many older private renters live in a state of perpetual insecurity as they can be told to leave at any time.

Also, once their lease ends they can be asked to leave at any time – no grounds have to be given. The resulting perpetual insecurity combined with the cost of their housing is the basis for enormous anxiety and distress.

Maggie, a private renter in Sydney, said: “It [the age pension] is unrealistic. I mean I thank God for it because I’d never make ends meet otherwise. I really thank God for it, but it’s unrealistic. You cannot live on that. I mean what would you live on? It’s a joke. I was lucky that I had the income from working on the side… I couldn’t have lived like that without working a bit.”

Helen painted a bleak picture. Even though she was drawing the couple pension she was clearly suffering enormous psychological distress: “Sometimes I think I’m too old for this. Maybe I’ll be dead in a year’s time and we wouldn’t have to worry about it. All the stress… I said to my doctor, ‘Why keep us alive when there’s nothing there for us?’ I said, ‘There’s no help for us,’ and she agreed with me… I told her we couldn’t get into a retirement village or even buy a caravan, or mobile home. We couldn’t even buy that. So we have a little bit of money but we can’t do anything with it. It’s not enough to help us.”

When I asked Janet, who had been a private renter for a long time, how she responded when she heard that she had been accepted for social housing, she said: “I was absolutely, well, I sat down and cried. I literally sat down and cried because I felt like, well, at least I had the protection of the Department of Housing whereas before of course I didn’t have any of that. I had no protection whatsoever… My children were having children so they couldn’t [take care of me]. They’re just working-class people and so they couldn’t care for me… So consequently I couldn’t see any future at all until I got the word from Housing that I have got somewhere.”

The power of affordable and secure housing to create a foundation for a decent life for people dependent on the age pension is clear.

However, there is no doubt that an increasing proportion of older Australians on the age pension will be dependent on the private rental sector in coming decades. This is because of the housing affordability crisis and increasing divorce in later life, combined with the virtual stagnation of the social housing sector.

About the author: Alan Morris is a research professor in the Institute of Public Policy and Governance at the University of Technology Sydney. His most recent books are The Australian Dream; Housing Experiences of Older Australians (CSIRO Publishing, 2016) and A Practical Introduction to In-Depth Interviewing (SAGE, 2015). 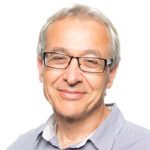 Alan Morris is a research professor in the Institute of Public Policy and Governance at the University of Technology Sydney. His most recent books are The Australian Dream; Housing Experiences of Older Australians (CSIRO Publishing, 2016) and A Practical Introduction to In-Depth Interviewing (SAGE, 2015).