Print
New Crowdfunding Bill Still Has Challenges for Start-Ups
15 December 2016 at 11:06 am

At present, there is still no specific legislation for crowdfunding in Australia. We have been relatively slow to move on this model, leaving the best crowdfunding opportunities offshore – some of our biggest crowdfunding successes needed to go overseas for real results.

Australian crowdfunding success story, Beeinventive, a company set up by two beekeepers from NSW, took their concept to the US via platform Indiegogo: at first, they set out to raise $70,000 for a honey dispensing beehive project, but the project has since amassed $12 million from over 36,000 contributors.

The beekeepers clearly had greater confidence in the US system, which looks to encourage investment through these channels. Going offshore raised capital far beyond expectations. While crowdfunding is currently possible in Australia it involves complex structures and red tape.

Beeinventive is a prime example of the need to set up these structures in Australia, via a dedicated crowdfunding system, so that Australian companies are backed by Australian investors.

But the government’s new bill forces Australian business to make some difficult choices: the main sticking point being that some companies which access crowdfunding will need to become a public company in order to take advantage of the bill’s concessions and for only up to five years.

They may stay a proprietary limited company, but current draft legislation makes crowdfunding via this model extremely difficult: these companies are limited to 50 or fewer shareholders; a major impediment given crowdfunders often attract many hundreds, and sometimes thousands, of individual retail shareholders.

Federal Treasurer Scott Morrison said the government will continue to “consult with a view to extend crowdsourced equity funding in the new year to proprietary companies” in his statement about the new bill. The treatment of proprietary companies will be critical to the scheme.

Trading as a public company offers no limits on shareholders but without crowdfunding concessions, introduces a bigger compliance burden including annual general meetings, annual audits and prospectuses for investment. The increase in costs and responsibility is unlikely to be popular with start-ups, who may look at other avenues, including offshore options.

Recognising that start-ups will struggle to comply with the demands of becoming a public company, the government proposes relaxing some of the compliance and reporting burdens for the first five years, providing certain thresholds are met.

Start-ups must be earning less than $25 million in annual revenues (and have less than $25 million in gross assets) to trade under this newly public company structure – this was increased from the initial proposal from last year, which imposed a $5 million annual revenue figure. There is no question increasing the barrier of entry to $25 million opens the market up and allows more headroom for emerging companies to benefit from crowdfunding, a positive step.

But other requirements may prove restrictive. Among them, investors are limited to a $10,000 investment per company in any 12-month period; this seems limiting compared to other, more liberal crowdfunding markets such as the USA, Canada and New Zealand, where such restrictions on investment are not so severe.

The $5 million limit on annual fundraising remains – yet this doesn’t help companies such as Ingogo and Beeinventive, which each raised a total $12 million. Many others may choose to look offshore.

Once earning over $1 million in revenues the company must audit annually.

The new public company model comes with a five-year time limit on governance concessions, which introduces other challenges. After five years, it is assumed that start-ups will have more than $5 million in annual revenues and be ready to trade as a fully-fledged public company. It is unclear whether allowances will be made for companies which fall short of the revenue target within five years.

This requirement forces start-ups to take a gamble on where they will be in five years – it’s possible many start-ups, which take this structure on, end up with a structure that is inappropriate for their business.

Altering a company structure purely for fundraising purposes is a vexed decision to make. Good advice is crucial.

Crowdfunding legislation is overdue, and it’s encouraging to see it back on the agenda – while the draft contains many restrictions the hope is that in time the legislation will become more accommodating for Aussie start-ups, so that more can participate in what is a thriving fundraising industry worldwide.

About the author: Harry New has been a partner at Hall & Wilcox since 2006 and is the lead partner of the firm’s financial services team. He has over 15 years experience in financial services, corporate advisory and general corporate and commercial work. He has been involved in the evolving area of crowdfunding, developing platforms with a number of clients since 2012. 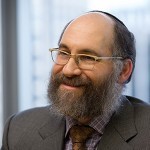