Print
Providing Opportunities for ‘Active Citizenship’
6 December 2016 at 11:14 am

When you have the word “citizenship” in your organisation’s name, it sometimes raises a few eyebrows. What exactly does it mean and what exactly are you trying to promote? I don’t mind these questions because they get people thinking and talking about citizenship and what it means to them and to all of us.

The common view about citizenship is that it’s something you either have by birthright or have been awarded after you migrate to Australia. It’s the thing that enables you to carry an Australian passport when you travel overseas and it’s the reason you’re entitled to vote.

But our work at the McCusker Centre for Citizenship at the University of Western Australia is about something more: what responsibility do we have as citizens and in particular what responsibility do we have to be active citizens, contributing to the shape of our community? We call it active citizenship. It’s a mindset, an attitude and above all we want it to involve action. This is a question we are posing for students studying at university and the community more generally.

Active citizenship, in our view, is the business of engaging with the community in which you live and work and a particular focus is on building a much greater understanding of those citizens who are on the margins of our communities and our responsibility to contribute towards a more socially inclusive society.

One of our aims is to expose young Australians – in particular, our UWA students – to some of the complex challenges in our community and to provide them with structured opportunities to make a contribution – to make a difference.

In an Australian-first, we offer undergraduates and postgraduates credit towards their courses by participating in structured internships across one semester with more than 200 not-for-profit, community and government organisations. We want active citizenship to become a lifelong habit.

So what is the appetite among our millennials to make a difference in their community? The best answers are found in the statistics gleaned from the McCusker Centre’s first year in operation. In 2016 we placed more than 130 students in internships. There were more than 300 applicants from across all faculties, commerce, law, science, medicine, arts, engineering.

Young students have contributed more than 13,000 hours to making a difference in the community. They have worked alongside our partner organisations in areas such as migrant and refugee support, assisting families who have children with foetal alcohol spectrum disorder, writing submissions to government on the over-representation of Aboriginal people in our prisons system and running social media campaigns on poverty. They have travelled widely with organisations in regional Western Australia, interstate and New York.

Young people also have a great appetite for looking at new ways to solve old problems. This year, the McCusker Centre for Citizenship, in partnership with Bloom and the Centre for Social Impact at UWA, participated for the first time The Big Idea, run by The Big Issue, to conceive and develop social enterprises designed to address homelessness and disadvantage in the community. More than 120 UWA students took part and our winning entry, the Community Umpiring Agency, was a finalist in Melbourne recently.

In addition, we have commenced an ambitious program of Vital Discussions for Australians on issues such as mental health, disability, ending world poverty, leadership and citizenship to reinforce to everyone the importance of getting involved. So far more than 9,000 people have joined in these discussions.

The programs we run at the McCusker Centre for Citizenship have struck a chord with our partner organisations. We now have more than 200 partners locally, nationally and globally committed to building a greater capacity in our community to build a more socially inclusive society.

For them, our interns often represent a wellspring of fresh ideas and the opportunity to forge lasting relationships with the people most likely to become tomorrow’s decision makers. As one CEO said: “I believe very strongly we’ve got an amazing generation coming up in society and we feel strongly there should be a chance for them to contribute to our organisation but also for us to learn, to listen to get new and creative ideas in our work.”

At the McCusker Centre for Citizenship, we’re confident and we’re committed. In 2017, we want to build our number of internships to 200 and forge partnerships with more organisations, locally, nationally and globally. And, as we grow, it’s this notion of active citizenship that underpins our vision: to foster caring, connected and socially engaged citizens who actively contribute to the wellbeing of their communities.

About the author: Michelle Scott is the director of the McCusker Centre for Citizenship which was established through a donation from the McCusker Charitable Foundation. She was formerly WA’s first Commissioner for Children and Young People and the State’s Public Advocate. 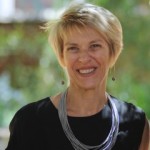