Politicians Score an Own-Goal with the NDIS

So here we are again, with politicians bouncing the issue of better support for people with a disability around the floor of Parliament House like the proverbial football. Unfortunately all that’s being achieved is a massive own-goal.

At what point did it seem like a good idea to pit welfare and families against the National Disability Insurance Scheme? For starters, it’s not even a logical argument when the Productivity Commission found that the NDIS would be more cost effective than the status quo.

So, having dispensed with the notion that there was a cheaper alternative, the only thing that can be called into question is that of “need”. Do our politicians believe that people with a disability need and deserve more and better than they’ve historically received, or don’t they?

People across this country have suffered immeasurably as a result of a devastatingly underfunded disability sector. And now, implicitly, they’re being asked to apologise for getting what they need, to the detriment of their fellow citizens.

I can only imagine what it must feel like for someone who has been waiting desperately for support, as they watch this debacle play out in Parliament and across media.

From finally being told that you had a right to a fulfilling life – that you are a valued member of your community and part of this country’s fabric – to having your desperation publicly weighed and measured against that of some of the poorest members of our community.

All our leaders have succeeded in doing is creating and debating a humiliating hierarchy of need.

There was never any question that the introduction of the NDIS would be a steep learning curve, and an expensive one at that, but giving with one hand while taking away with the other is downright cruelty.

This is a turbulent time – people who have been struggling are desperate to ensure that this opportunity does not slip through their fingers, and those currently reliant on support are terrified of losing what they fought long and hard to secure. Why add to their stress? Why make them winners or losers in an unnecessary political showpiece?

Because ultimately, in social and moral terms, we are all the poorer for this debate.

About the author: Andrew Donne is the chief executive of Endeavour Foundation which supports more than 4,000 people with a disability throughout Queensland, New South Wales, and Victoria through support in daily living, at work, with relationships and independence, and in being part of the community. 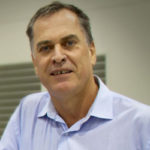