The Soft Bigotry of Low Expectations

20 February 2017 at 8:43 am
Kelly Vincent
One of the biggest barriers to people with disability getting a job is the culture of low expectation, writes Kelly Vincent MLC from Dignity Party.

One of the biggest barriers to people with disability getting a job is the culture of low expectation, writes Kelly Vincent MLC from Dignity Party.

In Australia, 82 per cent of people without a disability are in the workforce, compared to only 53 per cent of those who have disabilities.

Unfortunately, an Australian survey shows that fewer people with disabilities are participating in the workforce than they were 20 years ago.

It feels at times as though we are slipping backwards. The statistics indicate that there are still significant barriers to people with disabilities getting a job and, importantly, getting a position that provides them with a living wage.

Some of those barriers are physical – ramps, adjustable desks, screen readers and accessible toilets – everyday, practical kind of things. Transport to and from work can also be a barrier to overcome. However, the bigger issue, and the one that can’t be seen, is the attitudinal barriers that people with disabilities face from potential employers and workmates.

It is safe to say that politically I don’t have much in common with George W. Bush, former president of the United States, but he used a phrase to describe institutional discrimination and bias that seems as apt today as when he spoke it, back in 2000. He described it as the soft bigotry of low expectations. Even today in 2017, it is a real thing and it is forming a barrier around people with disability every day and in all aspects of their lives.

When it comes to employment it seems that there exists this culture of low expectation, there is also fear, and there is a view that it is absolutely fine to pay someone with a disability $3 (or less) an hour when the rest of us are supported by laws that guarantee us a minimum wage.

Time and time again I hear about the resistance, ignorance and outright prejudice of employers when it comes to having a conversation around employing people with disabilities.

It is important that we look at how to overcome the barriers to employment, especially the understanding the community has about people with disabilities.

We need to devise effective programs to increase the level of disability awareness and values training in the community. This needs to happen in schools and universities, in business and in government. It is preferable that this training be delivered by people with disabilities, as sharing our lived experience has a big impact – as well as providing quality employment.

Finding work that is meaningful makes such a difference to people’s overall health and wellbeing. It’s also important that we don’t seek short-term runs on the board in terms of placing people with disabilities in employment. It is not enough to have a job for the sake of having a job. We need to get individualised programs in place to properly prepare people for the job market, and raise their skill level, and their expectations.

In Australia we have an ageing community; it is estimated that four in 10 workers will be aged 45 or over by 2020. We know that disability increases with age, so clearly there are some significant workplace implications with this ageing workforce that will increasingly include more people with disabilities.

Australia is also facing skills shortages and, economically, our employers and service providers simply cannot afford to ignore this substantial market segment of the community. The most significant barrier for people with disability, however, continues to be stereotypical assumptions and attitudes of employers about what people with disability can and cannot do.

It is clear that people with disabilities must have equal work opportunities and equal pay when they perform work of equal value.

About the author: Kelly Vincent MLC is the youngest woman ever elected to an Australian parliament, the first elected on a disability rights platform and leader of the Dignity Party in the SA Legislative Council. First elected in 2010, Vincent ensured the trailblazing Disability Justice Plan, instigated a select committee into the education of students with disabilities, and wrote universal design principles into state planning law. 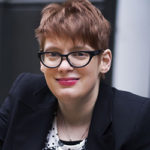 Kelly Vincent MLC is the youngest woman ever elected to an Australian parliament, the first elected on a disability rights platform and leader of the Dignity Party in the SA Legislative Council.