Millennials in the Workplace: Not as Different as You Think

10 March 2017 at 3:00 pm
Nick Haslam
To clarify inter-generational differences we should compare 18-year-olds now with contemporary 48-year-olds when they were 18, writes University of Melbourne professor of psychology Nick Haslam, in this article which first appeared in The Conversation.

Print
Millennials in the Workplace: Not as Different as You Think
10 March 2017 at 3:00 pm

To clarify inter-generational differences we should compare 18-year-olds now with contemporary 48-year-olds when they were 18, writes University of Melbourne professor of psychology Nick Haslam, in this article which first appeared in The Conversation.

Comparing generations is a reliable way to provoke an argument. Members of one generation are apt to criticise the failings of others and be blind to their own. As George Orwell wrote: “Each generation imagines itself to be more intelligent than the one that went before it, and wiser than the one that comes after it.”

Mutual recriminations are often keenest in the realm of work. Younger workers mock the technological incompetence of their elders, who criticise the laziness and entitlement of youth.

The embers of generational conflict are fanned by popular writers and consultants who advise on how to manage Gen-Y millennials in the office, as if they were an invasive species.

But just how different are the generations in their approach to work? To date there has been surprisingly little good research on the topic. Many studies have compared workers of different ages at a single point in time, tending to find few if any robust differences in job satisfaction, organisational commitment or turnover intentions.

Unfortunately, findings from these “cross-sectional” studies are ambiguous because they may tell us more about age than generation. Comparing 18-year-old and 48-year-old workers at the present time may lead us to mistake differences in maturity for generational effects.

To clarify inter-generational differences we should compare 18-year-olds now with contemporary 48-year-olds when they were 18. A new study, published in the journal Work, Aging and Retirement, has done just that.

The study was conducted by psychologists Stacy Campbell, Jean Twenge and Keith Campbell.

Twenge in particular has pioneered the study of historical changes in personality, finding a remarkable array of generational shifts. Although some critics have argued such work exaggerates the magnitude of these changes, the trends are real and consequential.

Compared to older cohorts, people born more recently tend to be more assertive, more narcissistic, more extroverted, more anxious, and higher in self-esteem. They also tend to be less trusting, less empathetic and less confident that important life outcomes are under their control.

How might these trends reveal themselves in the workplace? Are people entering the workforce today fragile and entitled, demanding more pay for less effort as well as constant praise and accelerated promotion? Or are they instead more entrepreneurial and socially conscious than their predecessors, shying away from corporate conformity and striving for personal meaning or social contribution?

To answer these questions the researchers of the latest study used a large survey run annually since 1976. Each year the survey asks nationally representative samples of over 100,000 American 18-year-olds the same questions about their work values and preferred workplace settings and characteristics.

When the researchers compared the three generations on work values, they found that differences are small, subtle and not readily divisible into three periods. For example, millennials valued the extrinsic rewards of work, such as money and status, slightly less than Gen-Xers and only slightly more than boomers.

Similarly, millennials were only marginally less invested in the intrinsic rewards of work, such as its opportunities for skill development and creativity, than earlier generations. They valued work that was directly helpful to others and socially worthwhile to a trivially lesser extent than 18-year-old boomers and Gen-Xers.

Indeed, the magnitude of these differences was consistently tiny. On average, roughly 45 per cent of millennials went against the overall pattern of generational differences.

Some differences were somewhat larger. Millennials valued work less for its opportunities to make friends than previous generations, but in the age of social media, workplaces are arguably less essential sources of social connection than they once were.

Appearing to confirm an unkind stereotype, millennials also valued the leisure rewards of work – vacations, limited hours, an easy pace, and freedom from supervision – more than Gen-Xers and especially boomers. However, these leisure values were endorsed less than all the others and have trended downward for millennials over the past decade.

Differences between generations in work values are plainly much weaker than popular stereotypes would have them. Just as importantly, “generation” seems to be an inadequate conceptual tool for explaining such flimsy differences.

Graphs that plot yearly changes in work values show no elbows around the conventional generational boundaries. We see smooth, gradual changes over long periods of time, not sudden inflexions. In most cases, millennials and their boomer parents differ to a modest degree, and Gen-Xers sit somewhere in between. Generational shifts in work values are glacial, not tectonic.

These findings, based on more than four million completed surveys, give the lie to loudly-voiced concerns that special challenges are posed by millennial workers. Far from being radically different from workers of preceding generations, millennials are very similar in what they want from work. Exaggerating the minor ways in which they diverge obscures their commonalities.

Evidence generational differences in work values are exaggerated or illusory is reminiscent of recent research on birth order and personality. People hold strong intuitions, backed by popular writers, that birth order is highly influential. But large-scale studies repeatedly show its influence is negligible.

The same may be true for generations. Millennials are younger than boomers and Gen-Xers, and workplace stereotypes ascribe to them the failings of youth: unclipped ambition, hedonism, laziness. When we compare them to how we were at the same age, those stereotypes largely dissolve.

This was as true 2,500 years ago as it is today. As Socrates said: “The children now love luxury. They have bad manners… and love chatter in place of exercise.”

About the author: Nick Haslam is a social psychologist whose interests include prejudice, psychiatric classification and refugee mental health. His books include Psychology in the Bathroom, Introduction to Personality and Intelligence, Yearning to Breathe Free: Seeking Asylum in Australia, and Introduction to the Taxometric Method. 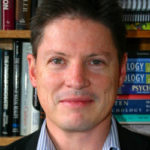 Professor of psychology at the University of Melbourne.