Sisters Are Doing It for Themselves: The Rise of Women in Philanthropy

7 March 2017 at 11:48 am
Natalie Elliott
Philanthropy is no longer just for the mega wealthy, and women from all walks of life are finding innovative ways to take a leadership role, writes Natalie Elliott from Equity Trustees.

Print
Sisters Are Doing It for Themselves: The Rise of Women in Philanthropy
7 March 2017 at 11:48 am

Philanthropy is no longer just for the mega wealthy, and women from all walks of life are finding innovative ways to take a leadership role, writes Natalie Elliott from Equity Trustees.

When was the last time you did something bold? International Women’s Day 2017 calls for us to take action and be bold for change.

One way that increasing numbers of women are doing just that is by taking a leading role empowering change through philanthropy – contributing their money, expertise and leadership to charities and social enterprises.

The gap between women and men in developed economies who donated money to worthy causes widened by 6 percentage points year-on-year according to the latest CAF World Giving Index.

Closer to home, a December 2016 report by online giving platform GiveNow, which has raised over $700 million since it was established in 2001, found over 54 per cent of donations came from female donors.

Philanthropy is no longer the sole purview of the wealthy elite. Women from all walks of life are embracing approaches to giving that maximise their social impact.

Even small amounts of money can make a meaningful difference to people’s lives. That’s the philosophy behind Money for Jam, a micro-enterprise program helping older Australian women at risk of income poverty.

Born from the story of a pensioner’s paid gardening work enabling her to afford jam on her toast, the program was co-developed by the Centre for Applied Policy in Positive Ageing (CAPPA) with a group of women over 50. It provides personalised practical and emotional support to enable women to start and run small businesses using their existing skills. These improve wellbeing and resilience while also providing much-needed funds to build greater financial security.

Adopting smart structures can provide the power for charitable contributions to make an even bigger difference than one-off donations.

Trusts, such as the Wicking Trust which has been a cornerstone supporter of CAPPA, are a well-known way to enhance ongoing contributions through tax effective donations and asset accumulation.

The growth of giving circles as a model for collective contributions has been strongly led by women. While well established in the US, the model is still relatively new in Australia but is gathering momentum.

Giving circles encourage participation and increase individual’s capacity to empower change by combining resources. Members usually each contribute the same amount and vote to determine the allocation of the pooled donation. The annual contribution is often $1,000, but can be as low as $100.

Women & Change, the first giving circle in Queensland, was formed in 2014. Its members have made annual grants of $50,000 to causes ranging from supporting survivors of sexual assault, improving rural and regional health services, and children’s health.

Another emerging trend in philanthropy is the growth of social enterprise – commercially-run organisations that use the majority of their profits to support causes for the greater good.

Women’s Property Initiatives (WPI) works with private and public sector partners to develop affordable long-term housing for low income women and their families. WPI has also established a partner real estate agency, all profits from which are channelled back into funding further affordable housing.

With Jeanette Large at the helm as CEO and a board comprising a diverse group of women whose expertise spans property, government, and not for profits, WPI also exemplifies the growing force of women in leadership roles in philanthropy. The organisation receives grants from a number of foundations and trusts, such as the William Buckland Foundation, and is also supported by a range of pro bono consultants, not for profits, and individual donors.

The new wave of philanthropy combines generosity with entrepreneurship, making a difference to recipients and donors alike. And as International Women’s Day approaches on 8 March, there’s never been a better time to be bold and get involved, by making an investment in society.

About the author: Natalie Elliott is the grant development manager at Equity Trustees with lead responsibility for the children and young people domain granting program. She is also manager of the William Buckland Foundation and has previously held positions with the Foundation for Rural and Regional Renewal, and was the inaugural CEO of the Bendigo and Adelaide Bank’s Community Enterprise Foundation.

Natalie played a critical role in shaping the new look #empoweringchange Philanthropy Programs and plays a significant role in granting more than $70 million annually to charities and social causes. Equity Trustees is one of the largest distributors of philanthropic funds in Australia, managing more than 500 charitable trusts and foundations. 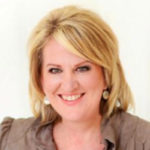 Natalie Elliott is the grant development manager at Equity Trustees with lead responsibility for the children and young people domain granting program.