NDIS – Not Fit for Purpose

24 May 2017 at 3:47 pm
Vern Hughes
In terms of the National Disability Insurance Scheme (NDIS), it is hard to conceive of an organisational structure and business model that could be less fit for purpose, writes civil society campaigner Vern Hughes.

In terms of the National Disability Insurance Scheme (NDIS), it is hard to conceive of an organisational structure and business model that could be less fit for purpose, writes civil society campaigner Vern Hughes.

NDIS is now attracting some much needed public discussion about its cost and its management. Unfortunately, the critical discussion we need about its underlying model of disability support is still yet to take place.

Despite, or perhaps because of, the limited knowledge of disability by policy makers, politicians, and journalists seven years ago, NDIS was seized upon as a “solution” to the systemic  dysfunction in disability services.

Across the board, governments and oppositions alike swallowed the marketing hype that NDIS would “revolutionise disability services”. This phrase was good marketing when the campaign was launched – it appealed to those who knew the disability system was dysfunctional – and the phrase is still used today.

But seven years on, it has become clear to many people with disabilities and their families and friends, and belatedly to some policy makers, that the NDIS requires significant reform if it is to achieve its stated goals.

These goals are to fund the supports and services that people with disabilities need to:

To achieve these goals and revolutionise disability services, the NDIS was launched in 2013 as a conventionally structured statutory authority, with a conventional corporate managerial culture, equipped with a brief to centralise the financing, planning and delivery of diverse supports for 490,000 people in their varied, decentralised, largely hidden and informal communities.

It is hard to conceive of an organisational structure and business model that could be less fit for purpose.

NDIS works like this: A team of NDIS “planners” produce an individual plan for each participant, which specifies the portfolio of external supports they deem necessary for participants to achieve their individual goals and become as independent as possible in daily living. Allocations averaging about $35,000 annually are assigned to each plan.

In theory, participants have a right to self-direct the allocations of this money (deciding on how it is spent, through their preferred providers), and a right to self-manage (making the purchases of support and transactions themselves, online or manually).

In practice, the exercise of self-direction is severely constrained by the weight of historical patterns of service delivery and established market players.

Established service providers retain excessive influence in the preparation of individual plans, and retain many of the co-ordinating functions for themselves (which are paid for out of the average $35,000 allocation to each NDIS participant). These providers supply support workers at a charge-out rate of up to $70 per hour, which the NDIA (the NDIS management authority) wants to pull back to $50 per hour.

Online self-management of transactions and financial expenditures is now extremely common in banking, retailing, entertainment and leisure industries. To most outside observers and families of people with disabilities, participant-directed online systems for the self-management of individual NDIS plans should have been one of the first things put in place in NDIS.

To date, however, more than $1 billion has been spent by the NDIA establishing ICT systems for service providers, which will be used exclusively by service providers in gathering data for NDIS.

The NDIA has no plans for a 21st century management system for participants and their families to self-manage. Despite the language of “person-centred” methodologies, the operational culture of NDIS is firmly “provider-centred” in practice.

These features of NDIS were anticipated by many disability activists and families from day one of the NDIS campaign. When world-weary families of sons and daughters with disabilities expressed fears in 2010 and 2011 that the creation of a mega-bureaucracy with an inflated budget would not relieve the system dysfunction that they experienced daily and they were ignored by the industry and funded advocacy groups.

Many outsiders are astonished to learn that the model underlying NDIS was subject to no consultation or critical assessment from the disability sector. The much-lauded grassroots campaign for NDIS consisted of the mobilisation of individuals, families and services to “sign-up” to support NDIS and to write letters to members of parliament, but the organisational and business model was quarantined from scrutiny. Critics of the model were bullied into silence.

Campaign funds came freely from service providers, through a levy on services exacted by the peak provider body, National Disability Services. Many providers redirected money from charitable donations earmarked for children with disabilities to what was effectively a political campaign.

For providers and funded advocacy groups, the return on investment in this campaign was the promise of more money flowing into their “sector”, whatever the implications might be. Consultants in the field knew the NDIS would be a gravy train, and threw themselves into the campaign. Small innovative brokers and support coordinators with a commitment to the “personalisation agenda” in social policy were more sceptical on seeing the big traditional providers pour money into the campaign, but they nevertheless felt drawn to be inside the tent. The promise of more funding trumped all other considerations.

The supreme irony here is that innovative person-centred practice had been undertaken quietly and selectively in various parts of Australia from the mid-1980s with negligible cost to the taxpayers, which state and federal governments could have championed and replicated if they wished. They didn’t.

Two examples are worth citing.

Mamre Family Association in Brisbane is an innovative family-based provider of disability supports established in the early 1980s, influenced by the work of French catholic philosopher Jean Vanier. Vanier’s work emphasises informal and natural supports for people with disabilities, in families and neighbourhoods, rather than formal, professionalised services. From the late 1980s, Mamre (a Hebrew word meaning “mountains of friendship”) enabled families in Brisbane to self-manage an individualised package of supports and directly select and employ their own support workers. It did this while in receipt of conventional block funding. Mamre took the money from government and arranged it in individualised formats for families to administer and allocate in purchasing their preferred supports. Mamre’s role was to advise and enable. It absorbed the costs of introducing this new paradigm of personalised support without any additional expenditure of taxpayers’ money.

In East Gippsland, in Victoria, families with sons and daughters with disabilities were permitted by the Department of Human Services in the 1990s to cash-out an individualised package to innovate in obtaining supports from unconventional sources. They were permitted to employ neighbours and family members to provide support, even though users of services in other parts of the state were not permitted to do so. It was accepted that remote circumstances required a “bending” of normal processes in order to make do. City users of services were not permitted the same flexibility. Indeed, the department insisted that East Gippsland people didn’t publicise their “personalised” arrangements in the 1990s lest city people asked for the same flexibilities.

Personalised, self-directed disability supports like these in East Gippsland and Brisbane could have been deepened and extended around the country, without an oversized statutory authority with a mega-budget. But policy makers, politicians, and journalists with their limited knowledge of disability weren’t aware of these quiet, intimate innovations. The model of “reform” they were accustomed to required legislation, statutory authorities, managerial cultures and public relations campaigns. The NDIS, to them, looked more like “real” social reform than suburban families quietly selecting and employing their own support workers, in their own names, in their own homes, to coach their sons and daughters in forming social relationships and living as independent a life as possible.

What we got in 2013 was an NDIS at a set-up cost of $37 billion, instead of a thousand, no-cost, family and peer-generated Mamres. Given Australia’s current financial predicament, this was a wrong turn of enormous magnitude.

What then is to be done?

Though belated, we now need to have the debate about preferred models of disability support that we didn’t have in 2010 and 2011. Four starting points are essential for this discussion.

The first is that support systems need to be built around familial and natural support systems (families, friends and neighbours) and not instead of them. NDIS activists and management alike assume paid, formal supports are primary in importance, and that familial care is secondary. This assumption is fundamentally flawed, but it lies at the root of the NDIS model.

Second, the financial cost of NDIS is hugely excessive, in large part because of the ideological preference for the paid and formal rather than the familial and informal. Because no politicians have been prepared to state this honestly, they have been unable to address the burgeoning, and ultimately unsustainable, cost of NDIS.

Third, the NDIS is not an “insurance” scheme, because there is no self-financing contributory mechanism drawn from the pool of the insured. Policy makers, service providers and journalists should cease to misrepresent the scheme as an “insurance” scheme:  it perpetuates the wildly inaccurate perception that the scheme is self-financing and sustainable.

Finally, politicians need to grow a spine and begin speaking honestly about a scheme they know to be excessively bureaucratic and costly. To start the process, they should sit down at kitchen tables with the parents of sons and daughters with disabilities who tried to tell them this seven years ago.

About the author: Vern Hughes is a parent of two sons in their twenties with disabilities. He is also a civil society campaigner and director of peak body Civil Society Australia.

Also read: The NDIS Has Teething Problems that Must Be Addressed by WA Greens Senator Rachel Siewert. 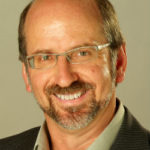