The Impact of Growth

23 May 2017 at 3:51 pm
Luke Wright
Melbourne social enterprise founder, Luke Wright, asks some difficult questions about growth and whether or not organisations can stay true to their values when they’re urged to scale up.

Melbourne social enterprise founder, Luke Wright, asks some difficult questions about growth and whether or not organisations can stay true to their values when they’re urged to scale up.

Launching a social enterprise is no easy task. To get to a point where the organisation is sustaining itself, and both the commercial and social sides of the business are achieving their aims, is a difficult and delicate balancing act to manage.

After founding my own social enterprise some years back, and then only a few months ago stepping down from my position on the board, it is just now that I’m beginning to come up for air and give myself some space to reflect.

These last months have been a time to ponder the journey so far, and to consider what the future might hold. And doing so has led me to delving into and really thinking about the many complex facets of the social enterprise sector. One theme I’ve grappled with, and returned to regularly, is growth. I’ve questioned deeply if growth is a compulsory end goal for social enterprises, and, if so, what’s the best, most principled, way to go about it?

In chatting with other social enterprise founders and CEOs, it seems common that an organisation with a reasonable level of success attained in its early stages will soon enough be strongly encouraged to strive for the next phase of its maturation. Funders, affiliates, colleagues, board members, intermediary bodies, family, friends – the majority of stakeholders – suggest that scale is the way to true success. Growth, we’re told, is good.

Those who point us in this direction are right to do so. The natural and logical progression of a social enterprise is to become bigger and better and to achieve more good as it goes. It makes perfect sense. But is it a notion that maybe requires some further probing? As social enterprise leaders are cheered on to grow, grow, grow, I believe they shouldn’t shy away from asking some hard questions of themselves and those around them as they go about it.

Luckily, asking questions and being inquisitive are traits common to most entrepreneurial types. I assume the majority of social enterprise founders set up their organisations in the first place because, like me, they’re curious, passionate about a cause, willing to dive into something head first, and hopeful of making a difference by challenging and disrupting the status quo of the business world in their own way. I’m sure many of us could have gone down simpler (and, let’s face it, higher paying) career paths, but, without wanting to sound too sanctimonious, we made a definitive choice to put purpose before profit. We’re committed to doing the right thing.

In making this choice myself, I also acknowledge my own belief that traditional business models – those that typically put profit before purpose – are in many ways flawed, especially when all things social and environmental are taken into account.

As a rusted on lefty, I’ve often viewed the big business notion of progress and success as outdated and something distinctly other than positive. In fact, I’ve argued on more than a few occasions down at the pub that unfettered growth – capitalism as we know it now – is an untenable system, and is at the core of many of the planet’s human rights and ecological concerns.

And this is where the waters become a little muddied for social enterprises and not for profits in general.

Is it okay that an organisation whose mission is to help people in poverty takes on an interest-bearing, capacity-building loan from a corporation that heavily contributes to a system clearly stacked in favour of the wealthy?

Should a not-for-profit organisation dedicated to community health and wellbeing accept support from a multinational fast-food giant so it can run more programs?

What about an enterprise that aims to improve sanitation and the environment for people overseas, yet funds its programs through making plastic bottles and products that end up in landfill here?

If a reasonable case can be made that the very conditions social enterprises set out to improve and alleviate can be caused or exacerbated by capitalism, then isn’t it somehow illogical and counterproductive for them to fully participate in the growth game without question? Without delving too deeply into a philosophical rave on consequentialism, do the ends always justify the means?

As enterprises are urged to scale up – and terms like ‘“equity’” and ‘“investment’” and ‘“debt”’ become more commonplace around their offices – leaders ought to examine whether or not they’re able to talk the language and be immersed in the culture of capitalism, and at the same time stay true to their values and mission. Engaging with, and directly benefitting from, the systems and structures they originally set out to subvert and avoid is a difficult line for social enterprises to walk.

Granted, the core premise of a social enterprise is to employ business principles to achieve a social or environmental aim, and with economies of scale an organisation can undoubtedly achieve more of its mission, but its leaders should be willing to dig into the logic of all of this – the full range of causes and effects – as each call to grow comes along.

These are not new questions at all, and I don’t propose to have definitive conclusions myself yet, but they’re essential to ask all the same. No doubt, these questions will prompt some difficult conversations. It’s complex stuff. Opinions and emotions can vary widely on these subjects, even for myself. The young, fiery activist in me thinks one thing; the older, wiser realist in me thinks another. But perhaps it’s time all stakeholders – from the multinational corporates down to the little start-up nont-for-profit projects – start regularly talking about these things with each other, even if some uncomfortable truths lurk there beneath the surface.

Anyone in or around the social enterprise scene will be well aware that “impact” is a widely used term in this space. We hear of social impact, impact measurement, impact investment and more. It’s a good word, but it has more than one meaning. Impact can pertain to having a clear effect or influence on something, but it can also relate to the action of one object coming forcibly into contact with another: a collision or a crash.

In the context of growth being the vehicle for creating a fairer and more sustainable future, perhaps we can all remember to consider both definitions of this word.

About the author: Luke Wright is the co-founder of Good Cycles, a social enterprise based in Melbourne, Victoria. Visit him on Linkedin here or twitter: @WriteLukeWright. 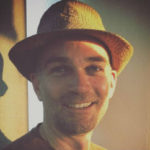 Luke Wright has founded several social enterprises and businesses in the past. He is currently living, working and studying in Myanmar.