Print
Charities Complicit in Exploitation of Workers Will Lose Their Social License to Fundraise
19 June 2017 at 8:47 am

Charities may outsource their fundraising, but they cannot outsource responsibility for compliance with workplace laws, writes Ebony-Maria Levy.

When fundraising activity is outsourced, how does a charity know that fundraisers working in its supply chain are engaged lawfully?

The Fair Work Ombudsman (FWO) has repeatedly stated that organisations have an “ethical and moral responsibility” to protect workers against exploitation. Current media and regulatory scrutiny, including the FWO’s ongoing Charity Collection Inquiry, intends to reveal and highlight any exploitation of workers in charity supply chains, particularly exploitation of those workers who are most vulnerable.

Some charities voluntarily hold themselves to a higher-than-lawful standard, and the distinction between a charity’s legal obligations and its ethical responsibilities will depend on its values. These may be communicated through a labour standards compliance strategy and supply chain code of conduct, and reflected in contracts with suppliers. For suppliers, the consideration may be a commercial one: “What can my business afford?”

Ethical considerations aside, charities are obligated to ensure compliance with Australian workplace laws in their supply chains. This responsibility stands irrespective of the operating models used, whether fundraising is subcontracted to another business, workers are employed, contracted or engaged through a third-party labour hire service provider.

Fundraising supply chains can be complex, with suppliers often using a combination of operating models, and charities’ visibility of arrangements may be compromised through inadequate due diligence practices.

Charities face scrutiny in relation to allegations of misclassification, sham contracting and mistreatment of workers. Organisations who engage fundraisers as independent contractors rather than employees are particularly vulnerable. One question common law is yet to address is whether the exclusive engagement of young, inexperienced workers comprising an entire workforce (on which a business relies in providing its core services) constitutes a bona fide independent contracting model.

Charities may outsource their fundraising, but cannot also outsource responsibility for compliance with workplace laws, including to third-party labour hire firms. The accessorial liability provisions of the Fair Work Act 2009 (Cth) make no concession for ignorance; knowingly or unknowingly, charities are responsible for contraventions of workplace legislation throughout their supply chains.

Where charities have not discharged their due diligence responsibilities, and fundraisers in their supply chain are being exploited, they are complicit in this exploitation. Even if by “omission” or “indirectly”, charities and individual staff could be concerned in or party to a contravention.

How many charities have detailed visibility of their supply chains? Supply chain mapping and due diligence exercises are easily undertaken, and present a powerful opportunity for collaborative working between charities and suppliers. Charities should be able to list all the suppliers they work with directly, and any second, third or subsequent tier of indirect suppliers within their supply chains.

They should know the operating model/s used by each supplier, most notably: in which capacity workers are engaged, how recruitment is undertaken and what a fundraiser’s “lifecycle” looks like from initial contact through to onboarding, training, and day-to-day operational activity. Non-compliance can arise from something as rudimentary as the advertisement seen by a prospective fundraiser.

None of these supply chain due diligence checks are onerous, requiring only honest communication between a charity and its suppliers, and a joint commitment to comprehensively understanding how workers are engaged in practice. They are essential to any organisational risk assessment and are inherently protective in discharging a charity’s obligations under workplace laws. Asking these questions of suppliers is not intended to hold them to a higher-than-lawful standard. They do not ask what is “good” or “right” or “moral”.

The ends do not justify the means. Meeting fundraising targets is no excuse for a charity to turn a blind eye to the exploitation of fundraisers in complex supply chains and sub-contracting arrangements. Charities may lose their social license to fundraise as well as encounter legal problems.

Because of recent media coverage, some fundraisers have reported being asked by prospective donors “are you an employee or contractor?”  – implying that a worker’s classification may influence a person’s decision to donate.

Charities must demonstrate their commitment to the lawful engagement of workers if they wish to ensure the welfare of their fundraisers, defend against reputational damage and preserve the sustainability of critical fundraising channels.

About the author: Ebony-Maria Levy is national managing partner at Lambrook Hampton Abensberg-Traun and the Labour Standards Centre of Excellence. 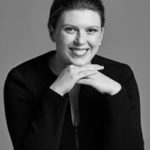