Talking About Being Decent to Each Other – Paths to a UBI

29 August 2017 at 7:03 am
Tim Hollo
The Green Institute executive director Tim Hollo, who attended the recent forum on Paths to Implementing a Universal Basic Income, reflects on what a UBI might look like and how to get there.

The Green Institute executive director Tim Hollo, who attended the recent forum on Paths to Implementing a Universal Basic Income, reflects on what a UBI might look like and how to get there.

When it comes down it, the barest minimum we should all be able to expect in a decent society is to be treated with basic decency, right? A roof over our heads, food in our bellies, and a little cushion to buffer against hard times.

It seems extraordinary that so many people, even in Australia in 2017, are denied this because big corporations and rich people don’t want to contribute enough to the common pot to make this possible, and governments of both stripes are too prejudiced, too caught up in debunked economic theories, or too gutless to demand it of them.

I’ve been immensely privileged to have spent two days at Melbourne University discussing these ideas – and what to do about them – with a brilliant and inspiring group of thinkers and doers at a forum on Paths to Implementing a Universal Basic Income, convened by Melbourne University’s Elise Klein and Deakin University’s Jon Altman.

Not everyone in the room was convinced that UBI was definitely the best alternative, and it’s fair to say that none of us see it as a silver bullet (housing and childcare kept coming up as areas which need other intervention), but we nevertheless had a stimulating conversation around the benefits it could bring, what it might look like in some detail, and how to get there.

Essentially, all a Universal Basic Income is is a system where income doesn’t start at zero, to ensure that nobody in our society lives in poverty. Just like we agree that nobody in our society should do without at least basic health care, and nobody should go without at least a basic education, nobody should be left to live in poverty. Of course, to make it work, those with a lot will have to pay a little more, so it will make our society less unequal – and given the huge social rifts caused by increasing inequality, who could deny this is necessary?

There is a huge array of benefits this would bring alongside dealing with inequality and preventing poverty, such as rebalancing the power between employers and employees, shifting gender power dynamics by valuing unpaid work so often done by women, helping us re-value a whole raft of social contributions which are currently undervalued or unvalued, shifting our understanding of what “work” actually is.

One idea which came up a lot in conversation, given the context – the week after Charlottesville – was the parallels with the introduction of the welfare state in the mid 20th century. The British NHS, more accessible public education, and stronger unemployment benefits, for example, all were explicitly formulated in response to fear of social unrest due to rising social and economic inequality.

Clearly we are seeing the same pattern arising now, and Universal Basic Income can be part of addressing the extremism that extreme inequality is triggering.

Others noted, however, that it is the positive vision of a better life that is more inspiring. Eva Cox, one of Australia’s great public intellectuals, made the point that, while not a silver bullet, UBI could, alongside other policies, bring about a power shift, and a shift in the way we conceive of ourselves, back away from consumers towards citizens and members of a society. Indeed, Canada’s Mincome trial a generation ago was found to have supported people in starting community projects, worker-led co-ops and more.

In some ways, UBI could bring about a radical change in the way we view the state. While the neoliberal state claims to promote freedom, the way it makes welfare punitive, conditional and oppressively surveillance-based shows that it is fundamentally coercive. Under a UBI, the state becomes far more enabling for the bulk of the population, but makes greater demands on the rich. It is an inherently democratising project, reconceiving of the relationship between the citizen and the state.

In terms of paths to implementation, Georgetown Uni’s Karl Widerquist, visiting Australia for the event, gave us a fascinating and clear warning that trials of UBI have many pitfalls. Amongst these are that they are often a deliberate delaying tactic, and that in today’s “post-truth” politics the results can be spun and stripped of any real meaning. Perhaps the most important, however, is that it is effectively impossible to truly trial a policy which has universalism at its heart. The major societal impacts of UBI can only be tested with a full, universal implementation.

Other papers, such as by Sydney University’s Troy Henderson and Macquarie University’s Ben Spies-Butcher, looked at what they term “stepping stones” approaches, introducing universal and unconditional payments to large segments of society, and slowly but surely expanding those segments until we cover everyone. This has the key advantage of immediately reversing the stigma of welfare and turning it into something people will start demanding. University of Queensland’s John Quiggin terms this a “basic first” rather than “universal first” approach. It was pointed out that, to avoid the pitfalls of trials, stepping stones have to be large enough to develop strong support and demonstrate societal benefits, as well as be introduced explicitly with the long-term goal of full coverage in view

Other papers looked at implications for effective marginal tax rates, and at the total projected cost of such a project. It is clear that a UBI will demand a dramatic rethinking of taxing and spending, as it will cost between 5 and 10 per cent of GDP. But, if we intend to be a society which actually treats all our members with basic decency, which views contributions and participation of all sorts as valid, and which is markedly more equal than it is today, this is the direction we need to head in.

Perhaps the most intriguing and useful idea to come out of the forum, for me, was the proposal for developing a UBI through a participatory deliberative democratic process. Since a UBI is about all people, surely all people should be actively involved in designing it. This is an idea that several of us in the room were keen to take forward.

About the author: Tim Hollo is executive director of The Green Institute, and founder and CEO of Green Music Australia. He is a highly respected environmentalist and musician, having been director of communications for Australian Greens leader Christine Milne, worked for Greenpeace, Lock the Gate, 350.org and others, and performed from the Sydney Opera House to Carnegie Hall. His writing has been published in The Guardian, ABC Online, Crikey, Independent Australia and more. 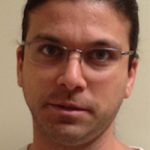 Executive director of The Green Institute, and founder and CEO of Green Music Australia.