The Legal Maze of the Marriage Equality Survey

6 September 2017 at 4:55 pm
Imogen Crump
As Australians prepare to have their say on same-sex marriage, the legitimacy of the Australian Marriage Law Postal Survey is being challenged in the High Court. Imogen Crump from University of Melbourne offers an expert guide to the legal issues facing both the survey and any possible future law on marriage equality, in this article first published in Pursuit.

Print
The Legal Maze of the Marriage Equality Survey
6 September 2017 at 4:55 pm

As Australians prepare to have their say on same-sex marriage, the legitimacy of the Australian Marriage Law Postal Survey is being challenged in the High Court. Imogen Crump from University of Melbourne offers an expert guide to the legal issues facing both the survey and any possible future law on marriage equality, in this article first published in Pursuit.

Before Australians even have a chance to have their say on the issue of same-sex marriage, the legality of the whole exercise is being challenged in the High Court.

But in trying to understand why it’s being challenged, many of us have got lost in the twists and turns of the legal and legislative maze that has delivered us to this point.

The postal vote has come about due to a deadlock in the Coalition government, which is divided between those who support marriage equality and those who do not.

We put some key questions about the legality of the survey and its outcome to four of the University of Melbourne’s top constitutional law experts – Professor Adrienne Stone, director of the Centre for Comparative Constitutional Studies; Laureate Professor Cheryl Saunders; Professor Michael Crommelin, and Dr William Partlett – all from Melbourne Law School.

What’s being challenged in the High Court?

Two groups have launched High Court challenges against the validity of the Australian Marriage Law Postal Survey, arguing it exceeds the government’s power by using the Australian Bureau of Statistics (ABS) to gather data without any legislation to authorise the $122 million it will cost.

There are two broad issues here that could prove legally problematic for the government. The first is whether the chosen body to conduct the survey has sufficient legislative authority derived from its relevant statute. And secondly, whether the funds that are provided are validly appropriated by parliament for this purpose.

Turning to the first issue, it is ambiguous as to whether the current Australian Bureau of Statistics Act confers sufficient power on it as a body to undertake this exercise.

Under the Census and Statistics Act 1905, the government can direct the Australian Statistician to collect “statistical information” on prescribed issues related to the same-sex marriage survey including “births, deaths, marriages and divorces” and “population and the social, economic and demographic characteristics” of the Australian people. The Australian Bureau of Statistics Act 1975 also states that one of its functions is “to collect, compile, analyse and disseminate statistics”.

As the survey isn’t mandatory but a voluntary exercise, one of the arguments raised by the survey’s opponents questions the very representative and therefore “statistical” nature of the survey.

The second issue is one of “appropriation”. There have been legal concerns raised about the government’s authority to spend money on an ABS-run postal vote.

Under the Constitution, the Commonwealth can only spend money that has been set aside by an Appropriation Act. To access the money, Australia’s Finance Minister Mathias Cormann relied upon a pre-existing appropriation for matters that are “urgent” and “unforeseen”. But one of the arguments made by the challengers is that these circumstances are neither urgent nor unforeseen. It’s also argued that the need for the survey isn’t ‘urgent’.

The controversy is long standing and no particular event has occurred necessitating the holding of the survey on 12 September. Moreover, because the survey was flagged by a senior minister almost six months ago, and the idea of a plebiscite in some form is at least a year old, it cannot qualify as an “unforeseen” cost.

The same-sex marriage survey became one of the few remaining ways to cut through the internal political impasse.

The federal government lodged submissions rejecting arguments that the funding of the survey is unconstitutional. It’s important to note that this High Court challenge isn’t a challenge over what the outcome of the survey might be but about the actual conduct and lawfulness of using the ABS in this way.

Thus, the High Court will have to determine whether this is indeed a valid exercise of power by the ABS.

The government’s promise to give Australians a say on whether same-sex marriage should be legal has changed from a planned compulsory plebiscite to a non-compulsory voluntary postal survey. This procedure is very unusual.

The Australian Marriage Law Postal Survey isn’t a plebiscite. A plebiscite is a “vote by citizens on a matter of national significance, but one which doesn’t affect the Constitution”. They are also normally advisory, and don’t compel a government to act on the outcome.

But for a national vote to take place in the case of a plebiscite, the government must first produce provide legal authority. The Australian Electoral Commission (AEC) is set up by legislation (the Electoral Act) so it can only do what it is empowered by that legislation to do.

Typically, the AEC’s powers are limited to the conduct of federal parliamentary elections, referendums and other activities ancillary to those purposes (such as maintaining the electoral roll and determining seat boundaries and redistributions). To extend the AEC’s powers to the kind of plebiscite contemplated here, the Parliament would need to pass additional legislation.

However, in relation to a plebiscite on same-sex marriage, this legislation has already been rejected twice by the Senate.

The job of conducting the survey has instead been given to the Australian Bureau of Statistics (ABS) mainly to get around this need to pass legislation in parliament. But while giving the survey to the ABS is an attempt to ensure the legal validity of the process, it also has the effect of undercutting the plebiscite’s political legitimacy. There are real doubts as to whether a survey of this kind can authoritatively represent the “voice of the people”.

So, the government has changed it to become a survey which stands a stronger chance of being legally valid but undercuts the idea that it is truly representative of the voice of the people in an authoritative way.

What exactly is the government asking the people in terms of marriage equality?

The question is straightforward. The question in the survey is: Do you support a change in the law to allow same-sex couples to marry?

The question in the postal survey can only be answered with a “Yes” or “No”.

A yes vote could mean a change in the law to legalise same-sex marriage by the end of the year.

There’s been some confusion about the difference between a referendum, a plebiscite and what we’re voting in – a postal survey. So what’s the difference and how will it affect the results?

Australia’s last plebiscite was in 1977 when voters were asked to decide on a tune for Australia’s national anthem. More than 7 million of the 8.4 million Australians on the electoral roll chose to vote and chose Advance Australia Fair as their preferred song.

The survey on same-sex marriage is essentially a plebiscite, but it is voluntary and occurs via post, rather than at a polling booth. And because it’s being run by the Australian Bureau of Statistics rather than the Australian Electoral Commission it is officially known as the ‘Australian Marriage Law Postal Survey.’

Under the Census and Statistics Act 1905, the government has directed the Australian Statistician to ‘request statistical information’ through the delivery of the survey. The survey will essentially gauge the level of support for same-sex marriage in the community.

The government says that if a majority of those surveyed support a change to same-sex marriage it will then move in the parliament to change the Marriage Act.

How did we get to this point in the first place?

The postal survey resulted because of a deadlock in the corridors of power over how to proceed.

In 2015, the then prime minister Tony Abbott promised a plebiscite on the issue of same-sex marriage. After the current Prime Minister Malcolm Turnbull took over, his government introduced the Plebiscite (Same-Sex Marriage) Bill 2016 into Parliament.

There is a significant section of the Coalition that believes that marriage should only ever be permitted between a man and a woman; and the survey came about because the Coalition parties couldn’t agree among themselves on any other way to deal with the issue.

What about the legality of the outcome of this survey?

The outcome has no legal effect.

Depending on the High Court ruling, the government may have to reconsider its strategy. The survey isn’t legally binding in any sense but a matter of political undertaking.

That’s made exceptionally clear by the fact it’s being conducted by the ABS as a statistics-gathering exercise.

Immediately following the survey, the ABS will announce how many of the 16 million enrolled Australian voters responded to the survey, and the number who voted yes and no. This will be broken down by electorate, state and national – as well as participation by age and gender.

The vote will be decided by a simple majority of people who return the form, and depending on the result, the government will decide if it will allow consideration of a private member’s bill to legalise same-sex marriage.

A yes vote could mean a change in the law to legalise same-sex marriage by the end of the year, passed by the House of Representatives and Senate. A no vote would mean there would be no free parliamentary vote on marriage equality.

But what stands in the way of the Coalition’s postal vote initiative is, of course, the current High Court challenge.

If the High Court rules that the Executive’s spending isn’t a valid appropriation, or that the ABS doesn’t have the power to conduct such a survey, the government will have to reconsider its strategy.

Unless it is able to get legislation for a plebiscite through Parliament the only remaining option would be to amend the Marriage Act without a popular vote or to leave the issue of same-sex marriage unresolved.

About the author: Imogen Crump is the editor of Pursuit at the University of Melbourne.

This article was first published in Pursuit. Read the original article here. 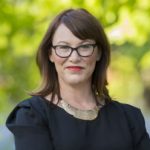 NDIS funding now available to use on RATs

The issue of violence against children should never be ignored

‘History has been made’: Aboriginal flag rights purchased by Commonwealth

For an Indigenous perspective on ‘Australia Day’, here’s a quick guide to First Nations media platforms