On Marriage Equality, Australia’s Progressive Instincts Have Been Crushed by Political Failure

19 September 2017 at 8:48 am
Frank Bongiorno
It is surely deficiencies in our recent democracy rather than deeper historical or cultural issues that lie at the heart of our failure to resolve the issue of same-sex marriage, writes Australian National University professor of history Frank Bongiorno, in this article which first appeared in The Conversation.

Print
On Marriage Equality, Australia’s Progressive Instincts Have Been Crushed by Political Failure
19 September 2017 at 8:48 am

It is surely deficiencies in our recent democracy rather than deeper historical or cultural issues that lie at the heart of our failure to resolve the issue of same-sex marriage, writes Australian National University professor of history Frank Bongiorno, in this article which first appeared in The Conversation.

After speaking recently at a writers’ festival, I was asked about what in Australia’s history could account for our failure to legislate same-sex marriage. It was not easy to answer. How could one argue that there was a strain of social or moral conservatism in Australia that could not be found, in an even more virulent form, in the history of Ireland? Or indeed the United States, or any number of other countries able to resolve this issue with less fuss than we have?

A conventional way of answering might be that homophobia has been especially virulent in Australia because of the distinctive patterns of the nation’s masculinity. That is still a common stereotype of Australia, if not quite as powerful as almost half a century ago, when Monty Python produced its famous Bruce sketch on the philosophy department at the University of Woolloomooloo, with its “No poofters” tagline.

This explanation would point to the legacy of frontier masculinity: aggressively heterosexual, contemptuous of effeminacy in men (associated with “pommies” and “poofters”, sometimes seen as embodied in the same person), hostile to lesbianism as a standing insult to antipodean manhood (“she clearly hasn’t met a real Aussie bloke”), and misogynistic towards women in general – “the doormats of the western world”, according to feminist historian Miriam Dixson. Hard-drinking. Hard-swearing. Anti-intellectual. Matey.

Russel Ward, a colleague of Dixson at the University of New England, called this image “the Australian Legend”, tracing its origins to the convict system and wool industry. Interestingly, Ward wondered aloud in his groundbreaking book whether the fabled mateship of such men was sublimated homosexuality. That was rather daring for 1958, but Ward was a veteran of the Australian version of the English public school – he was the son of a schoolmaster and later taught himself – and he had been employed in army psychological testing during the war. And he knew his Freud. So, even as he celebrated the Australian virtues as embodied in his noble bushman, Ward hinted that this rough and ready façade might obscure a more complicated story.

When gay history emerged in Australia in the 1980s, there was a fascination with the phenomenon of mateship, as well as an awareness of what Ward had done with it. These historians asked pointed questions about intimate relationships between men in Australia’s past. Through court records, and press reports, letters and diaries, they found plenty of sex between men, that “mates” were sometimes lovers, that the sexual desires of bushmen were not unerringly directed towards women, whether white or black.

The historians found men who passed as women and women who passed as men; in some instances, it was obvious that such deception was a cover for same-sex relations. And in at least one well-publicised case, this involved same-sex marriage before its time. Women lived together in intimate, loving and sexual relationships, long before the word “lesbian” was in use. In the rapidly-growing cities, there were early traces of a male homosexual subculture.

Research into such matters, not coincidentally, occurred at a time when the gay and lesbian movement had emerged to claim its rights. Much effort went into the repeal of the old laws against sodomy, which had once been a hanging offence. Britain’s famous Wolfenden report, recommending decriminalisation of homosexual acts between consenting males in private, was published in 1957, and the Sexual Offences Act implementing this recommendation for England and Wales – with some continuing restrictions – was passed in 1967.

It was a further five years before South Australia implemented a limited form of decriminalisation in 1972, followed by more thoroughgoing legislation in 1975. But New South Wales had to wait until 1984 and Tasmania as late as 1997. In many jurisdictions, discriminatory age of consent laws remained in place, these being set at a higher level for homosexual than heterosexual sex. New South Wales only moved to deal with this issue in 2003.

Australia – and New Zealand too – had once seen themselves as pioneers in progressive legislation. If women were indeed the “doormats of the western world”, it was not reflected in attitudes to education, which increasingly emphasised the need for girls to be well-taught, even if they are still battling for the right to wear shorts. Nor was it reflected in voting rights. The early arrival of women’s suffrage – in 1893 in New Zealand and across Australia by 1909 – was a major achievement and well in advance of most countries.

Seen in an international context, Australia now seems a laggard rather than the pioneer it once was. And it is surely deficiencies in our recent democracy rather than deeper historical or cultural issues that lie at the heart of our failure to resolve the issue of same-sex marriage. Australia is not a natural laggard, although it sometimes follows rather than leads. But on marriage equality it largely follows, a pattern perhaps increasingly characteristic of our culture and society, and evident in everything from internet speeds through to our carbon-copy debate over statues.

Neither major political party has a record on marriage equality of which it can be proud. A few individual politicians have been active, but the parties, as institutions, have notably failed to provide leadership. This is partly a function of the inordinate influence that minorities with unrepresentative moral and social views exercise through these parties’ factional systems. But it is also a failure of leadership.

On marriage equality, people who call themselves leaders have trailed behind public opinion rather than doing anything to influence it. But it is dangerous for democracies when they lapse into this pattern. Citizens come to believe that what is best about their country exists despite rather than because of their political system. This attitude, even when it is unjustified, produces national stroppiness and erodes trust and confidence. In short, it helps generate the kind of disaffection that the surveys tell us is now increasingly characteristic of Australian democracy.

About the author: Frank Bongiorno (born Nhill, Victoria, 1969) is an Australian labour, political and cultural historian. Prior to joining the Australian National University, he held lecturing positions at King’s College London (2007-11), the University of New England (2000-07) and Griffith University (1996), and also taught previously at the ANU (1994). He has been an Australian Research Council Postdoctoral Fellow at the ANU (1997 and 1998-2000), and in 1997-8 was Smuts Visiting Fellow in Commonwealth Studies at the University of Cambridge and Mellon Visiting Fellow at the University of Texas at Austin. He has worked for the Department of Foreign Affairs and Trade. 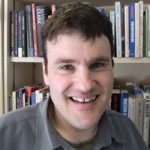