Movember, Ice Buckets, Fun Runs, ‘Dry’ Months: Why Philanthropy of the Body is All the Rage

23 October 2017 at 12:25 pm
Julie Robert
Social media is now a major driver of “embodied philanthropy” because it allows individuals to publicise their involvement through selfies, videos and status updates, writes Julie Robert from University of Technology, Sydney in this article that was first published in The Conversation.

Social media is now a major driver of “embodied philanthropy” because it allows individuals to publicise their involvement through selfies, videos and status updates, writes Julie Robert from University of Technology, Sydney in this article that was first published in The Conversation.

Donating to a charity used to be no more physically arduous then reaching into your wallet. But it is often a much more demanding process now, or at least it can be.

We’ve watched friends trade clean shaves for Movember moustaches. We’ve donated when family members have done charity fun runs or physical challenge fundraisers. We’ve lived through the craze of the Ice Bucket Challenge. We may even do a Dry July or a FebFast to do something good for ourselves as much as for a good cause.

Charities are devising new ways to use people’s bodies for philanthropic ends in an ever-growing list of appearance, activity and abstention campaigns. And people are eager to step up to that challenge.

For charities, the body gives on many fronts and it can fulfil multiple objectives around fundraising, publicity and education. For participants, especially younger people with less time or money for traditional philanthropy, the body is relatively easy to give.

Researchers, however, are only just starting to grapple with embodied philanthropy as a new kind of pro-social behaviour. They have yet to understand just how many people get involved or how much money charities raise in this way. This is largely because charities don’t tend to be grouped or studied based on how they raise funds.

Embodied philanthropy, charitable activity that relies on the body for its core form of engagement, has nonetheless been growing in popularity. From the mid-1980s, event-style fundraisers capitalised on the new preoccupation with health and fitness to get people running, walking and otherwise moving for a cause.

These events spoke to both personal and social motivations to allow participants to simultaneously do something highly individualistic and something altruistic. In 2004, the quirky style project of moustache growing took on a charitable inflection, setting the stage for a raft of appearance based imitators.

Social media is now a major driver of embodied philanthropy because it allows individuals to publicise their involvement through selfies, videos and status updates, amplifying the charity’s messages and reach. Online platforms, seamlessly integrated into participant profiles, are also increasingly used for fundraising.

Although it is difficult to gauge the impact of embodied philanthropy in concrete ways, we understand why the body has become central to modern charities. For charities with goals around fundraising, awareness and even behaviour change, a participant’s single embodied act can be useful in many ways.

The body’s visibility and ability to communicate to others is an important element in raising awareness of a cause. Making a fashion or grooming choice part of a philanthropic signature style can boost publicity and well designed campaigns take full advantage of the high visibility.

Charities can therefore focus attention on making the link between the sign of involvement (a moustache or a shaved head, for instance) and the issues. Participants going about their lives in turn become billboards for the cause.

The body’s ability to suffer and generate empathy is also vital. Donations to those we perceive to be suffering for a cause tend to be higher than for those who fundraise without personal cost. Accordingly, charities have a financial interest in making participants’ efforts at least appear to be challenging, painful or embarrassing.

Some health-related charities are also eager to have participants learn or model healthier behaviours by compelling changes to diet or activities. Participants who temporarily give up alcohol for charity, for instance, wind up learning about the important role alcohol plays in many social situations, and practice strategies for refusing drinks. In turn they become spokespeople for the charity’s larger public health objectives.

Charities get a lot out of embodied philanthropy. They are peer-to-peer initiatives that rely on participants to do a substantial share of the publicity and fundraising.

For participants, it’s not all about altruism and sacrifice, either: they get something out of it. They might use the campaign as an excuse to try out a new look, or force themselves to exercise more or drink less.

Philanthropists have long held mixed motives for giving (tax breaks, social acclaim), but it is no coincidence that embodied philanthropy grew exponentially in the era of social media. Daily step totals are logged to encouraging endorsements and photos of changed appearances are hashtagged for the participant’s validation as much as for the cause.

Critics of this phenomenon label it slacktivism and nothing more.

Yet for charities, even those who raise no money but transform their bodies in the ways required are valuable assets. These freeloaders or bandwagoners become part of the collective that endorses the action and the cause. In turn, they can propel unlikely campaigns, such as the Ice Bucket Challenge, to unexpected successes.

About the author: Julie Robert is a senior lecturer at the School of International Studies, University of Technology Sydney. She is undertaking research into health campaigns and fundraising initiatives that call on participants to use or modify their bodies for a cause. This has developed into a major project looking at Temporary Sobriety Initiatives as a way to link behaviour change, cultural change, the body and philanthropy. 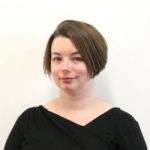 Julie Robert is a senior lecturer at the School of International Studies, University of Technology Sydney.