11 October 2017 at 2:24 pm
Sarah Davies
For philanthropy to maintain its social licence to operate, it needs to provide a level of accountability to the communities it serves, writes Philanthropy Australia CEO Sarah Davies.

For philanthropy to maintain its social licence to operate, it needs to provide a level of accountability to the communities it serves, writes Philanthropy Australia CEO Sarah Davies.

Philanthropy plays a unique role in modern democracies. In the service of the greater good, philanthropy can take risks where government money can’t. It can provide capital when private markets won’t. These characteristics give philanthropy the freedom and agility to back new initiatives that have the potential to catalyse positive social change.

Some would argue that this freedom – with philanthropic dollars unbeholden to government or shareholders – also gives philanthropy a potential shadow side, one that’s characterised by opacity and limited public accountability. Critics suggest that philanthropy has an outsize influence on policy making and, by extension, runs counter to the principles of democracy.

As we saw at last month’s Philanthropy Meets Parliament Summit in Canberra, philanthropy’s place in modern democracies continues to evolve.

Though our philanthropic culture is growing, philanthropy in this country hasn’t had a lot of mainstream press attention beyond a headline here and there announcing a significant donation by a usually high-profile Australian. Perhaps this has contributed to the false perception that philanthropy is the exclusive domain of the extremely wealthy.

Though we don’t have philanthropists on the scale of Bill Gates or Warren Buffett in Australia, philanthropy is gathering momentum. Andrew and Nicola Forrest’s recently announced $400 million philanthropic gift is the largest this country has ever seen by living donors.

For philanthropy to maintain its social licence to operate, it does need to provide a level of accountability to the communities it serves. This can be achieved through a combination of existing regulation and a focus on practice and culture.

There’s no denying that reporting and accountability are important and these activities have been significantly improved and enhanced by the establishment of the Australian Charities and Not-for-profits Commission (ACNC) as a single national regulator and repository of social sector data.

The work of the ACNC is buttressed by the existing tax regime and governing rules about tax deductibility which work as a quality control proxy, ensuring philanthropic contributions are going to charitable entities that have met those standards.

The second set of protective factors that will keep philanthropy on track are practice and culture.

Transparency is key and Philanthropy Australia is working to increase and improve openness by compiling data from grantmakers to produce an online, publicly accessible map of philanthropic funding. This visibility will heighten accountability and improve understanding of how and where philanthropic dollars are at work in our community.

Philanthropic foundations must be committed to self-assessment and examination, welcoming constructive feedback from not-for-profit partners and being responsive to the communities in which they operate.

True democracies are made up of a diverse set of voices, each with the ability to debate, influence and contribute to our society. Philanthropy is one of those voices.

By welcoming an open discussion on philanthropy’s role and contribution, we stand to grow understanding and engagement with philanthropy and its impact – and that can only be a good thing.

About the author: Sarah Davies is CEO of Philanthropy Australia, the peak body for giving. Philanthropy Australia’s purpose is to champion, enable and support the growth and evolution of philanthropy throughout Australian society. Sarah was previously CEO at The Reach Foundation and Australian Communities Foundation. She is a director of Kids Under Cover, board member of the Centre for Social Impact and the Australian Advisory Board on Impact Investing, and council member of the National Museum of Australia. She is a fellow of the Australian Institute of Management, a member and graduate of the Australian Institute of Company Directors, a fellow of the Williamson Community Leadership Program and a Victorian JP. 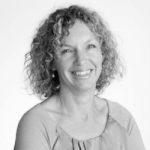 Sarah Davies is the CEO of the Alannah & Madeline Foundation

Empowering not for profits with technology Impact Grants