1 November 2017 at 10:35 am
James Rose
Despite Australia’s legendary sporting prowess and passion, and the cross-cultural popularity of sports as a social connector, the wider potential of a grassroots sports diplomacy strategy is being ignored, writes James Rose, CEO of The Kick Project.

Despite Australia’s legendary sporting prowess and passion, and the cross-cultural popularity of sports as a social connector, the wider potential of a grassroots sports diplomacy strategy is being ignored, writes James Rose, CEO of The Kick Project.

There are many facts and furphies in the air surrounding the Rohingya people. One of the lesser known facts, as this persecuted people struggle through another violent attack on their existence, is that they tackle hard. We’re talking football.

And, even as the numbers of those seeking asylum from a brutal crackdown in their own country head towards the one million mark, football has become a beacon for some and a glimpse into how diplomacy can work.

This program received a grant from the Australian High Commission in Malaysia. While hugely appreciated, this was a program grant and has to be spent strictly on the program itself. Other expenses, like running the charity, are not included.

This poses a sustainability problem for a small group like ours. Without a means of generating running costs, we are struggling to build new programs. We have noted the power of sport for the Rohingya community in KL.

The value of sporting activity is based mostly on the fact that most Rohingya in Malaysia are not official, that is, they do not have official refugee papers. So, they are often shunted to lowest rungs of local life – they are not allowed to work, go to government schools or to access state healthcare.

As such, developing networks with communities around them is vital. They rely on fellow Malaysians, as well as their own community and NGOs, to make ends meet. Clearly the RFC has been a valuable vehicle for this end.

It’s a form of sporting diplomacy whereby ours helps theirs.

Indeed, Australia currently has a Sports Diplomacy Strategy (SDS) which has been running since 2015.

But, to do this, the initiative could offer more support for Australian charities and civil sector organisations to get involved.

New charities in Australia are obliged to register with the ACNC if they want the imprimatur of a nationally mandated body and, as importantly, can gain access to tax deductible status. The latter allows charities to offer donors tax concessions and is vital in attracting corporate and large-scale donations.

According to the ACNC’s 2015 survey of more than 50,000 registered charities, there are only 11 charities (that is, not sports clubs) registered which are involved in sports. That’s just 0.02 per cent of the total. Only a few of these, it seems, have any international agenda and all of these are small operations.

Indeed, local charities working internationally account for just 430 ACNC-registered charities in Australia, or less than 1 per cent of the total.

Clearly there is a gap here.

The thing with international charities is that they are expensive. It’s difficult for small organisations to stump up the costs of just operating in such a dispersed and complex environment, let alone finding ways to fund programs.

While the strategy is for “diplomacy” and that area is generally monopolised by governments, this highlights a missed opportunity. In not fully utilising Australia’s legendary sporting prowess and passion, the cross-cultural popularity of sports as a social connector, and the ability of average Australians to put others at ease and to connect, it seems the wider potential of a grassroots sports diplomacy strategy is being ignored.

We can all be ground-level sports ambassadors with a ball at our feet or in our hands.

Governments have the resources to work at high levels of diplomacy; the national team tours, the coaching exchanges, the up-and-coming athlete visits. Nothing wrong with these programs.

But, small grassroots sports for development programs, if done well, can also contribute considerably to the national aid and sports diplomacy program.

Small grassroots-targeted programs crave better support from not only the government but of the wider public. Getting that support is not easy in the current charity landscape.

Our work with The Rohingya Football Club is being expanded to work with Rohingya girls in KL on a martial arts program. Once again, sports is proving a popular and workable vehicle for, in this case, young women who are not always well treated within their own community let alone outside it.

As one well-known anthropologist we have worked with in KL told us, “sport is a social glue.” But, the like those industrial glues that needs two tubes to really bind, the sports for development sector perhaps needs better institutional support, and perhaps less red tape, to really take advantage of Australia’s sports diplomacy potential.

About the author: James Rose is founder of The Kick Project, a sports for development charity registered in Queensland. 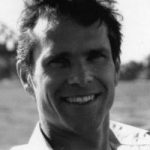 James Rose is founder of The Kick Project, a sports for development charity registered in Queensland.