23 November 2017 at 8:28 am
Rob Edwards
The CEO of Fundraising Institute Australia, Rob Edwards has called for an end to what he calls “charity bashing” over the cost of fundraising, arguing fundraisers are being held to an unfair double standard in the media and by some opinion leaders in the community.

Print
Stop Bashing Charities Over their Fundraising Costs
23 November 2017 at 8:28 am

The CEO of Fundraising Institute Australia, Rob Edwards has called for an end to what he calls “charity bashing” over the cost of fundraising, arguing fundraisers are being held to an unfair double standard in the media and by some opinion leaders in the community.

Recent media activity has once again shone the spotlight on the thorny and populist issue of charities and administration costs. It is unfortunate as this subject always puts a damper on the collective good work undertaken by our sector.

There are two serious misconceptions that need to be addressed.

First is the misguided notion that somehow an organisation is more virtuous and effective because it spends less on administration. It is wrong to think that charities should have little or no administration costs and that every dollar raised must go straight to service delivery.

At the same time, charities are expected to be run in a business-like manner with proper governance standards, workplace conditions, and professional staff who are remunerated in accordance with up-to-date wage rates. You can’t have it both ways.

Second, we don’t seem to mind, as a society, that “for-profit” businesses spend money on rent, utilities and staff to achieve their financial aims. We expect corporates to recruit and pay for the best people and to purchase computers, software and other office equipment. Money spent on marketing to inform the public about the firm’s products and services is considered a good investment. Shareholders understand these are the costs of doing business. So why is it wrong for charities to make these same investments? Why does the same logic not apply?

Yes, there is a cost to raising money. In this era of government cutbacks, many charities increasingly must rely on fundraising to achieve their mission. Like other businesses, they need to invest to attract revenue (donors).

While charities might like to use volunteers more often, the fact is volunteers aren’t always easy to find and are unlikely to have the necessary skills in key areas like finance and program management that are vital for delivering a charity’s mission.

The ACNC, the charity regulator, correctly points out that administration costs are the wrong measure of efficiency and donors should be looking at the outcomes charities achieve for their cause as a mark of success.

One charity’s low administration costs may in fact mean it isn’t delivering much in terms of programs, while another organisation may be highly efficient and delivering outstanding results but with higher overheads. The quality of program delivery is a much better indicator of whether dollars are being used effectively.

As the peak body representing professional fundraising in Australia, FIA would be most concerned if organisations were raising money without proper administration, planning and good governance practices. The FIA Code commits members to be open about their work including how funds are raised, managed and disbursed. Professional fundraisers should not be made to feel that the vital work they do is not worthy of fair and reasonable financial compensation. Fundraising not only meets short-term funding needs but also sets up future revenue streams that give certainty to forward planning.

It seems to me that too many opinion leaders think about charities and giving in the wrong way, and this must change as it is undermining the causes on which so many people rely. This is particularly the case with media commentators who should be among the most informed and progressive in our community.

About the author: Rob Edwards is CEO of the Fundraising Institute Australia (FIA) the peak body for the fundraising sector, a role he took up in October 2011. Edwards has served on the ATO’s Charities Advisory Committee. Prior to taking the role at FIA he spent 18 years as CEO of Association for Data-driven Marketing and Advertising (ADM). 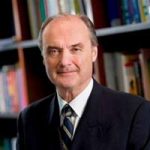 Rob Edwards is CEO of the Fundraising Institute Australia (FIA)