Fighting Against The Culture Of Disbelief And Denial

7 December 2017 at 8:12 am
Cathy Kezelman
As the Royal Commission into Institutional Responses to Child Sexual Abuse comes to a head, a series of articles have been published by Australian media to cast disbelief over the credibility of child sexual abuse victims, writes Dr Cathy Kezelman, president of Blue Knot Foundation.

Print
Fighting Against The Culture Of Disbelief And Denial
7 December 2017 at 8:12 am

As the Royal Commission into Institutional Responses to Child Sexual Abuse comes to a head, a series of articles have been published by Australian media to cast disbelief over the credibility of child sexual abuse victims, writes Dr Cathy Kezelman, president of Blue Knot Foundation.

As a nation, as governments, as institutions, and as individuals we must fight against the culture of disbelief and denial.

The commission will deliver its final report to the federal government next week, and then close. That report will outline how tens of thousands of children were sexually abused within as many as 4,000 institutions, and how those victims were often repeatedly victimised when they sought understanding, support and justice.

Many victims spoke at the commission, and when they did, Australia listened. In speaking, they put the crime of child sexual abuse, a crime most commonly hidden, secret and largely denied, under a national spotlight. The commission has made, to date, 2,402 referrals to authorities, including the police. Some of those allegations have progressed through the justice system and alleged perpetrators are appearing in court. Some are high profile and the eyes of Australia are on them.

In late October the Minister for Social Services Christian Porter tabled legislation in federal parliament outlining the framework for a Commonwealth redress scheme, the first step towards a truly national redress scheme, as recommended by the commission.

It is now incumbent on all charities, churches and governments to opt into the scheme, to not only own up to and accept their moral responsibility, but to also ensure a fair and equitable scheme is in place, which doesn’t cause further harm to survivors of child sexual abuse.

The political stakes are high but so too are the moral imperatives. Last month Australia was elected unopposed to the United Nations’ Human Rights Council, the membership of which necessitates the honouring of every citizen’s rights, including the additional right of children to special protection from exploitation and abuse.

As a nation, governments and institutions, we must embody the principles of mutual respect and fair treatment if we are to measure up to our international obligations and a worthy moral compass.

Those principles were transgressed when children’s rights were violated and when, so often blamed for their own victimhood, the victims were devalued and disrespected.

This pervasive culture of denial and disbelief repeatedly dismissed, ostracised and punished those who attempted to shine a light on the dark underbelly of abusive reality, including upon the victims themselves.

Over the last five years the Royal Commission into Institutional Responses to Child Sexual Abuse has modelled the transparency, justice and accountability which empowered victims to have a voice. In so doing it scrutinised structures of power and hierarchy and uncovered countless systems of abuse, rife with denial by perpetrators, leaders and institutional personnel.

As individuals, as governments and as a nation we must hold fast to the excellent work of the commission. We must ensure we as a nation uphold the human rights of children and victims. We must unite alongside victims, their families, friends and communities and we must do this to build pathways to recovery and to heal as individuals and as a nation.

About the author: Dr Cathy Kezelman is the president of the Blue Knot Foundation, the leading national organisation for adult survivors of childhood trauma. She is a prominent voice in Australia helping to drive systemic change towards justice, informed support and recovery for survivors. Kezelman is currently an active member of the Mental Health Community Advisory Council (NSW) and the Commonwealth Redress Advisory Council, and has been instrumental to the child abuse royal commission’s counselling framework. 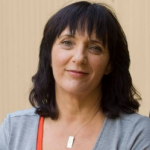 Dr Cathy Kezelman is CEO of the Blue Knot Foundation