25 January 2018 at 8:47 am
Daniel Madhavan
Daniel Madhavan, the CEO of Impact Investment Group, shares the “really” big themes he sees playing out for impact investing this year, as part of a series of 2018 predictions from leading experts across the social sector.

Daniel Madhavan, the CEO of Impact Investment Group, shares the “really” big themes he sees playing out for impact investing this year, as part of a series of 2018 predictions from leading experts across the social sector.

“When I ask people to name three recently implemented technologies that most impact our world today, they usually propose the computer, the internet and the laser. All three were unplanned, unpredicted, and unappreciated upon their discovery, and remained unappreciated well after their initial use.” Nassim Taleb in Black Swan.

The brief, here, was to make some predictions for 2018 in the world of impact investing. I’m typically not great at sticking to a brief! Plus I’m a big subscriber to the words of Ionesco in Le Rhinoceros: “You can only predict things after they have happened”.

There are however, a number of really, really, really (yes that’s three reallys) big themes that we can observe are playing out that I wish to acknowledge.

Like a steam train on steel tracks I feel very comfortable calling out the next stations on the line. There are also a couple of stations beyond what we can see that I am hopeful of. So, that’s what I thought I would share.

In the USA, the consensus is that around US$30 trillion will pass from baby boomers to their heirs. In Australia, estimates range up to AU$9 trillion transferring between now and 2040, and although there are sceptics, most observers believe it is a secular world-wide move. In generations past, wealth passed to sons. Upwards of half of the money being transferred this generation will go to women. That has never happened in history. #awesome

Millenials and women, both of these groups think very differently about how they’re going to invest their money, relative to old white dudes. I’m not claiming their values are different (and I’m not picking on old white dudes). I am saying (and the evidence shows) millennials and women have shown a far greater tendency to integrate their values into their investment decisions.

So, that’s one really big theme: As money goes to millennials and women, it is increasingly being invested with an ethical overlay.

Unfortunately, in this country, action on climate change is having to fall to private individuals and private business. We just found out that Australia’s climate emissions rose last year, and I think that’s a legacy of woeful ineffectiveness on climate policy at the federal government level. For more than a decade, I might add. More and more of that is falling to private business and private capital to solve, but there’s a real willingness, thankfully, for people to step into that.

Impact Investing, whether it’s funding solar farms, energy efficiency services, or investing in really innovative startups that are tackling this problem, is one of the ways it’s happening. That’s not to say policy change and certainty isn’t important – it really is. The key point is that climate aware investing is a big theme that’s only going in one direction. Argue with that, I dare you.

For the last two years I’ve noticed that the impact community is growing beyond the pioneers that have led the development of this field to now. For a long time no one else knew what these pioneers were doing or talking about. Doing good for people/planet plus doing well financially together equated to a crazy fringe concept i.e. don’t be ridiculous you can make money and do good.

Now it’s not so fringe. We have finally moved into the early adopter group, mainstream names have been activated, the big fund managers, the big investment banks, the banks. We are seeing the first one or two in each industry starting to move. Even big four banks, like NAB have been building their impact capability. Mainstream institutions have issued and structured various social bonds, environment-themed bonds etc. Macquarie purchased the Green Bank in the UK. Goldman Sachs bought Imprint, one of the leading impact investment businesses in the US. HESTA has partnered with Social Ventures Australia and has invested $19 million to help finance a suburban village supporting dementia sufferers.

Some of the pioneers in Australia like Christian Super have begun to launch new businesses like Brightlight, a faith-driven investment consulting and management business. So, with that shift from Pioneers, to Early Adopters, I do hope the next station is mainstream.

Most of the state governments are now engaged seriously in the social impact bond conversation, which is a conversation around commissioning based on outcomes. Many state governments have also developed approaches to support impact businesses and social enterprises. So they are already engaged with the potential of impact investing in some areas.

In 2017 the federal government announced some initiatives, which is really encouraging. It was a great start but to be honest, it kind of felt like a first date. The equivalent of a good movie and dinner at a safe restaurant. Personally I’m waiting for the three kids and a mortgage version of what the federal government could do with impact investing. It took me eight years to propose to my wife, I’m hoping Scott Morrison and the feds move faster than I did.

There’s still not yet a strong level of support from capital in Australia for impact opportunities in Asia. There are some bright spots around some of the work DFAT does, or has announced for example. But it would be great to see more Australian private capital flowing in to opportunities in Asia. These are countries on our doorstep. The return on investment from an impact perspective is massive.

If you think about where we could have the biggest impact from the perspective of the Sustainable Development Goals, it’s going to be on our back door. This is the trickle today, in our region, that could become a river of hope for tomorrow.

They are not predictions. They are observations of what has been and the trajectory that things are on. They are themes that are playing out. They are the tune that the impact investment movement is marching to. And, by this time next year I hope I am still hearing the music as loud as it is playing today.

About the author: Daniel Madhavan is the CEO of Impact Investment Group, an Australian funds manager with a mission to shift capital towards investments that have deep environmental and social impacts, and to lead by example in using all of our resources to create the world we want to live in. The company works in real estate, venture capital and renewable energy infrastructure.

Impact Investing is a style of investing that combines financial returns with measurable social and environmental benefits. The inspirations and rationales for impact investing vary. Some impact investors are motivated by bringing financial and economic innovation to bear on pressing global issues (such as climate change, inequality, lack of access to healthcare, and lack of access to education). Some believe that great ideas will be applied to those challenges, and the ideas will produce attractive investable businesses. Some investors believe that leaving environmental and societal problems unaddressed is unsustainable, and would expose their investment portfolios to unacceptable risk. Others still are motivated by faith-based values.

Daniel Madhavan’s words here are his opinion and analysis only. They don’t represent the views of Impact Investment Group, nor should they be taken as investment advice. 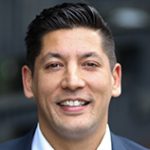 Daniel Madhavan is the CEO of Impact Investment Group.