28 March 2018 at 12:19 pm
David Shearman
The rationale for reform is clear, writes David Shearman, Emeritus Professor of Medicine at University of Adelaide, in this article which first appeared in The Conversation.

Print
Why Australians Need A National Environment Protection Agency to Safeguard Their Health
28 March 2018 at 12:19 pm

The rationale for reform is clear, writes David Shearman, Emeritus Professor of Medicine at University of Adelaide, in this article which first appeared in The Conversation.

Australia needs an independent national agency charged with safeguarding the environment and delivering effective climate policy, according to a new campaign launched by a coalition of environmental, legal and medical NGOs.

Most Western democracies have established national regulatory action, such as the US Environmental Protection Agency – yet Australia is a notable exception.

On Tuesday in Canberra, the Australian Panel of Experts on Environmental Law (APEEL) will hold a symposium on the reform of environmental laws in Australia. If enacted, these proposals would offer protection to Australia’s declining biodiversity and environment, as well as helping to safeguard Australians’ health.

The proposal would involve establishing a high-level Commonwealth Environment Commission (CEC) that would be responsible for Commonwealth strategic environmental instruments, in much the same way that the Reserve Bank is in charge of economic levers such as interest rates.

The new CEC would manage a nationally coordinated system of environmental data collection, monitoring, auditing and reporting, the conduct of environmental inquiries of a strategic nature, and the provision of strategic advice to the Commonwealth government on environmental matters, either upon request or at its own initiative. The necessary outcomes would then be delivered by government and ministers via a newly created National Environmental Protection Authority (NEPA).

On Wednesday, this call will be echoed by a major alliance of leading environmental groups, including Doctors for the Environment Australia. Similar to the CEC/NEPA proposal, this group has called for an independent National Sustainability Commission that would develop conservation plans, monitor invasive species, and set nationally binding air pollution standards and climate adaptation plans.

The new body would replace the EPBC Act, which has failed to deliver the protections it promised in key areas such as land clearing and species protection, and has no role in limiting climate change which is a major factor in species loss.

The new agencies would be in a position to provide authoritative and understandable consensus reports, similar to those produced by the Intergovernmental Panel on Climate Change but with a stronger legal basis on which the government should act on its advice.

Why change the system?

The rationale for reform is clear. Only last week the International Energy Agency reported that Earth’s greenhouse emissions have increased yet again. Meanwhile, extreme weather events have increased, while wildlife diversity is on the decline.

Having failed so far to arrest these trends, the governments of countries with high standards of living and high greenhouse emissions should be held particularly accountable. Clearing land and burning forest for firewood are understandable survival strategies for the poor, but unacceptable in rich nations.

Australia’s national laws would be strengthened to address the challenge of climate change and ensure we can mitigate, adapt to and be resilient in the face of a warming world.

Action on climate change, essential to protect biodiversity, is also vital to protect human health as a quarter of world disease has its root causes in environmental change, degradation and pollution.

The World Health Organisation regards climate change as the greatest health threat of the 21st century, a view recognised by the statements of the Australian Medical Association and Doctors for the Environment Australia.

Already, it is responsible for thousands of deaths worldwide, and that figure is projected to rise to 250,000 by 2030. In Australia, air quality reform could prevent an estimated 3,000 air pollution deaths per year.

There are fundamentally two causes of inaction. First, in this increasingly complex world, governments now more than ever need impartial advice based on the best available evidence. Yet all too often, such advice is politicised, ignored, or both.

Second, in leading democracies – particularly in Australia with its relatively short election cycles – the pressure to focus on re-election prospects dictates that governments emphasise jobs, growth, and living standards. It takes strong leadership to promote the interests of future generations as well as current ones.

It seems counterintuitive to suggest that for its survival, a government might need to delegate decisions for human survival to systems beyond its immediate political control. Yet it already does delegate crucial decisions, such as the monthly interest rate calls made by the Reserve Bank.

A newly created CEC and NEPA would be charged with safeguarding the climate, wildlife, fresh water and clean air. It would be in a position to improve air quality to standards recommended by the World Health Organization, protect water quality, and deliver effective climate change mitigation and adaptation policy uniformly in all states.

The success of such a national system would manifest itself in a growing number of decisions similar to the recent rejection of the expansion of Stage 3 of the Acland coal mine. The judge in that case turned it down on the basis of a range of health and environmental transgressions, yet it is currently more common for states to approve this type of developments rather than reject them.

Nationally enforceable standards for resource developments are likely to bring effective preventative health benefits, as well as certainty of process. These reforms present an overdue opportunity for Australia to offer leadership and catch up on lost time, to ameliorate the progression of climate change and biodiversity loss, and thus lessen their future impacts.

About the author: David Shearman is a physician, emeritus professor of medicine (University of Adelaide) and was previously on faculty at Edinburgh and Yale Universities. He is honorary secretary of Doctors for the Environment Australia, which concerns itself with links between the environment, particularly climate change, and human health. Books and articles on the topics of environmental health, climate change, governance and world civilisation are at www.davidshearman.org 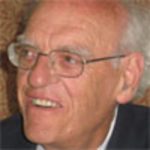 David Shearman is Emeritus Professor of Medicine at University of Adelaide.