Explainer: How Much Does the NDIS Cost and Where Does This Money Come From?

10 May 2018 at 8:28 am
Helen Dickinson
In wake of the ongoing debate about how the National Disability Insurance Scheme will be funded, Associate Professor Helen Dickinson explains how much the NDIS costs and where the money will come from, in this piece which first appeared in The Conversation.

In wake of the ongoing debate about how the National Disability Insurance Scheme will be funded, Associate Professor Helen Dickinson explains how much the NDIS costs and where the money will come from, in this piece which first appeared in The Conversation.

Although the National Disability Insurance Scheme (NDIS) is relatively young, there has been much debate over how it will be funded.

Treasurer Scott Morrison recently said Labor had left a A$57 billion shortfall in funding for the NDIS. So many were left scratching their heads at the announcement that next year’s proposed increase in the Medicare levy – which was supposed to cover some of this shortfall – would be scrapped.

So how much does, and will, the scheme actually cost? Who is supposed to pay for it and why is there debate over the funding?

These are difficult questions to answer because we lack high-quality data about the extent and nature of disability in Australia. The information we do have is based on predictions, and work is underway to check these are accurate.

The case for creating an NDIS was made by the Productivity Commission in its 2011 inquiry on Disability Care and Support. The commission recommended Australia’s system of inequitable, fragmented and inefficient disability services be replaced by a new national scheme that would provide insurance cover to all Australians in the event of significant disability.

The one thing all sides of politics agree on is the NDIS represents a significant increase in disability spending, which stood at around A$8 billion per year at the time of the initial Productivity Commission report.

Original estimates suggested the NDIS would cover 411,000 participants and cost A$13.6 billion at maturity. However the Productivity Commission now estimates that around 475,000 people with disability will receive individualised support at a cost of around A$22 billion per year.

The A$8.9 billion difference between the Productivity Commission’s original estimates and the current estimate is a substantial gap. But A$6.4 billion of this difference is due to pay rises awarded to social and community services employees.

The remainder is due to the growth in the population and also the inclusion of participants over 65 years who were not included in original estimates. Once we account for these, estimates are fairly close to those originally predicted.

Last year’s Productivity Commission review of costs found the NDIS was broadly coming in on budget. Greater-than-expected numbers of children with autism and intellectual disability were accessing the scheme, but not all those with individualised plans were able to spend their budgets.

So, for now, the NDIS seems to be tracking as intended. The NDIS budget is estimated to gradually increase over time to 1.3 per cent of GDP by 2044-45 as participants age. Estimates also suggest the scheme will produce benefits adding around 1 per cent to the GDP.

Where the money comes from

The original Productivity Commission report suggested the federal government be the single funder of the NDIS and that revenue to support the NDIS be paid into a separate fund (the National Disability Insurance Premium Fund) to provide stable funding for the scheme.

The Productivity Commission suggested this approach because disability services have long been subject to debate about who should bear the costs of these services: the Commonwealth or the states and territories. Indeed, part of the reason for the NDIS was to guarantee funding for disability services and stop these debates and blame-shifting.

But this isn’t what happened.

The way the NDIS is funded is complex, with revenue coming from a number of sources. The NDIS is funded via a pooled approach from Commonwealth and state and territory governments. The Commonwealth provides just over half of the funding for the NDIS and the rest comes from state and territories. This arrangement is governed by a number of bilateral agreements that are revisited every five years.

At the creation of the scheme, all existing money spent by various governments was directed into the NDIS to cover costs. Then, in July 2014 we saw a first increase in the Medicare levy: from 1.5 per cent to 2 per cent of taxable income.

However, the increased Medicare levy doesn’t meet the full costs of the scheme – just as the levy doesn’t cover all the annual costs of Medicare. This revenue was directed into a special fund for the NDIS, DisabilityCare Australia, which is designed to reimburse governments for NDIS expenditure.

Any additional funding the NDIS needs has to come from general budget revenue or borrowings.

Behind the funding debate

Warnings have been sounded about the NDIS’s reliance on multiple sources, fearing it creates a risk of future instability of financing.

When the Labor government originally introduced the NDIS, it said it would fund the scheme through an increase in the Medicare levy, reforms to private health insurance and retirement incomes, and a range of “selected long-term savings” including an increase in tobacco excise and changes to fringe benefits tax rules.

Labor said the combination of these revenue streams would ensure the NDIS was fully funded to 2023. But many of the savings Labor promised were intentional, rather than set in stone, and were not dedicated to the NDIS as the Medicare levy was.

It’s estimated the Commonwealth will contribute around A$11.2 billion to the NDIS in 2019. Of this, around A$6.8 billion will come from the redirection of existing disability funds and the Commonwealth’s share of the DisabilityCare Australia Fund.

This leaves an annual funding gap of around A$4 billion once the scheme becomes fully operational, accumulating to around A$56 billion by 2028.

The Commonwealth announced it would increase the Medicare levy from 2 per cent to 2.5 per cent of taxable income from July 2019 as a way of filling the funding gap. Estimates predicted this would raise an additional A$8 billion in revenue over its first two years.

The bill needed to do this had stalled in the Senate, with Labor and the Greens opposed. They suggested the increase should only be applied to those in higher income tax brackets.

Last week the treasurer announced tax receipts were running A$4.8 billon higher than was estimated in December, meaning the levy was no longer needed.

For now it looks like funding for the NDIS is assured, but many within the disability community have expressed concern this does not assure funding for the long term and uncertainty may continue to prevail.

About the Author: Helen Dickinson is associate professor public service research and director of the Public Service Research Group at the School of Business, University of New South Wales, Canberra. Her expertise is in public services, particularly in relation to topics such as governance, leadership, commissioning and priority setting and decision-making. Helen has published sixteen books and over fifty peer-reviewed journal articles on these topics and is also a frequent commentator within the mainstream media. 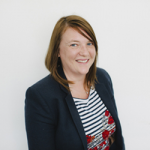 Helen Dickinson is associate professor public service research and director of the Public Service Research Group at the School of Business, University of New South Wales, Canberra. Her expertise is in public services, particularly in relation to topics such as governance, leadership, commissioning and priority setting and decision-making.