The Welfare Sector is the Biggest Loser

9 May 2018 at 10:35 am
Leon Gettler
While Scott Morrison’s third budget has focused on low and middle income earners with its tax cuts, it is quite clear that the welfare sector is the big loser.

While Scott Morrison’s third budget has focused on low and middle income earners with its tax cuts, it is quite clear that the welfare sector is the big loser.

Indeed, ACOSS CEO Cassandra Goldie said the budget would not help the majority of people on low incomes, and would deprive governments of the ability to fund essential services.

“No sooner have we seen five minutes of budget sunshine then the government has committed itself to seven years of income tax cuts,” Goldie said.

“This is not a disciplined and responsible approach to budgeting. There is a seven year plan for tax cuts, but where’s the seven year plan for reducing poverty among adults and children, guaranteeing growth funding for health care, and closing the gaps in essential services such as mental and dental health and affordable housing?

“It is shameful that the government has chosen to ignore the overwhelming consensus to help people on the lowest incomes, by increasing the woefully inadequate Newstart and student payments, as a matter of priority.”

She pointed out the $11 a week in tax savings would go to people earning $48,000 to $90,000, not low income-earners, while higher income earners would benefit with the lifting of the $87K taxable income threshold.

She also expressed concern about the planned tax cuts for several years ahead which she said might not guarantee essential services and a decent safety net to meet community needs.

Dr Cassandra Goldie, ACOSS CEO says it’s shameful that Newstart has been ignored in this budget, and that tax cuts undermine revenue for essential services that we all rely upon. pic.twitter.com/xhcLnpLWwr

Certainly welfare has been targeted in the budget with the government extending its controversial “robodebt” electronic debt recovery scheme and saving $500 million by increasing the waiting time for newly arrived migrants to access welfare.

The government will introduce a new measure to recover fines from welfare payments. Fines will be automatically deducted from the payments welfare recipients that have unpaid fines.

Welfare payments for people with outstanding arrest warrants will also be cancelled or suspended.

The waiting period for migrants to access some welfare benefits has been increased from three years to four years from July 2018.

“This measure will improve the sequencing of services available to refugees …. assisting refugees to focus on settlement and improving language skills during the first 26-week period of their arrival,” the budget papers said.

The government is also determined to recover Centrelink debts over $1,000.

As a result, $316 million will be spent over four years overhauling Centrelink’s ageing IT system to ensure automated claim, assessment and payment processes are more efficient.

The government claims the number of Australians on welfare has fallen to 15.1 per cent, the lowest figure in 25 years.

The NDIS remains on track to be fully rolled out by 2020. Morrison did not spell out exactly what measures the government was putting in place for the NDIS.

Instead, he said the government was funding its share of NDIS spending by “continuing to deliver a strong economy” and “ensuring the government lives within its means”.

The budget has also allocated an extra 14,000 high-level home care places for older Australians to stay in their own home, costing $1.6 billion over four years.

This is on top of the additional 6,000 high-level places announced in December’s mid-year budget update.

However, the Combined Pensioners and Superannuants Association said 104,000 people were still waiting for a home care package.

Our 2018 budget coverage is brought to you by Community Sector Banking. 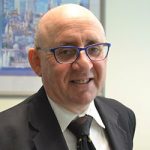