Can Tech Help Safeguard Our Children?

27 June 2018 at 1:20 pm
Jill Thorburn
Digital technology used in the right way, in partnership with children, can hold the key to helping unlock young people’s stories, writes Jill Thorburn, director of Mind of My Own.

Digital technology used in the right way, in partnership with children, can hold the key to helping unlock young people’s stories, writes Jill Thorburn, director of Mind of My Own.

There is a thread running through the entire devastating story that unfolded before, during and after the Royal Commission on Institutional Responses to Child Sex Abuse: The Voice of the Child.

The consequences of failing to hear it, the impact of finally providing a platform where previously silenced victims of abuse have been believed, and now the urgent need for systemic reform to ensure those voices are always heard, respected and responded to in future, emerged.

Ensuring every child is heard and no child is considered “too hard to reach” has become my driving ambition. I firmly believe digital technology used in the right way, in partnership with children, can hold the key to helping unlock young people’s stories and should form a key part of any resulting national strategy.

The former prime minister Julia Gillard said last December on the eve of the final royal commission report publication that there was a need to establish systems that encourage reporting and clarity rather than cover-up and confusion.

But giving children and young people the confidence to speak to adults can be a hard nut to crack, especially when they are often unfamiliar faces. For instance, a study commissioned by the Sydney-based Create Foundation in 2013 on the experiences of children in out-of-home care in Australia found that over a third (35 per cent) of young people reported they had been assigned five or more caseworkers during their time with institutional guardians.

Distrust of adults was underlined in a further study carried out in 2016 for the royal commission to uncover children’s views on safety. It found that one in 10 young people surveyed said they would not tell anyone if they were abused. This lead chief executive of the commission Phillip Reed to describe the need for young people to be given “a voice in how they would feel safer in institutions” as “critical” .

As a former social worker, I believe that tech can really help here.

Our children are growing up in a world in which there won’t be a “digital” distinction – it will just be how everything is done. We need to invest time and effort now into finding ways that we can harness its power to have a positive influence in children’s lives. And I’m not alone. An international study published by the London School of Economics (LSE) in 2016 recommended that the potential benefits of digital tools to help children develop educationally and socially was promoted in training for teachers and parents.

As the digitalisation of our lives marches forward, there is a growing movement of passionate former social workers, counsellors, mental health workers, academics and others who are determined to use technology as a force for good in children’s lives.

Their impact is being seen in the UK as a quiet digital revolution, happening within services commissioned by local government for children, as authorities are persuaded to harness the screens young people enjoy using as a way of improving their wellbeing.

For example, an online youth counselling service Kooth is increasingly widely commissioned by mental health services and universities as an early intervention for young people who feel more comfortable talking about problems initially via an anonymous and confidential online service.

Similarly the organisation I co-lead developed our MOMO apps (co-created with children) because we are passionate about how technology can empower children and young people to have a voice. Numerous testimonials from users in the UK and New Zealand show how the screen-based, child-friendly language and design encourages users to open up and, in some cases, share their views about their care for the first time. In so doing they have been able to flag potential child protection issues to authorities that might otherwise have gone unnoticed.

A lot of negative things are said and written about the dangers posed by tech to our children across western communities. However, we are learning on a daily basis how tech can be a force for good in young people’s lives if we harness it in the right way.

About the author: Jill Thorburn is the co-director of Mind of My Own (MOMO) which has developed apps with children and young people using social care services, which help to give them a way to speak-up and influence their care. A registered social worker, Thorburn has 25 years experience working in management positions in every type of children’s social care service. 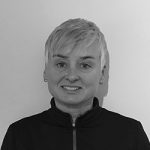 Jill Thorburn is the director of Mind of My Own.