Paul Paxton-Hall offers a roundup of the legal cases affecting the not-for-profit sector this month.

There have been some recent noteworthy developments affecting the not-for-profit sector, including:

These recent cases involved churches resorting to litigation to resolve essentially internal disputes. The comments made by judges sound a warning to charities that other forms of dispute resolution should be exhausted before full blown litigation commences, consuming scarce charitable dollars.

This case involved an appeal from a magistrate’s decision where an Anglican minister sued his employer after his termination for an allegedly promised termination payment and a sacrificed housing allowance amounting to about $50,000.

The judge commented that: “I cannot leave this matter without observing that the parties appear to have lost sight of the big picture. For a local court claim seeking a little over $50,000, which according to the judgement took no more than a day’s hearing, costs of $40,000 on the plaintiff’s side and $127,591.84 on the defendant’s side are nothing short of scandalous.”

The second case involved the award of costs in the ongoing litigation between the Presbyterian Church of Victoria Trusts Corporation and trustees of the Scots Church Property Trust.

The judge noted that: “I consider and indeed said on many occasions that this was a most unnecessary and undignified dispute. It is in fact shameful. The matter should never have come to court, particularly given the identity of the litigants. I am almost minded to call for an inquiry into costs. No doubt millions of dollars could have been deployed for charitable purposes. What a waste of considerable time and money. Nobody can escape blame and it is not productive to assign degrees of blameworthiness. I can only yet again encourage the parties to resolve all matters once and for all and not burden the Court of Appeal with matters that are best and only properly dealt with and resolved between the parties, using the court, if required, in its extensive supervisory jurisdiction.”

Legal action can present significant risk to a charity’s beneficiaries, assets and reputation.

Charity boards and trustees have a duty to manage risk responsibly by identifying and assessing the risks their charity might face and deciding how to deal with them.

Some issues to consider in making a decision are:

Whatever the outcome of legal action, the downsides are typically that it will cost the charity time and money and may have a negative impact on its reputation – even if the charity wins it may not recover all its legal costs.

Transparency about the reasons for taking legal action is very important in explaining why the charity has decided on this course of action – the trustees must be able to publicly justify their decision because the charity’s actions may have an impact on the charity’s reputation and supporters.

The Commonwealth government has introduced an industry funding model for ASIC. ASIC entities have been categorised into subsectors and its regulatory costs will be allocated among these sub-sectors through either a flat levy or a graduated levy.

However, it appears that the few charities which are structured as proprietary limited companies may just have $4 added to their annual review fee.

Many are wondering how ASIC will update the mailing address of its charitable companies. It is no longer a mandated requirement for ASIC-registered ACNC charities to file a change of address with ASIC. It is assumed that many charitable company addresses have changed and ASIC will not have this in their records. It is not known at present what actions, if any, will be taken to rectify this situation.

The importance of registering constitution changes with state regulators

These issues were examined recently in the NSW Supreme Court in a case involving the NSW Greens political party.

The last set of rules registered with the NSW equivalent of the Office of Fair Trading was in 2002 yet the website for the political party showed rules amended as recently as 2018. If anyone applied online for membership with the Greens NSW, the online application referred to the 2018 constitution. The court had to determine what constitution was applicable to Ms Faehrmann.

The court went on to find that there was nothing in the 2002 constitution membership rules that required Ms Faehrmann to be afforded only provisional membership when she moved her membership from Victoria to NSW. As a consequence, Ms Faehrmann did meet the relevant pre-selection rules. Indeed, she has been preselected to run at the next state election in NSW for the Greens NSW.

Lessons to be learned

Incorporated associations must register any change to their rules with the Office of Fair Trading within the statutory time frames. Any change made pursuant to a special resolution is not effective until registration.

About the author: With over 35 years’ experience, Paul Paxton-Hall is one of Brisbane’s foremost legal minds. His current focus is company and commercial law, but he also has a passionate commitment to the not-for-profit sector and to estate planning work. Paul is a member of the compliance committee of the All Hallows School board, a director of Arbonne Charitable Foundation, a board member of the Queensland Education Leadership Institute (QELi), a member of the Law Society’s Not-for-Profit Committee, a Fellow of the Governance Institute of Australia, and a member of both the Society of Tax and Estate Planning Lawyers and the Taxation Institute of Australia. 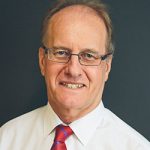