When the Good Are No Longer Considered Great

3 July 2018 at 8:47 am
Louisa Sampson
Pockets of scandal popping up across the not-for-profit sector in Australia and beyond are harming the good name of charities who work hard to deliver crucial services and support. With a landscape that could see faith in the sector dwindle, Louisa Sampson explores how charities can escape the fate of being tarred with the same brush.

Pockets of scandal popping up across the not-for-profit sector in Australia and beyond are harming the good name of charities who work hard to deliver crucial services and support. With a landscape that could see faith in the sector dwindle, Louisa Sampson explores how charities can escape the fate of being tarred with the same brush.

The not-for-profit sector in Australia has officially lost its shine. In 2017, questions about unethical practices in Australian charity fundraising raised eyebrows when direct marketing company Appco was outed for making a staggering $100 million in commission from charity sales.

Government-supported ANZAC charity, the Camp Gallipoli Foundation was exposed for having failed to donate any of its budget to veteran groups, despite spending more than $1 million on publicity endeavours.

Horrifying news emerged that employees from some of the world’s biggest aid organisations sexually harassed and abused women during a crisis relief effort in Haiti.

Heartfelt apologies and sobering statements of acceptance were issued. Government funding was in some cases cut, and despite Oxfam’s Australian CEO reporting that a “small number of donors had withdrawn their support”, it was clear the charity sector had a much bigger problem on its hands.

In fact, formal concerns about Australian charities submitted to the ACNC rose by 42 per cent in 2017, according to a report released by Australia’s national charity regulator.

Mahatma Gandhi wrote a letter in 1947 in which he wisely warned the recipient not to lose faith in humanity. “Humanity is an ocean,” he wrote. “If a few drops of the ocean are dirty, the ocean does not become dirty.” But he may not have reckoned with public perception, and the way it works in the era of social media and 24-hour news. How does the public know who to trust when donating? What makes a charity legitimate?

Too often, charities get caught up in an exercise of distancing themselves from a scandal. Shouting loudly that you weren’t directly involved doesn’t cut it. It comes across as defensive and selfish. The alternative of saying nothing begs the question, when does silence on an important issue in your sector become complicity?

The other extreme is piggybacking atrocities as an opportunity to push your own positive messaging, and it’s just as self-involved. During the recent royal commission into banking practices in Australia, you couldn’t move for banks competing to advertise their strengths in the wake of corruption.

The single actions of an individual can have a ripple effect for so many. Last year Belle Gibson was found guilty of misleading and deceptive conduct. The Melbourne-based blogger claimed she’d cured brain cancer using alternative therapies and nutrition, and misused hundreds of thousands of dollars intended for both charities and the family of a young cancer patient.

The response of Cancer Council Victoria to the verdict in her case is worth noting. After welcoming her punishment as a warning to others, the spokesperson said it was “incredibly important that the general public has trust in charities and where their generously donated funds are being spent”.

Too often we don’t see an answer articulated or expressed clearly to the question: Why should the public trust charities? Not for profits sometimes struggle to speak up about their work. Even when there’s the will to communicate it can be more challenging for them than businesses, with keeping overheads as low as possible a key priority.

The picture isn’t all doom and gloom. In 2017, the Australian Charities and Not-for-Profit Commission’s two-year Public Trust and Confidence report found that 86 per cent of Australians trusted charities, and 91 per cent currently support them by volunteering or donating. This proves that the public’s vote of confidence is there. People do want to believe in good causes and get behind them. But we can’t afford to be complacent.

Accountability has never been more important. Trust is being tested to the point where the “Tripadvisor of charities” has been created. Philanthropic consulting company the Good Cause Co has released a new “Should I Give To…” series examining the strengths and weakness of the Australia’s largest charities.

From sharing what’s been achieved each year, to appropriately reacting and weighing in on key issues that arise in the news, charities need to be seen and heard. They cannot let the mistakes of others cloud the reputation of charities across the board.

Previous statistics have shown Australians contribute $11.2 billion in donations and bequests annually, with three million volunteers offering help to charities across the country.

It is so important that our not-for-profit sector in Australia doesn’t take this support for granted by becoming complacent in the face of crises. The incredible people who keep our charities running with the help of generous donations deserve more, as do the people benefiting from their good work.

About the author: Louisa Sampson is the director of social enterprise at Filtered Media. 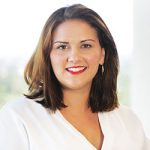 Louisa Sampson is the director of social enterprise at Filtered Media.