Why NFPs Should Volunteer to File a Modern Slavery Statement

Print
Why NFPs Should Volunteer to File a Modern Slavery Statement
26 July 2018 at 1:59 pm

The bill was conceived to prompt businesses to consider how they do business on a global scale, including within their supply chain, and to take steps to eradicate any risk of modern slavery.

Additionally, the Commonwealth has committed itself to complying with the new law.

Under the bill an entity that “carries on business in Australia” with an annual revenue greater than $100 million must report annually on the risks of modern slavery in their operations and supply chains.

This obligation is set out in the Modern Slavery Reporting Requirement which requires a reporting entity to file a Modern Slavery Statement (MSM) for any year that consolidated revenue is above $100 million. Any entity, not otherwise obliged by the law, may volunteer to file an MSM.

Only one per cent of all charities in Australia have an annual revenue over $100 million, and these are mostly universities and hospitals. While four in every five charities (82.8 per cent) report revenues under $1 million.

The majority of NFPs will therefore not be obliged to submit an annual MSM.

The question NFP boards need to ask themselves is whether they want to volunteer to file an MSM. There are numerous reasons why the answer to this question should be yes:

In a word, it is all about NFPs demonstrating leadership.

What does submitting an MSM involve?

While there is no prescribed formula for submitting an MSM, it does not necessarily have to create an administrative burden for an organisation. It is more important to create a process that is manageable and starts raising awareness, than something that is unnecessarily complex.

What to do if modern slavery practices are discovered in supply chains?

If an NFP uncovers modern slavery within its supply chains, it then must determine its own response. The proposed legislation only covers the filing of reports. It does not mandate a particular response. Options may include:

The Hidden in Plain Sight report released by the Commonwealth Government in December 2017 outlines numerous recommendations for companies to investigate their global supply chains. They include:

In Australia, since 2004, there have been reports of over 350 suspected victims of slavery across a range of industries. The Global Slavery Index 2018 estimates there are approximately 15,000 people trapped in modern slavery in Australia, while the United Nations estimates some 40 million people are affected by slavery, with half those located in our Asia Pacific region.

About the author: Rob Jackson is a Partner in Rigby Cooke’s Workplace Relations team and has over 25 years of legal experience. 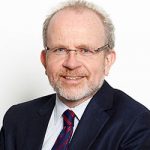 Rob Jackson is a Partner in Rigby Cooke’s Workplace Relations team and has over 25 years of legal experience.